The Dallas Cowboys remained in full recruiting mode on Thanksgiving following a victory in the division rival game against the New York Giants.

Owner Jerry Jones told reporters that he had spoken to free agent and wide receiver Odell Beckham jr and claimed the two of them had a ‘good meeting,’ even though he clarified it was not in person.

According to Fox’s Jay Glazer, Beckham is scheduled to visit the Cowboys on Monday December 5th. 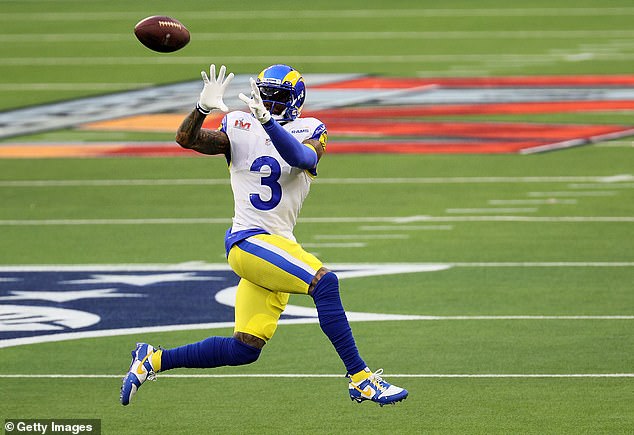 Odell Beckham Jr. #3 of the Los Angeles Rams catches the ball in the second quarter of the game against the Cincinnati Bengals during Super Bowl LVI at SoFi Stadium on February 13, 2022

‘Odell could help us. I believe that right now,’ Jones told reporters. ‘Now, we got to make it fit. That’s the challenge.

‘I think just the general how we make this fit. All of that, availability is huge, but the financial part is really huge, too.’

The Cowboys owner further commented on the health of Beckham’s knee and if he thinks the wide receiver will play this season saying: ‘We’ll see. We’ll have to see.

‘I haven’t gotten the benefit of his rehab work and where he is. That’s where it is.’

Quarterback Dak Prescott who has also been helping the recruiting effort commented on Jones meeting with Beckham saying: ‘He’s not stopping. That’s a good thing.’ 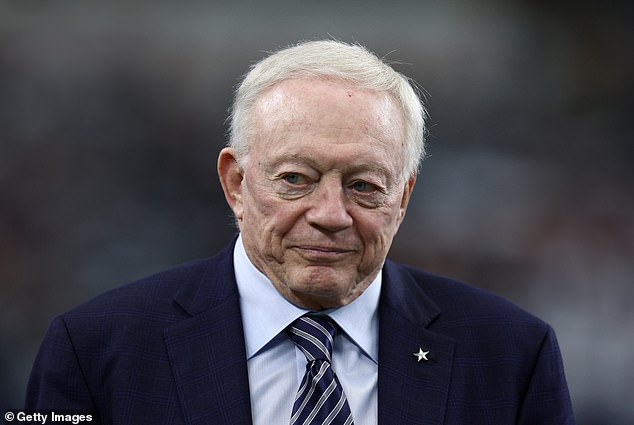 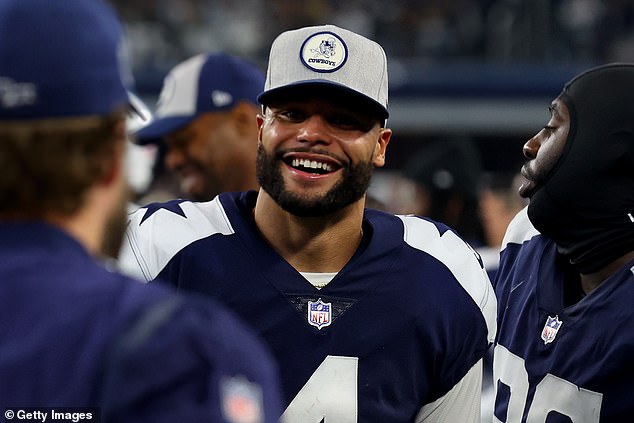 Prescott also said he might send another text message or two and wants Beckham to sign with the Cowboys but the QB of an 8-3 team intends to enjoy some down time first.

Dallas is currently second place in the division behind the 9-1 Philadelphia Eagles.

A receiver of Beckham’s caliber would not only help them possibly make up ground in the division, but more importantly create one of the league’s most formidable offenses going into the post season.

Indonesia needs earthquake-proof houses. Building them is a huge challenge