Patrick Beverley says he received a DEATH threat from an Oklahoma City Thunder ball boy over Russell Westbrook’s injury in the 2013 NBA Playoffs… as he reveals police guarded his house!

Beverley, now of the Los Angeles Lakers, was a pivotal piece with the Houston Rockets during the 2013 NBA playoffs when his No. 8 team played the No. 1 Thunder.

OKC fans were furious after Westbrook’s injury in the Western Conference first round series, given his importance to the team alongside fellow centerpiece Kevin Durant. It seems one of its on-court team wasn’t immune to fury either.

‘I had a ball boy threaten to kill me,’ Beverley said on his self-titled podcast. 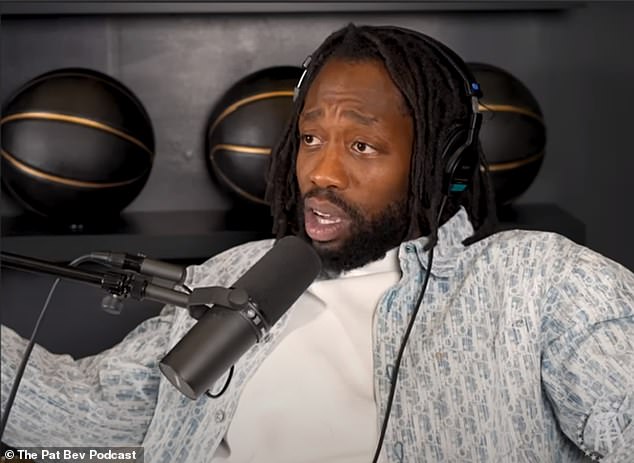 The former Rocket, Clipper and Timberwolves guard revealed how serious it all became

‘I go back to Houston,’ Beverley went on, before describing what his then-head coach told him.

‘Kevin McHale goes, “Hey buddy, just watch out for the media. Story has it Westbrook’s out.”

‘I don’t even know what happened, right? They made the big story. … I get to OKC the next game — police officers in front.

‘They put a police car in front of my house in Houston. I get to the hotel. I’m on the floor by myself, police guy at the door.

‘I’m looking. I go out in the morning for tea or coffee, like a Starbucks, police guys with me.

‘They passing out papers with a young guy’s face on it, like this big. He threatened to kill. The s*** was real.’

Oklahoma City ultimately won the series in six games, largely without Westbrook who suffered a season-ending torn meniscus in the clash with Beverley in Game 2.

Beverley went in for a steal just as a timeout was called, causing Westbrook to slam the announcing table in frustration.

OKC advanced to the Western Conference semifinals before losing 4-1 to the No. 5 seed Memphis Grizzlies.

Westbrook and Beverley have feuded throughout the years but have since smoothed things over as teammates on the struggling LA Lakers. 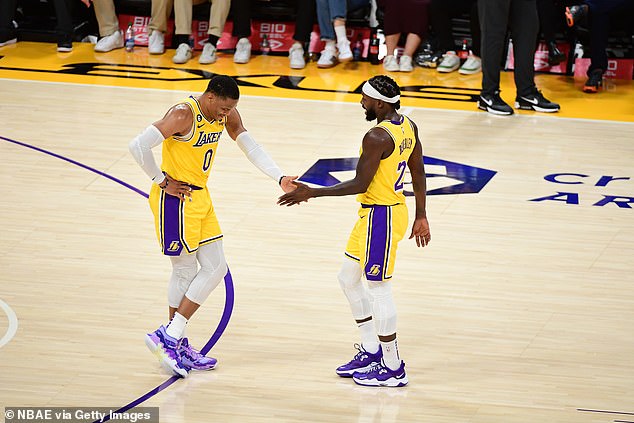