Australia face a daunting task to get out of their World Cup group, but Graham Arnold appears in very good spirits ahead of his side’s opening game as he cracked jokes during training in Qatar.

The Socceroos take on reigning world champions France in their first game of the tournament next Wednesday morning, with the underdogs battling the French, Danes and Tunisians to reach the knockout stages.

Australia’s chances of getting out of their group have been dismissed by many fans and pundits heading into the tournament, but that certainly doesn’t appear to have dampened Arnold’s spirit. 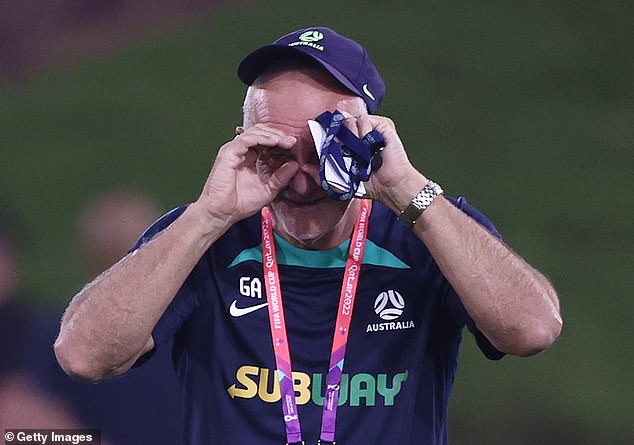 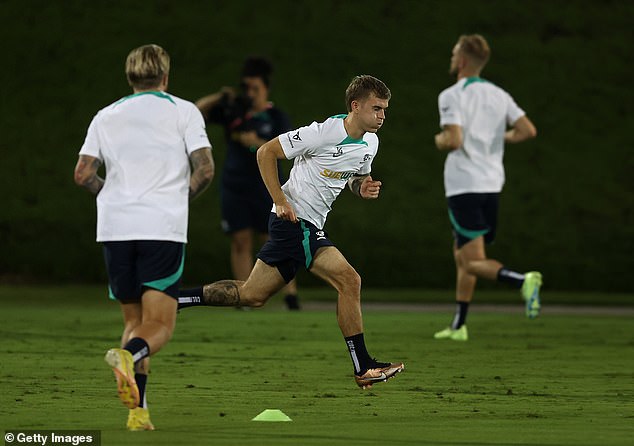 The head coach was pictured in a jovial mood and cracked jokes with the media as his players were snapped being put through their paces during another training session at the Aspire Academy.

Socceroos hero Tim Cahill was heavily involved in the decision for Australia to base themselves at the world class facilities, and having taken part in training earlier in the week, he returned for another runaround on Wednesday evening local time.

The facilities also include an indoor multi-purpose arena with climate-control and the training pitches will also be used by Qatar and Ghana also using the base for their preparations. 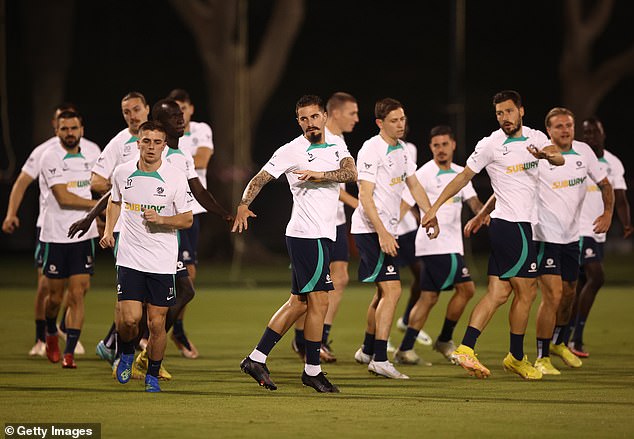 Australia warm up at the Aspire Academy training ground, their home for the tournament 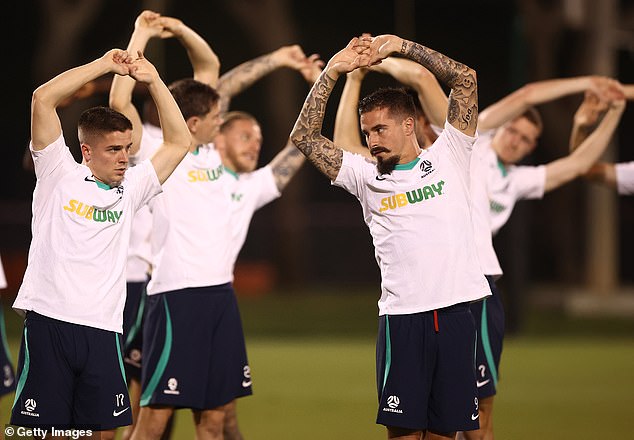 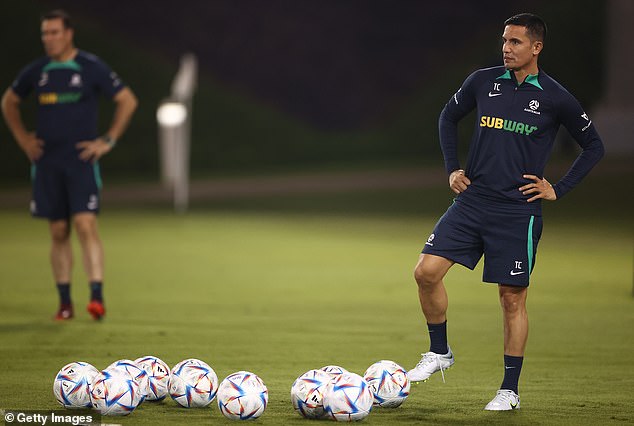 Cahill is the chief sports officer of Aspire Academy and he has credited the facility with the dramatic improvement displayed by the host nation in recent years.

Arnold has leant on Cahill’s expertise in recent months, with footage of the former Everton star giving a motivational speech to the side prior to their qualifying victory over Peru emerging on Tuesday, and he has had a big impact on the squad.

‘He’s given me some great pointers and helping me prepare, to get that kind of one-on-one time with such a legend is priceless. 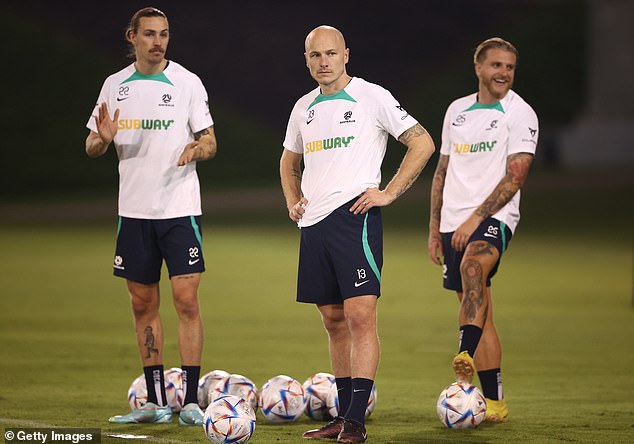 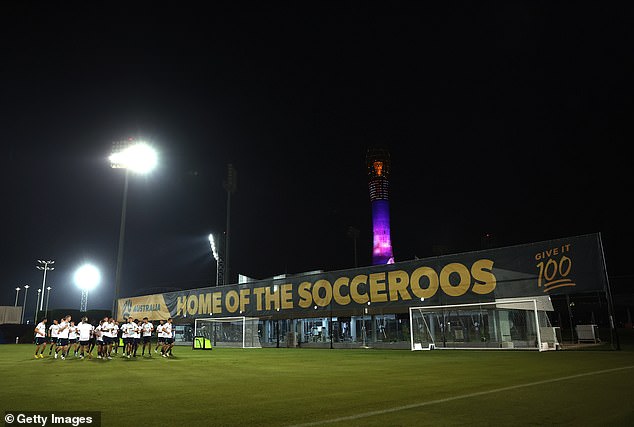 The Socceroos train in front of a giant banner at the Aspire Academy in Doha, Qatar

‘I’m definitely soaking it all in and trying to learn as much as I can.’

Duke, who is firming to start in Australia’s Group D opener against France on November 23, added that Cahill is a natural leader and ‘advice just spills out of his mouth.’

‘Timmy just loves it. He loves the game,’ he added.

‘He’s obviously a very proud Aussie himself and he is still fit enough to kick about as well, which is awesome.’