The Washington Commanders are currently dealing with midseason QB controversy, according to head coach Ron Rivera.

Commanders’ starter Carson Wentz may be activated from IR this week following his recovery from a fractured ring finger.

But Rivera is unsure if he will be ready insert Wentz back into the lineup or stick with Taylor Heinicke, who just handed the Philadelphia Eagles their first loss of the season. 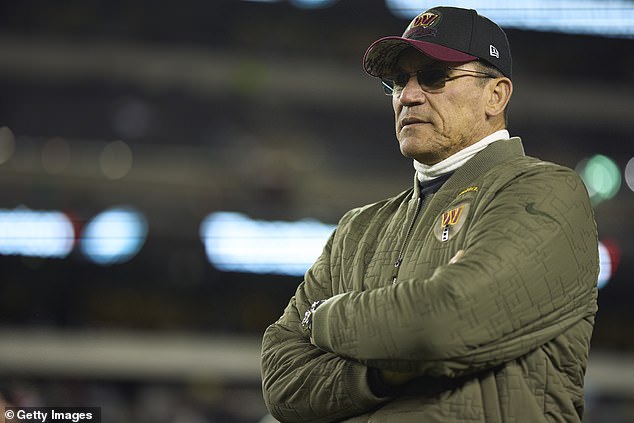 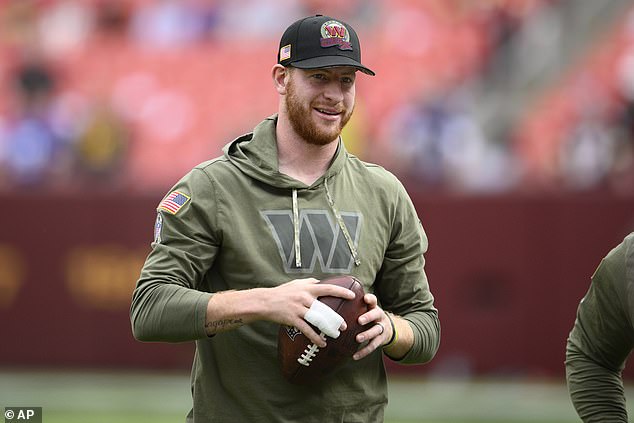 ‘You have to look at the momentum and what the mood of the team is,’ Rivera said. ‘There are a lot of factors.’

‘So the decision will be made about the team first and foremost. Whoever the starter is I will commit to them fully. I don’t want them looking over their shoulder.’

Wentz was acquired by the Commanders in a trade during the offseason and stated that he would be the starter from day one.

Heinicke however currently has the support of the locker and the trust of his teammates on offense who have gravitated to his play style. 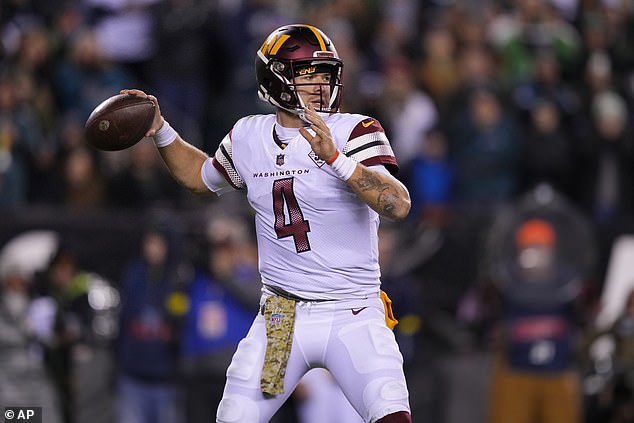 ‘He’s been great for us since he’s got here, honestly,’ receiver Terry McLaurin said. ‘He plays with no fear, everything’s not pretty.’

He is going to extend plays with his legs and get the tough yards. He is going to get us in the right situations. You just feel confident with a guy back there like that.’

‘A lot of people want to measure his height, his arm, all those things. You can’t measure what’s inside of his chest.’