Tom Brady and the Bucs appear to be headed in the right direction, but the team’s former coach Bruce Arians has named the seven-time Super Bowl winner as a reason for the team’s 3-5 start.

Brady threw more than one touchdown for just the second time this season in Week 10, and also posted his highest yards-per attempt (8.9) as he led the Bucs to a 21-16 win – and 5-5 record – over Seattle in Munich. 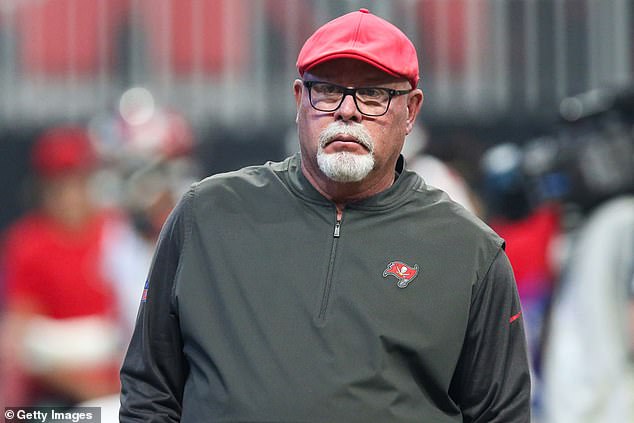 ‘I don’t think it was fair to Byron,’ he told JoeBucsFan.com.

‘Nobody is going to say that Brady was playing bad, but he was playing bad. We also had growing pains on a young offensive front and we weren’t running well. There comes a time as a play-caller when you’re losing yards running the ball and you say, ‘Forget this, I’m putting the ball in Tom’s hands.'”

And Brady hasn’t been quite at his best either, with his yards per game mark (280.5) the lowest it’s been since 2019 – his last year in New England.

While the Tampa Bay offense has been far from explosive this season – it hasn’t topped 21 points in any of the team’s five wins – Arians is confident the upward trajectory can continue. 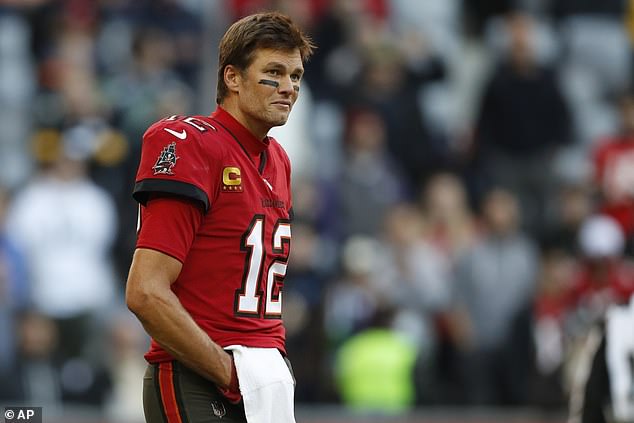 Despite tough battles with the Bengals (5-4) and 49ers (5-4) remaining, Brady and the Bucs lead a weak NFC South division and entered their bye week after a win vs. an impressive Seahawks team.

‘I’m really optimistic about the rest of the season,’ Arians said.

‘First off, we’re getting healthy. Tom smiled at practice last week for the first time this season. He’s going to be fine.’

Cristiano Ronaldo to MISS Portugal training with a stomach bug