France youngster Eduardo Camavinga, 20, is targeted by racist abuse online after footage emerged of his mistimed tackle injuring team-mate and Chelsea target Christopher Nkunku, ruling him out of the World Cup

Eduardo Camavinga has been the target of sick racist abuse after his mistimed tackle on France team-mate Christopher Nkunku in training ruled him out of the World Cup.

France were taking part in a final training session before the tournament at their Clairefontaine base on Tuesday, when Camavinga lunged in with a mis-timed challenge on the RB Leipzig star.

Nkunku was seen clutching onto his leg in pain and was helped off the training pitch before undergoing medical tests that would eventually doom his World Cup hopes.

The Real Madrid midfielder though was targeted for his actions with a supporter replying to a video of the incident calling the 20-year-old a ‘sale singe’, which translated into English from French reads ‘dirty monkey’.

Team boss Didier Deschamps called up Eintracht Frankfurt forward Randal Kolo Muani as a replacement on Wednesday mere hours before the team flew out to Qatar for the World Cup.

The world champions confirmed in a statement: ‘Didier Deschamps has decided to summon the Eintracht Frankfurt striker to replace that of RB Leipzig’s Christopher Nkunku.

‘The FIFA Medical Committee having endorsed the withdrawal of Christopher Nkunku due to injury, Didier Deschamps had the possibility of calling a player to replace him. 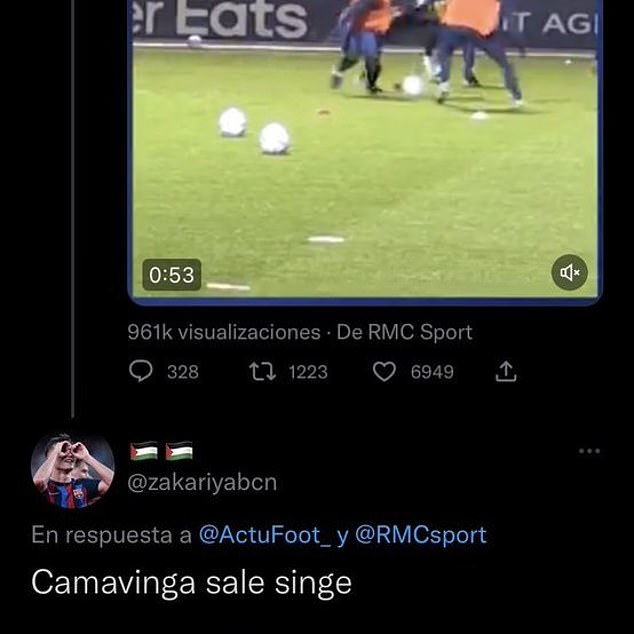 ‘The national coach has decided to call on Randal Kolo Muani. The Eintracht Frankfurt striker, currently in Japan with his club, will join the French team in Doha on Thursday morning.’

Nkunku’s injury was the latest blow for the reigning World Cup champions, with midfielders N’Golo Kante and Paul Pogba, as well as defender Presnel Kimpembe all absent from the tournament.

The initial reaction to the incident from those present suggested worries about the impact the knock could have on his ability to participate in Qatar. 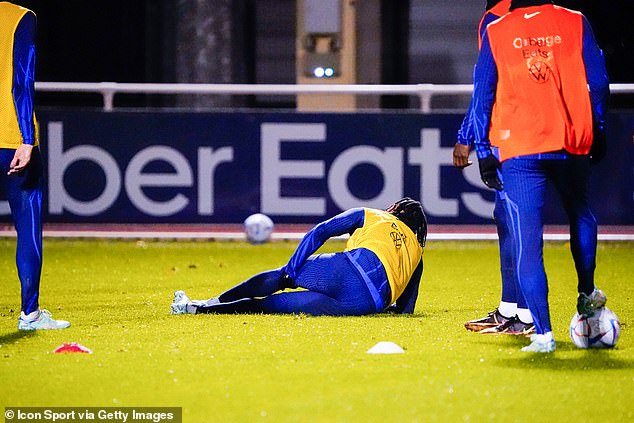 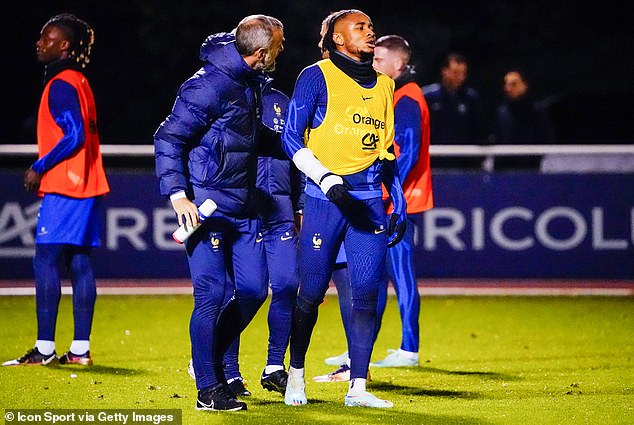 The Leipzig forward has been in superb form so far this season, scoring 12 goals and adding two assists in just 15 Bundesliga games.

As a result, he is top of the scoring charts in the German top flight and also helped his side to qualify for the Champions League knockout stages.

France are in Group D for the tournament in Qatar, alongside Australia, Denmark and Tunisia. They open their campaign against Australia on Tuesday. 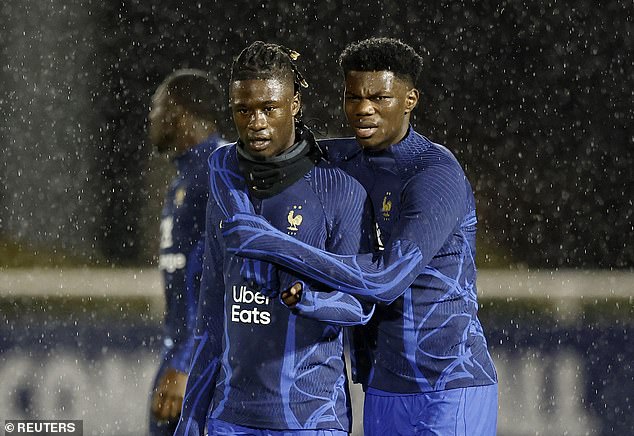