By Ap and Alastair Talbot For Dailymail.Com

The Buffalo Bills have been forced to alter its practice schedule this week after at least five players on the team fell sick.

‘We’re going to adjust practice because we don’t have enough numbers to practice,’ McDermott said. ‘So we’re going to adjust a little bit, we’ll go out there and do some individual and then have to just service offense, service defense, so some of this is affected by that.’

To make matters worse, Bills quarterback Josh Allen has also been limited in terms of mobility in practice, as of late, due to a right elbow injury that he sustained in the final minutes of Buffalo’s Week 9 loss to the Jets. 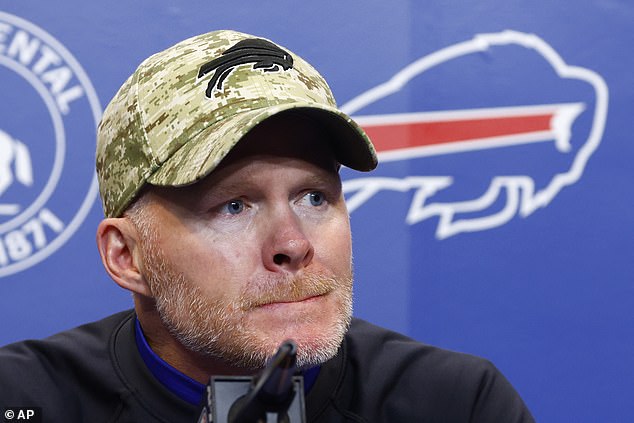 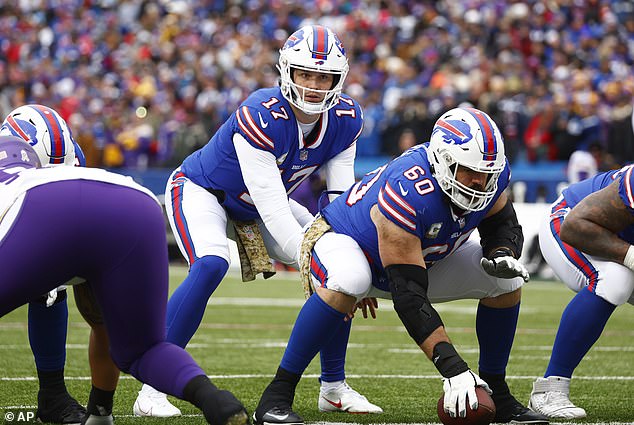 Since then, the 26-year-old has been wearing a sleeve on his right arm, including against the Vikings in a 33-30 loss. Over the course of this season, Allen’s thrown for 2,733 yards (64.5 pass completion), including 20 touchdown passes, but the number of turnovers (10) is starting to show in recent games, with three of them coming against Minnesota.

On Wednesday, he was noticeably sitting out of a few physical and throwing drills, ESPN reported. However, the Bills’ backup quarterbacks, Case Keenum and Matt Barkley, were involved in them.

‘It’s day by day,’ McDermott said regarding Allen’s right arm. ‘And I’m saying that not because anything’s changed, but we reassess and see where we’re at after today and what tomorrow looks like and how he is and maybe even what practice looks like.

‘Practice today allows some guys to practice the way we’re practicing that wouldn’t have normally practiced due to some injuries. So we’ll just stay flexible.’ 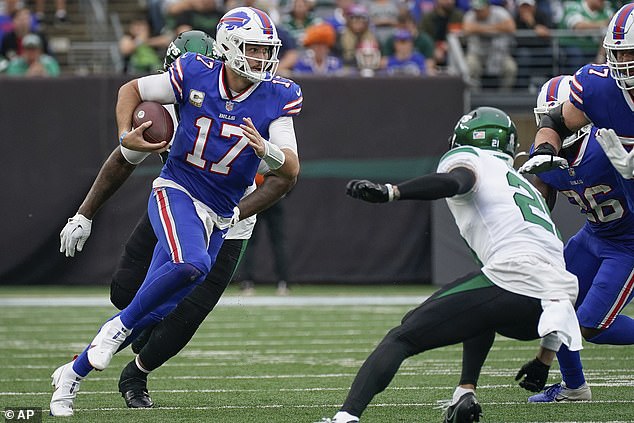 Perhaps, an intervention of sorts might be in order for Allen who in one month has gone from leading the NFL in yards passing and touchdowns passing (in October) to now leading the league with 10 interceptions.

The defense has been an issue too, allowing a combined 529 yards rushing in its past three outings. An injury-depleted secondary was unable to contain Vikings receiver Justin Jefferson, who had 10 catches for 193 yards and a touchdown in the Bills’ last game.

Much of the Bills’ success the previous two seasons — consecutive AFC East titles and three playoff victories — can be attributed to Allen. It’s only fair, too, that he’s the only one to shoulder the blame for what’s gone wrong of late. 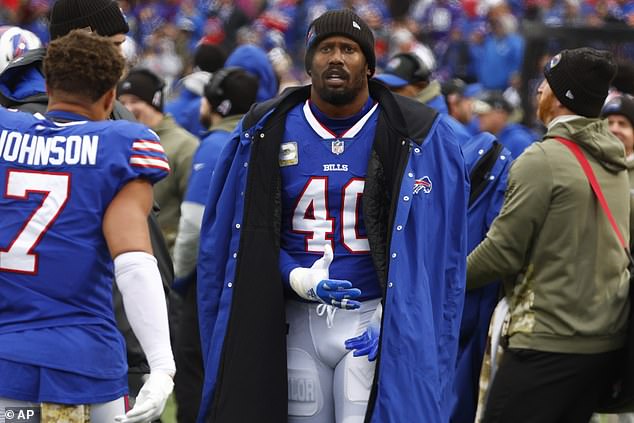 And yet, receiver Stefon Diggs cited one of Miller’s familiar mantras by raising a sliver of concern.

‘Von always says don’t blink,’ Diggs said. ‘And I feel like we might be blinking a little bit.’