It marked another loss in a close game for the Raiders that saw starting quarterback Derek Carr become emotional while speaking to reporters following the game.

However, Davis stood up for his coach as he insisted McDaniels was doing a ‘fantastic’ job, despite the humiliating loss. 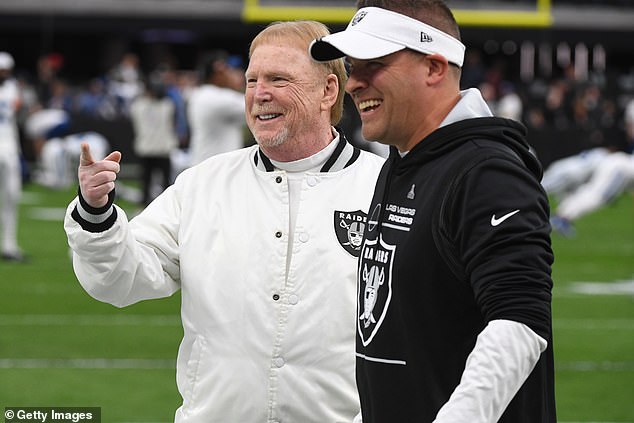 ‘As far as Josh goes, I have no issues,’ Davis said. ‘I’m getting to know him a lot better. When you sign someone to a contract, don’t you expect him to fulfill the contract?’

‘I like Josh. I think he’s doing a fantastic job. You have to look at where we came from and where we’re going.’

‘So we did an exhaustive search and found the person we believe is going to bring the Raiders to greatness in the future.’

Jon Gruden resigned from the team last season after it was discovered he used racist and homophobic language in emails. 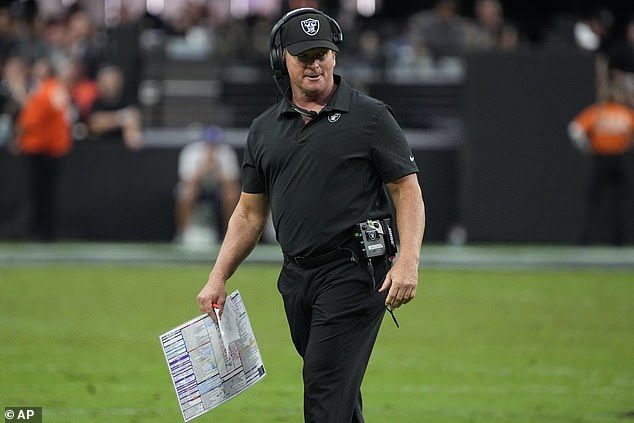 McDaniels also spoke glowingly on his relationship with Davis while speaking to reporters on Monday.

‘He’s been great,’ McDaniels said. ‘He has the same urgency that that we all do, if not more. He’s been here a long time.’

‘He’s seen this when it’s been good, and he wants to win as bad or worse than anybody else does. And he feels the frustration at the same time.’

Carr highlighted the frustration that some within the Raiders building are feeling in his emotional press conference on Sunday.

‘Sorry for being emotional. I’m just pissed off about some of the things that a lot of us try to do just to practice. What we put our bodies through just to sleep at night.,’ Carr said in his press conference after a 25-20 loss to the Colts.

‘And for that to be the result of all that effort pisses me off – pisses a lot of guys off. It’s hard knowing what some guys are doing – like I said – just to practice, what they’re putting in their body just to sleep at night. Like just so we can be there for each other.

‘And I wish everybody in that room felt the same way about this place. And as a leader that pisses me off, if I’m being honest.’

Las Vegas will face off against the Denver Broncos this week as they try to turn things around in a battle of under-performing AFC West teams. 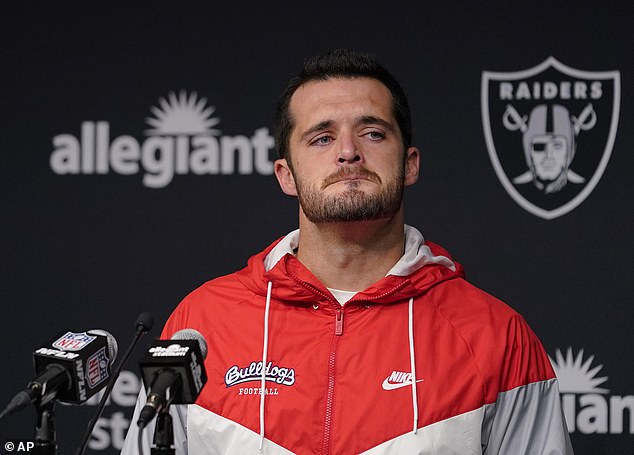 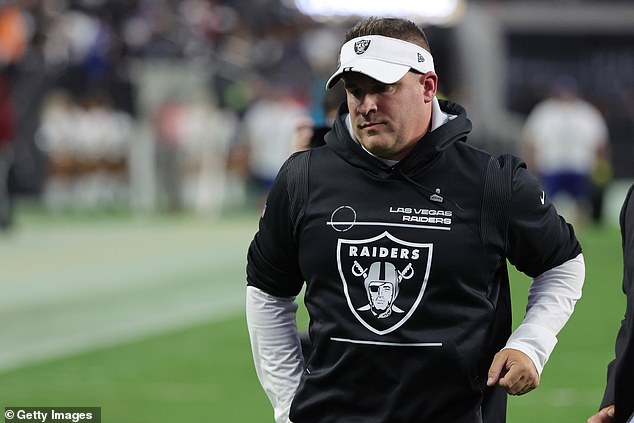