England stalwart Kieran Trippier insists has no plans to retire from international duty but concedes this World Cup is likely to be his last.

Gareth Southgate‘s squad arrived in Qatar on Tuesday night and will undergo a light training session on Wednesday before serious preparations for the open against Iran being on Thursday.

Trippier is set to start England’s opener as Southgate eases Kyle Walker back to fitness after groin surgery. 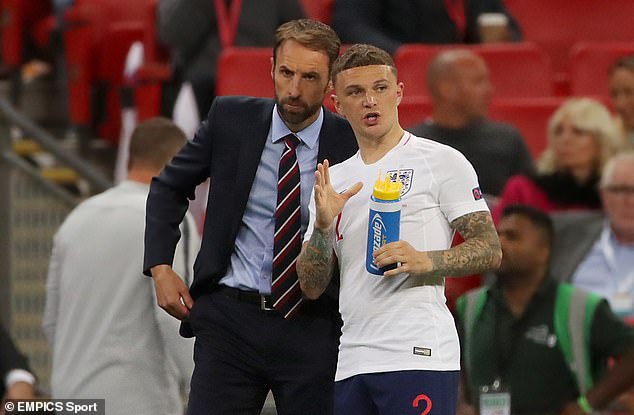 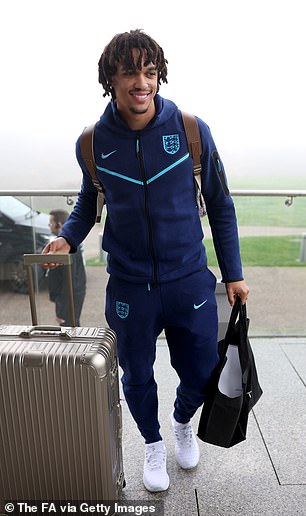 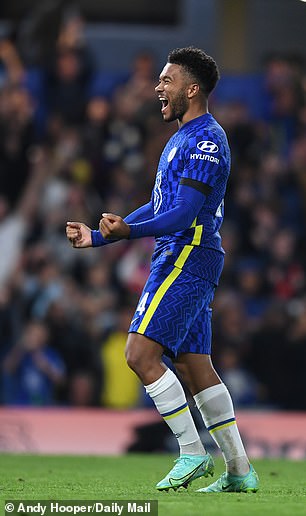 The Newcastle full-back is one of England’s most experienced players and at 32, is entering the latter stages of his career.

But Trippier – the third eldest member of Southgate’s 26-man party – is adamant he has no intentions of quitting the international scene but accepts he may not be selected for World Cup 2026 in the USA. 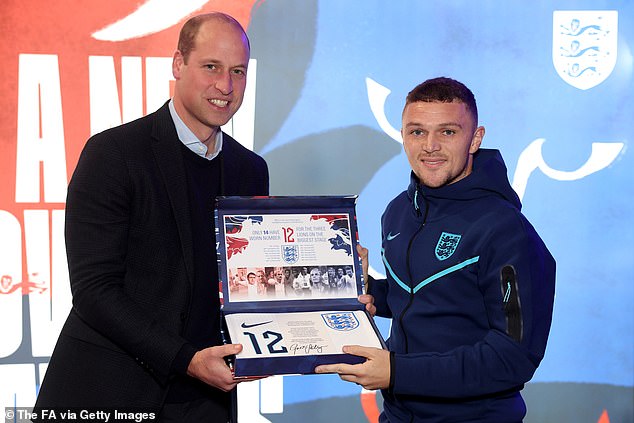 Trippier (right) pictured alongside Prince William, Prince of Wales, with his England shirt

‘I know I’m 10 years older than them. In myself, I’m realistic that the next World Cup is four years’ time, so I probably won’t be there.

‘I’m not saying I’m retiring but I’ve got to respect that I’m up against unbelievable competition, younger players than myself.

‘I’ll never ever retire from England until the manager tells me otherwise, I’ll always give my all if I’m called upon.

‘But I’ve got to respect that I’m up against very good right backs and they’re very young as well. I need to keep performing for as long as I can, as high as I can and I’ll never quit.’