While Samoa might be a tiny island surrounded by the Pacific Ocean, the efforts of the national rugby league side to make the World Cup final have reverberated around the globe.

When Penrith star Stephen Crichton kicked the winning field goal in their semi-final against England, the celebrations kicked off from London all the way to New Zealand.

Former Manly star Martin Taupau missed the game through injury, but documented the experience on his phone.

He captured a passionate post-game speech from captain Junior Paulo, who spoke to his teammates about how big their achievement was and the impact it had for people from Samoa all over the planet.

‘I don’t know if I have the words to describe how much it means,’ Paulo said. 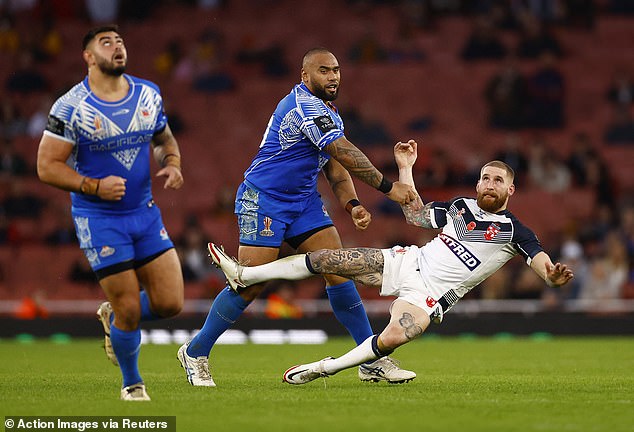 ‘It was always going to be tough when a lot of critics were against us but we always said the only thing that matters is the people in this room.

‘That was going to be the only thing that carries us throughout this tournament. I said it before, that belief never changed right from the get-go, from the first day we came into camp together.

‘They have never forgotten about us and now we have one more week to enjoy everything together. Enjoy spending time, enjoy the win and enjoy waking up tomorrow like this.’

Coach Matt Parish echoed his captain’s thoughts and urged his charges to soak up the moment.

‘I see so much inspiration, pride and passion from everyone … to make all of this happen,’ Parish said.

‘It is special so enjoy it – enjoy this week, enjoy tonight, let’s make the most of this opportunity. I am happy it is not over.’

However, one Samoan fan took his enthusiasm for the victory a little bit too far while watching the match in the pub. 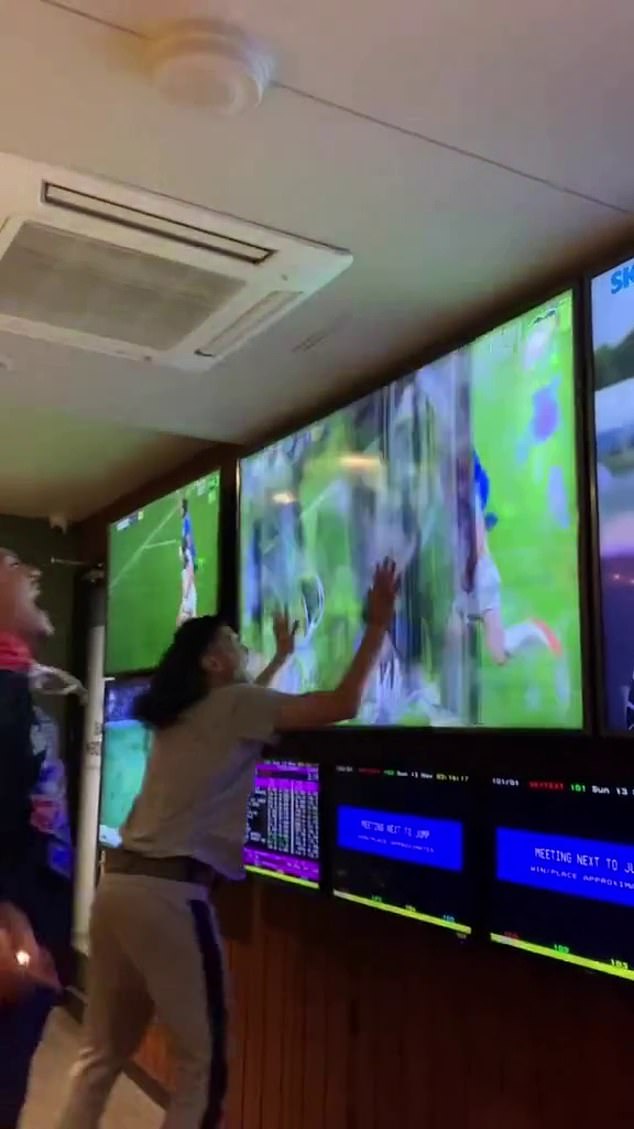 An enthusiastic Samoan supporter slaps the television at the local pub to celebrate a try, breaking it in the process

Vision has been widely shared on social media of the fan slapping a television as Samoa ran in a crucial try, immediately breaking the screen.

When he realised what he had done, the fan immediately put his head in his hands while the pub’s security guard gave him a stern talking to.

You can hardly blame the fan for being so enthusiastic, though, with match-winner Crichton saying the messages of support coming from far and wide were driving the Samoan team in their David versus Goliath fight. 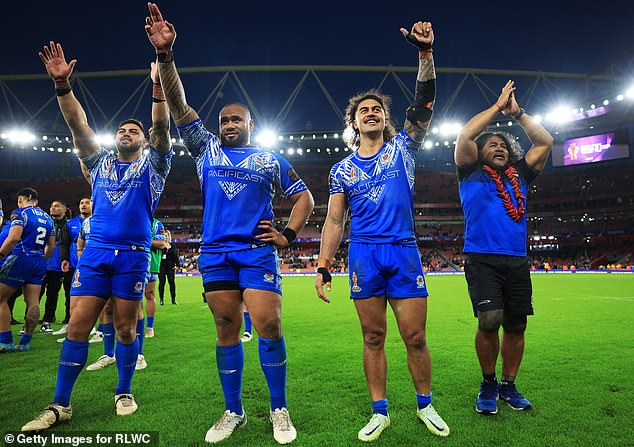 ‘This is what we strive for, to put our little country on the map. I think we’ve done that. I don’t know about the other boys but I definitely took my decision [to play for Samoa] by heart and this is the whole reason for it.

‘Australia and the NRL has given me a massive opportunity to represent my family and the first World Cup, I think I owe it back to my mum and dad and my grandmother back in Samoa.’