Adelaide has won the race to host the first LIV Golf tournament in Australia, with international stars including Cameron Smith teeing up at The Grange Golf Club in April next year.

The Adelaide course has been chosen by LIV CEO Greg Norman-led breakaway league to host the three-day tournament from April 21-23 as part of a 14-stop global schedule.

Norman said the ‘phenomenal’ response from South Australian Premier Peter Malinauskas was key to getting the agreement over the line, telling the Adelaide Advertiser that he’ll ‘never forget’ his first phone call with the leader.

The ‘Great White Shark’ said in a statement there was ‘massive potential’ for Australia to play a role in the Saudi-backed league which also features major winners Dustin Johnson, Bryson DeChambeau, Brooks Koepka, Phil Mickelson and Sergio Garcia. 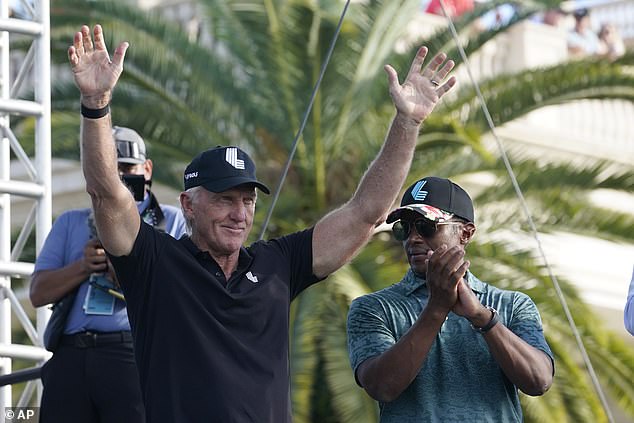 The US PGA Tour does not play top-tier tournaments in Australia, with big names only lured by the Presidents Cup, which was last contested in Melbourne in 2019.

‘Passion for sport is at the core of Australian culture, and LIV Golf is proud to bring its global league to a country deserving of the world’s top competition,’ said Norman.

‘This is an opportunity to grow the game with generations of Australians while connecting them with star players like Cameron Smith who are building a new platform for golf around the globe.

‘There is massive potential for Australia to play a bigger role in this great sport, and I couldn’t be more excited to showcase Adelaide for our league’s debut year.’ 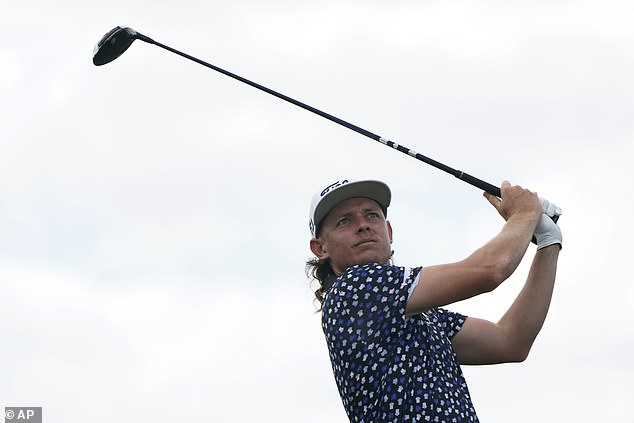 Meanwhile Smith has called for an end to ‘petty’ decisions issued by the PGA Tour that are blocking LIV Golfers from playing the four majors.

Golf’s leading body The Royal & Ancient Golf Club of St Andrews (R&A) has all-but rubberstamped approval for Smith to defend his title from The Open that he won on the PGA Tour this year.

But a decision on whether LIV defectors can play in PGA events The Masters, USPGA Championship and US Open remain remain up in the air.

As it currently stands, the PGA Tour has placed an indefinite ban on LIV golfers and the DP World Tour is trying to do the same thing, waiting on a court decision.

Smith earned a five year exemption to play all four majors courtesy of his win at The Open this year but he wants to see politics put aside so fellow LIV golfers can also play PGA Tour events.

‘I think the majors really have to stand above all the politics,’ Smith told The Sydney Morning Herald and The Age.

‘If they really want the best product and the best players playing against each other in the world, they have to let us play. There’s no reason other than playing another tour that should suggest we shouldn’t play.

‘We’re definitely good enough players. We should have those spots.’

Smith wants to see the arguments from both sides cease so that golf becomes the ultimate winner despite the fracture caused by LIV Golf and the player drain from the PGA Tour.

‘There were things where … there was just some petty stuff going on. It wasn’t just one side. I’m hopeful that all that is going to really die down. It would be nice because it’s not golf. 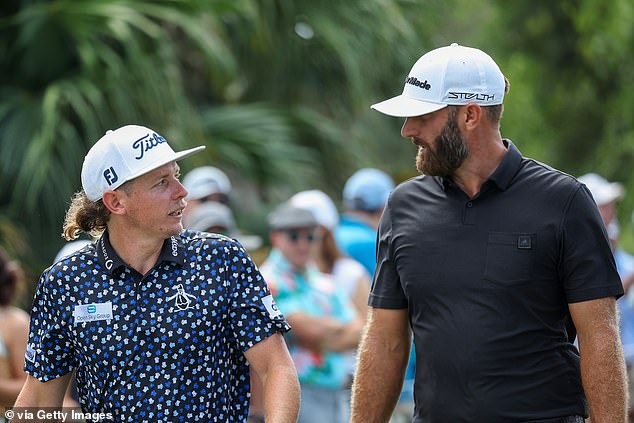 ‘I feel like golf has always been a sport to overcome all these different problems throughout the world, and it feels like it’s taken a step back.’

The Grange has hosted major professional events including the West Lakes Classic, where Norman claimed his first professional victory in 1976.

The Victorian government reportedly knocked back an approach from LIV, preferring to side with the PGA in the golfing battleground.

British Open champion Smith, fellow LIV rebel Marc Leishman, as well as Adam Scott and Cameron Davis will return home this month for a series of tournaments starting with the Australian PGA in Brisbane.

The event is co-sanctioned with the DP World Tour (formerly European tour) and LIV defectors are allowed to play.