After a week in which Manchester City announced the highest commercial revenues in the history of English football, and publicly confirmed they remain under investigation by the Premier League over alleged financial irregularities, the Mail on Sunday has uncovered new anomalies in one of City’s most recent commercial partnerships.

The reigning league champions trumpeted a deal with gambling firm 8xBet in the summer as they introduced ‘a new regional partnership that will see the brand become the Official Betting Partner of the club in Asia.’

This was followed by Norwegian magazine Josimar asking about apparent contradictions in 8xBet’s claimed history, from when they were founded to who actually worked for them. Neither City nor 8xBet responded then. 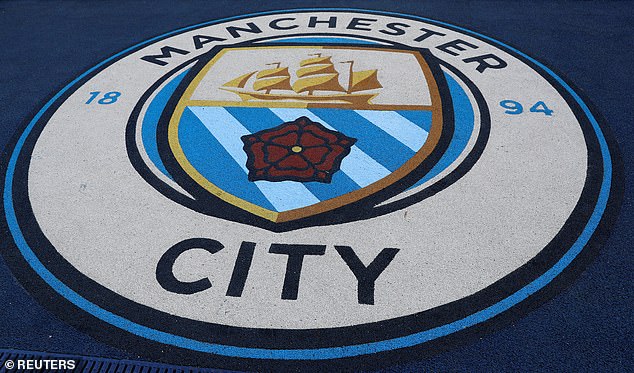 A glossy promotional video that announced Teddy Sheringham as an 8xBet ‘ambassador’ earlier this year was not intended to be anything but a ‘fictional narrative’, a source close to 8xBet says.

Yet 8xBet’s founder and acting CEO, Ryan Li, contradicted this in an interview in which he said: ‘Just like when a football club makes a star signing, we wanted to show our pride and excitement and to let everyone know about Teddy joining 8xBet.

‘So, the first step was to celebrate the partnership with our official signing ceremony, which is featured in our announcement video.’

Sheringham continues to promote the firm as an ambassador, and the video depicts a woman apparently representing 8xBet shaking hands on that contract. 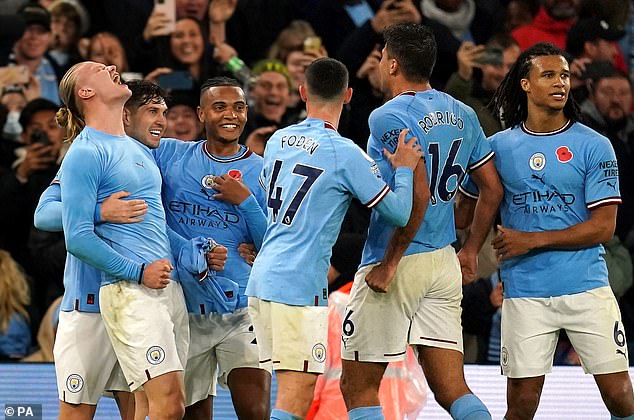 The woman is actually a London-based model called Jasmine who more typically poses for bikini, lingerie and fashion shoots, and holds no role at 8xBet. The source says it is the ‘regular practice’ to use actors and models for such shoots.

Back in the summer, a LinkedIn profile of someone claiming to be 8XBet’s co-founded and CEO, Trinh Thu Trang, was deleted after it was shown her profile photo was a stock image.

The MoS has now established the same image was widely used across the internet, including on a sex site where the user was offering services as a bisexual ‘cam model’.

Manchester City provided the Mail on Sunday with an email address for a man called Jet Zhu, the CEO of a Dubai-based marketing firm, QOO Global, and the de facto spokesman for 8xBet, to answer all questions related to the firm.

Mr Zhu did not want to speak on the record but a source said the Trinh Thu Trang profile was ‘false’ and not posted by anyone from 8xBet.

Mr Zhu’s own firm, QOO has some peculiarities. The firms claims it has up to 50 employees but their website only carries examples of work for one client: 8xBet. A source close to QOO said the marketing company was not able to name any other clients ‘due to confidentiality’.

Of QOO’s employees, 23 apparently have LinkedIn profiles but these include a man based in Lahore, Pakistan who has a Facebook page promoting his work as a motivational speaker, and inspirational quotes by Martin Luther King .

Contacted by the MoS, he said he was the CEO of his own company, then claimed he was the CEO of QOO, which is not true. Asked if we could meet him at QOO’s office in Dubai, he could not provide an address and said: ‘We are working digitally from Pakistan and Dubai.’

Another supposed full-time Dubai-based QOO employee appears actually to work for a healthcare company while a third stopped answering questions when asked about 8xBet. A fourth has her own business offering website development and digital marketing services.

A source close to QOO said that personal social media profiles were not monitored by QOO and some people claiming false associations with QOO have been reported to LinkedIn. 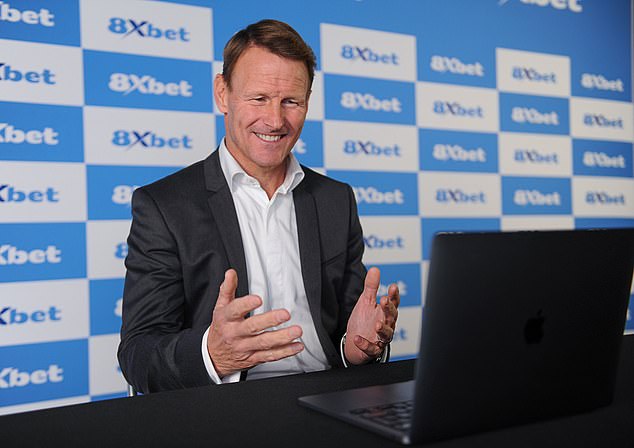 The Mail on Sunday has requested a company HQ address for 8xBet and a phone number and no details have been forthcoming.

These developments come a week after the MoS reported that Fulham had dumped a commercial partner, Titan, following an investigation by this newspaper, showing it was ‘staffed’ by fake employees played by actors, and guaranteeing unrealistic financial returns of ‘at least’ 480 per cent profits per year.

Manchester City’s annual accounts for 2021-22, published last week, showed their commercial revenues are now £309.5m, up 13 per cent in a year and now more than half their total income. Commercial giants and cross-city rivals Manchester United earned only £258m from such deals in the same season.

The investigation is well into a fourth year and moving especially slower as City’s lawyers continue to contest its legitimacy.