By Nathan Jones’s own admission the elephant in the room was that he was not the biggest name Southampton could have picked as Ralph Hasenhuttl’s successor and they have taken a ‘calculated gamble’ in appointing him.

That might put him on the back foot with both supporters and players to start with but he is no stranger to being an underdog.

‘I’m excited about changing opinion or reversing a negative trend,’ he said. ‘That’s what I’ve had to do in my career because I’ve always kind of been an underdog. 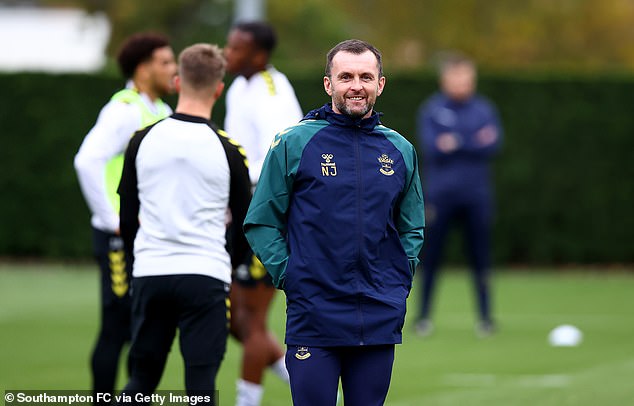 ‘The fact that a skinny, rat-faced Welsh boy is managing in the Premier League, that’s pretty much of a good story.

‘I come from a mining community in Wales which is the back end of anywhere. Really good upbringing and I left school at 16 to go to Cardiff City.

‘I got released from Cardiff City and then 33 years later I’m managing a Premier League club. It’s an underdog story really. 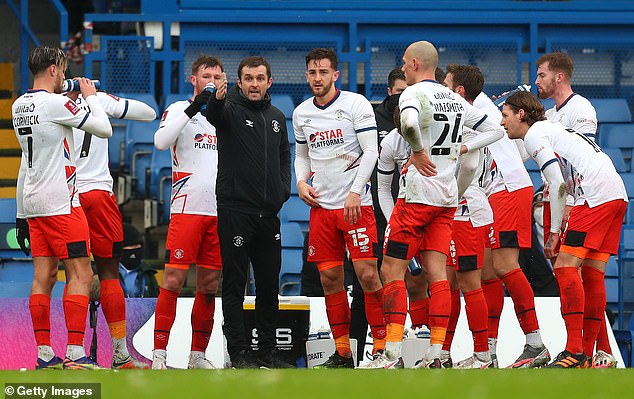 ‘I’ve never been given a golden spoon [and told] “there you are, go and fill your boots.” I’ve always had to work for everything and in God’s will I’m here where I am now.’

Jones’s determination and belief in his methods shone through during the sort of impressive and confident unveiling that might have left some of his doubters pondering if they have judged him too quickly.

That faith in what he is capable of is why Jones feels any handicap he might be starting with can be overcome.

He said: ‘I can stay as a Championship manager for the rest of my life [where] I’ve got a decent name.

‘I’ve got an unbelievable name at League One and at League Two I would actually be a real coup so unless I want to stay at that level sooner or later I have to get past that.

‘But I’ve never, ever made a decision based on my name. It’s my work so if I feel I can impact and really do something then, yes, I make that choice.

‘Despite not being the biggest name the substance is in the work and that’s what gave me the confidence to choose to come here.’ 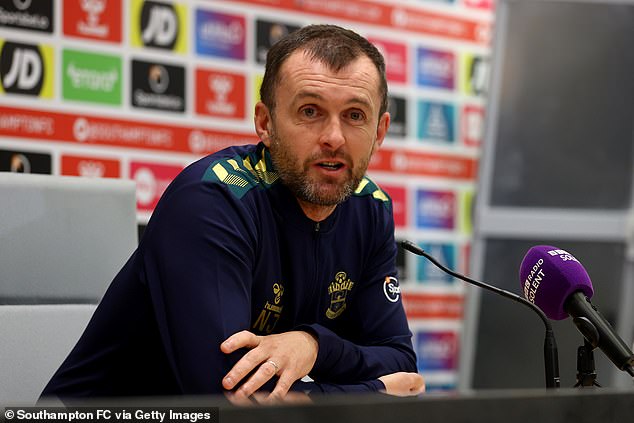 In his time at Luton, just over five years split over two spells, Jones led them away from League Two relegation danger and into the Championship play-offs.

At one stage well into the 2017-18 season his Luton side were English football’s highest scorers, even more prolific than Pep Guardiola’s then Premier League leaders Manchester City.

Jones has earned a reputation as a very good coach capable of maximising the talent at his disposal in how he deploys and what he extracts from them.

And his track record of developing young players along with the proof he can build teams who punch above their weight helped him tick the right boxes for Southampton’s owners Sport Republic, with the 49 year-old scoring highly when they assessed a string of names against what they are trying to build at St Mary’s.

Buying into passionate Jones and his methods is key to making things work under Welshman.

Luton’s players did that wholeheartedly and Jones says he has left a group of players who would ‘metaphorically die for me every week.’ 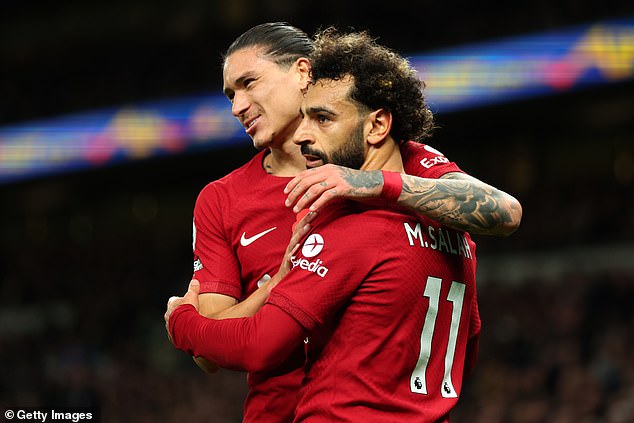 Stoke’s did not, the big reason why it was an ‘inauspicious’ reign that lasted just 10 months, but Jones says he has learned from that as both a person and manager.

‘I want to be that manager, that coach that basically changes their life.’

These last few days have been a big period in Jones’s life and he joked: ‘It’s been a whirlwind. I’ve been up and down the country, my own [Luton] game Tuesday, Southampton game [on Wednesday], meeting everyone, the World Cup and every little thing that could possibly happen.

‘Just praise the Lord my wife is not pregnant as literally that would be the most manic week you could ever imagine.’

Jones will have to wait for things to slow down as his reign starts with the small matter of a trip to Liverpool today, ‘one of the toughest places in Europe to go,’ he said.

After that Jones is grateful to have the World Cup break to really start the process of moulding Southampton into the team he wants – one that plays on the front foot, does the basics right and everything to win, gets clean sheets, scores goals and racks up the victories.

‘A week or two ago I was lambasting the World cup and saying it piles massive pressure on Championship clubs for the fixture schedule and for everything it was unfair on players,’ he laughed. 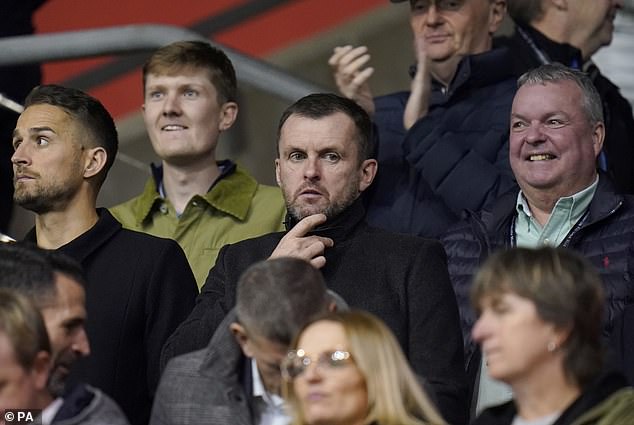 ‘From what I labelled some people at FIFA [then], now they are absolutely geniuses! I’m so, so happy that someone has put a World Cup in Qatar in November.’

Jones wants supporters to ‘keep an open mind’ following his appointment and his plans will be music to their ears, not least those in his own family.

He said: ‘My wife’s great grandfather played for Southampton then her grandfather went to watch Southampton. He was a massive, massive Southampton fan. Brought her dad and uncle up and they’re season ticket holders.

‘Her brother is also a massive Southampton fan so absolutely zero pressure. The dad is giving me tips last week when they’re playing Newcastle saying “you’ve got to do this when you go in, you’ve got to do that” so he’s been blocked!

‘And now he has to go through the right channels just to get to me and that’s not because I’m suddenly a Premier League manager it’s because I can’t have that!

‘It’s a wonderful connection, wonderful for that family and I’m now effectively the biggest Southampton fan because my life depends on it.’

Paige Spiranac is 'so sick' of criticism of LSU gymnast Olivia Dunne, slams 'belittling' of women