Granit Xhaka was forced off during the early stages of Arsenal‘s crucial 2-0 win against Wolves on Saturday, but manager Mikel Arteta has since revealed the Swiss star was merely struggling with a sickness problem.

The Gunners capitalised on Manchester City‘s 2-1 defeat by Brentford on Saturday to climb five points clear at the summit of the Premier League ahead of the World Cup break, thanks to a well-taken double from captain Martin Odegaard.

Xhaka, who went down on his haunches soon after kick-off, played for the first 16 minutes of the match in some discomfort before making way for substitute Fabio Vieira.

During his post-match interview, Arteta confirmed Xhaka was suffering from a sickness bug, which had been making its way around the Arsenal camp. 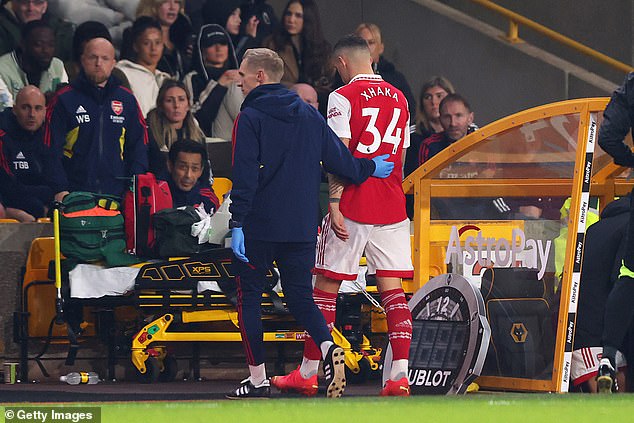