‘You could pass gas and they’ll think it’s perfume!’: Stephen A. Smith rips the Lakers after their disastrous start, accusing them of ‘stinking up the city of Los Angeles’ in hilarious rant

Stephen A. Smith has undressed the Los Angeles Lakers in his uniquely overexuberant style after the franchise’s horrific start to the season.

Smith took aim at the organization and team through a broader lens Thursday following its embarrassing fall to an abysmal 2-9 record.

The Lakers lost 114-101 to the crosstown rival Clippers Wednesday in yet another low on the season.

Things were made worse when LeBron James exited the game early with left leg soreness. 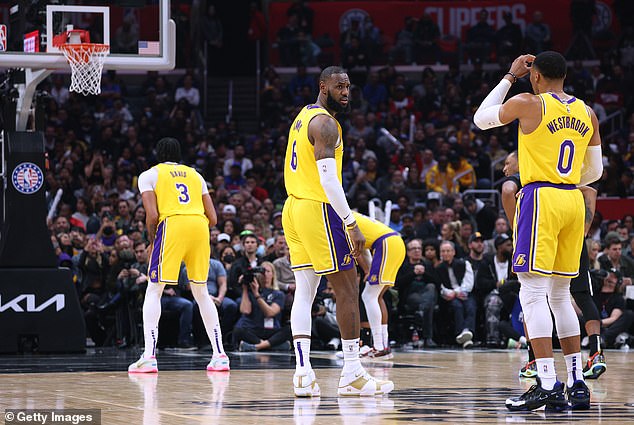 ‘I mean they’re so bad, you could pass gas and they’ll think it’s perfume. They are stinking up the city of Los Angeles. It is an atrocity! They are bad.’

While James notched 30 points in arguably his best performance this season, the Lakers currently rank last in three-point percentage at 29.3% and second-last in points differential at -8.4. 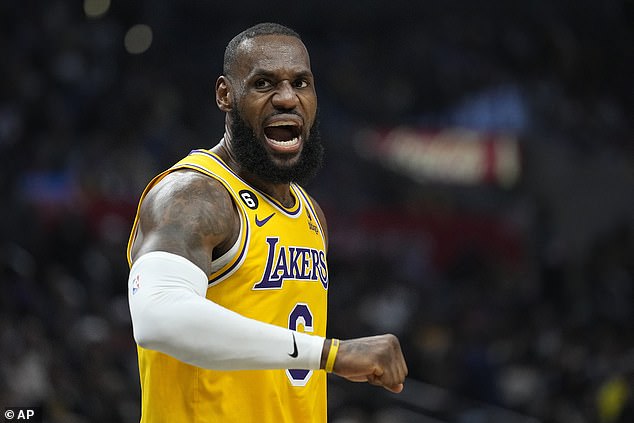 The Purple and Gold’s 2-9 record is the second-worst in the entire NBA, only bettered by the 2-10 Houston Rockets.

Though, Los Angeles have an opportunity to obtain the worst record in the league with a tough four-game stretch before Turkey Day.

‘The Lakers season might be over by Thanksgiving. That fourth game against San Antonio is November 20th. If the Lakers can’t win two of those games, it’s a wrap. 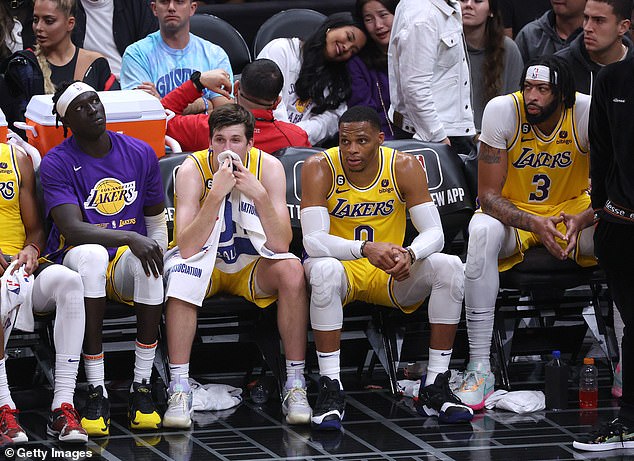 ‘I mean, it’s a wrap anyway but I’m just talking about the stench. You might smell the stench from here in New York City if they lose three of these four games.

‘Or do I say all four, because that’s what happens when you can’t shoot!’

The Lakers next host fellow struggles Sacramento (4-6) on Friday night as they look to get their season back toward relevancy. 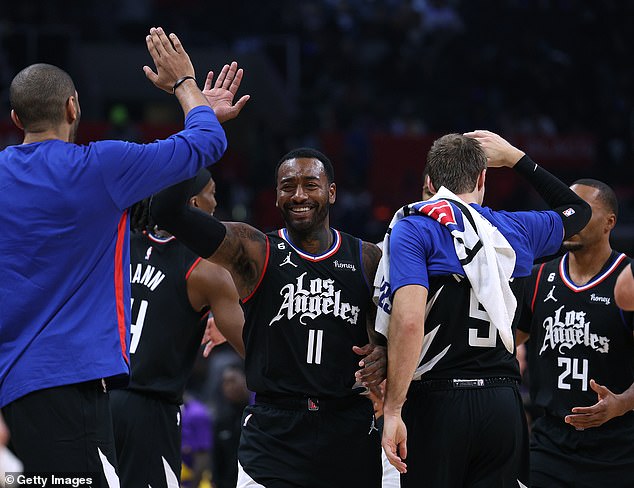