‘He’s full of confidence’: Marcus Rashford’s ‘brilliant’ man of the match display against Aston Villa hailed by Dion Dublin… as Peter Schmeichel urges him to ‘commit to being a No 9 and work on his finishing’

Dion Dublin heaped praise on Marcus Rashford after his man of the match performance in Manchester United‘s 4-2 Carabao Cup win against Aston Villa on Thursday.

Rashford got on the scoresheet in the second half with a well-taken goal as United came from behind twice to eventually overcome their Premier League rivals.

Rashford’s performance capped off an excellent day for the forward after he was named in England‘s World Cup squad in the afternoon. 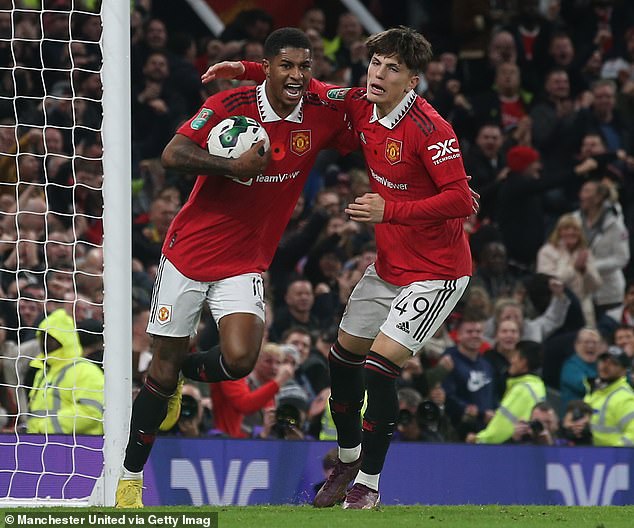 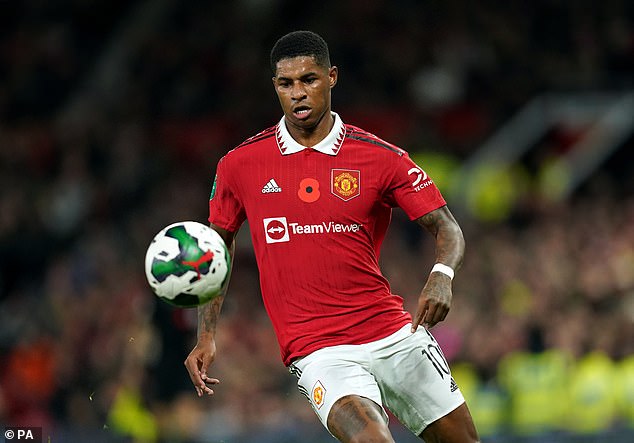 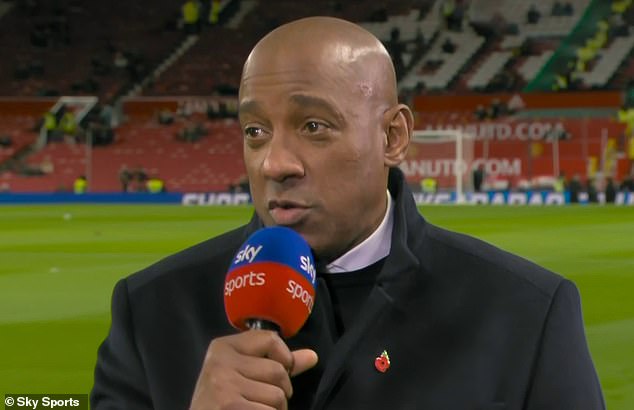 Dublin was very impressed by Rashford, who was a handful for Villa’s defence all night, and believes the 25-year-old is brimming with confidence at the moment.

‘We all know how good he can be. He’s quick. As a defender you’d hate to play against him. Always wants to get it on his right foot but he can go down the left as well, he’s got the whole package. And I’m so pleased,’ Dublin said of Rashford on Sky Sports.

‘He got man of the match, energy was great, always an outlet for Man United. Brilliant tonight.

‘He’s full of confidence. His fitness is incredible. I think he looks even slimmer than he did before. He looks faster as well. And I think going into the World Cup, he is in the best condition you can think.’ 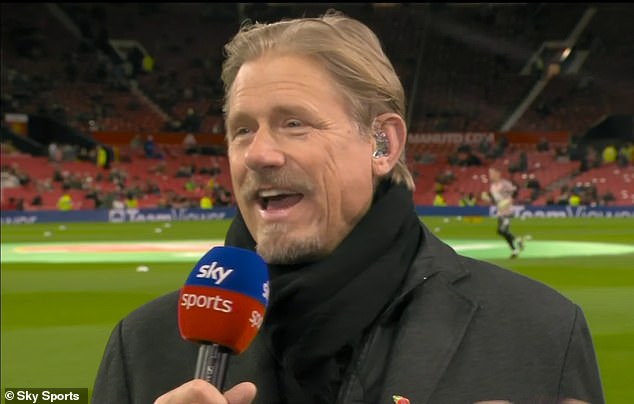 Much has been made of Rashford’s best position, with the England international switching between playing up front and on the left wing this term. Rashford admitted himself in his post-match interview that he feels more ‘comfortable’ on the left.

Yet Dublin’s fellow pundit, Peter Schmeichel thinks he should try to nail down a position, and has claimed he is capable of becoming a top-class centre forward if he can become a more consistent finisher.

‘It’s alright to be versatile, but I think for somebody like him he needs to have a position that he can fully focus on,’ Schmeichel added.

‘So when he does get into the number 9 position, he does get into really good positions where he can finish it. But I think if he wants to be a number 9, he’s got to commit to that and work on his finishing.’