‘The dream is to stay here for YEARS’: Antonio Conte pledges his future to Tottenham, despite his current contract expiring next summer and persistent talk of a return to Italy

Antonio Conte has said he wants to stay at Tottenham for the long haul, despite the fact that his contract in north London currently runs until June.

Spurs have lost back-to-back games, against Liverpool in the Premier League last weekend, before being dumped out of the Carabao Cup by Nottingham Forest on Wednesday.

However, they won their Champions League group, and are in a good place to finish back in the top four of the league. Conte would like to continue to work with Spurs and add to their success in coming years. 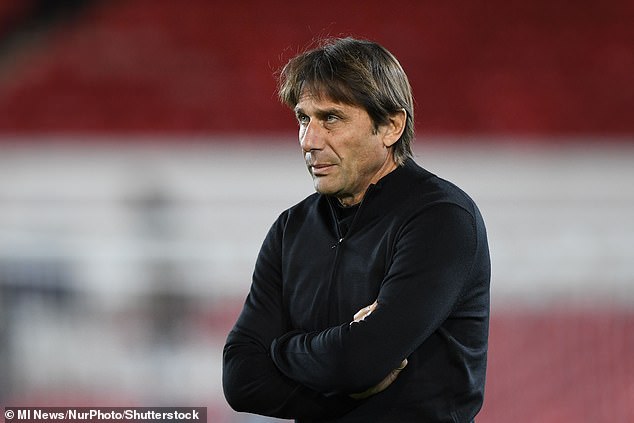 Boss Antonio Conte has pledged his future to Spurs, despite his current deal expiring in June

During the pre-match press conference for Tottenham’s Premier League fixture with Leeds United, Conte said: ‘You know very well that my contract expires in June. Until that moment the club has to make the best evaluation.

‘From my side, it’s important to feel that I deserve a new contract, to sign a new contract with this club. I have to feel this. We will take with the club and find the best solution.’

Conte added: ‘But you know, I think when you start a path with a club, the dream is to stay here for many years and try to build something important. 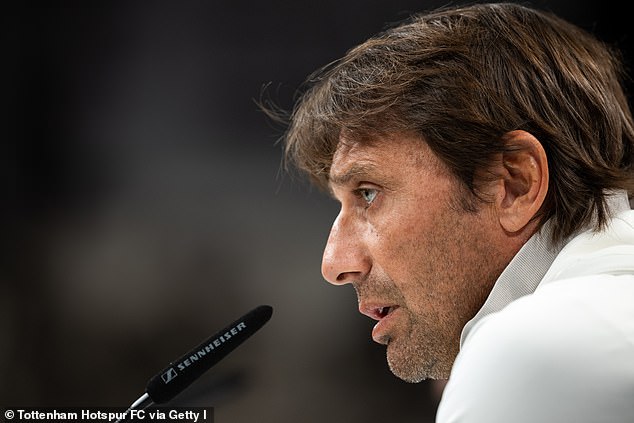 ‘I think it’s very important the relationship you create with the players, the club and the environment around you. Don’t forget the ambition. If you’re used to winning, it’s important to match all these situations.

‘If you’re lucky to match all these situations it’s easy for a coach but in modern football it’s different.’

The Italian manager revealed that he had not yet spoken to Fabio Paratici, the Managing Director of Spurs, or chairman Daniel Levy, but expects to enter discussions soon to talk about the first half of the season.

Ahead of Saturday’s match against Leeds, Conte confirmed that Ryan Sessegnon is definitely out following a ‘little problem’, while Richarlison and Dejan Kulusevski require another training session before the team will know if they’re ready to feature in the starting 11.

The match will be the last one Spurs play before a six-week break for the World Cup, and the north London side will be eager to turn around the form that has seen back-to-back losses in the past week. 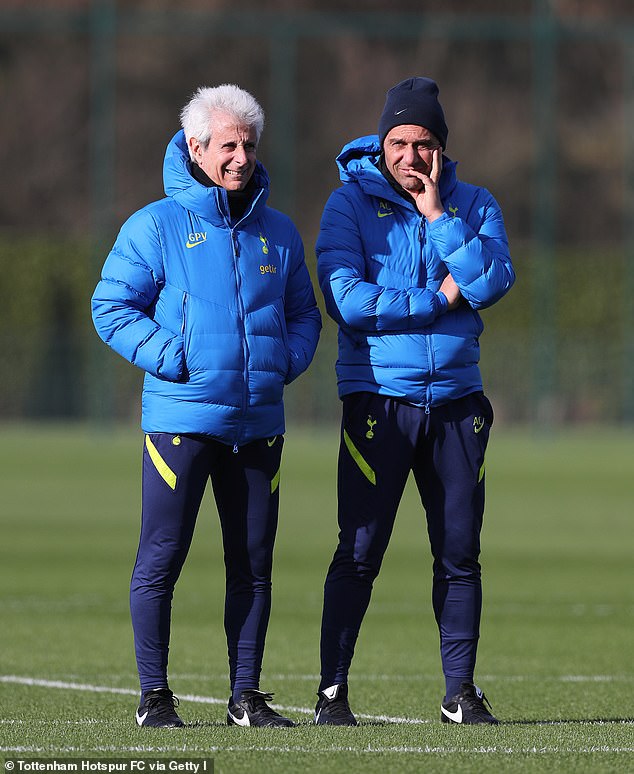 Conte spoke about the club coping with the passing of coach Gian Piero Ventrone, amid a hectic run of fixtures ahead of the World Cup.

The Italian manager said: ‘I want to be open and say in these 43 days, not only 13 games, it has been a difficult emotional moment. To lose a person like Gian Piero is terrible, not only for me but for also many players. Many players had a great relationship with him. I think someone had a big loss in his heart.

‘Life is this and you have to go forward and move on. We continue to work in the same way. Don’t forget I brought Gian Piero with me to Tottenham, he had been in China helping Fabio Cannavaro and also Fabio Capello.

‘The work is always the same. there is a lack of human aspect and his experience, his relationship with the players. You know it was big loss for us.’

After the Leeds game, a number of Spurs players will join up with their national sides for the World Cup. Recent announcements confirmed that Pape Matar Sarr is part of Senegal’s squad, while Rodrigo Bentancur has been named in Uruguay’s list of players for the tournament.