The Qatar World Cup kicks off next weekend and unfortunately the focus of the tournament has been on more than just the football.

There are been countless issues surrounding the tournament, but when the first whistle is blown on November 20, there will be a game to play.

Qatar have picked up a spot in the tournament for the first time in their history, automatically by virtue of being the hosts. So they don’t have much pedigree, and not a lot of those that will be watching the World Cup will know too much about them or their players.

We’ll learn a lot throughout the tournament – they will kick it off against Ecuador. But what do we know so far?

One thing is that not too many of their players are actually from Qatar. This isn’t unusual – of course, players don’t have to play for their country of birth. Think Raheem Sterling, Marcel Desailly… Erling Haaland.

But with Qatar, not many of their squad at all were born in the country. Sportsmail have had a closer look at those that could line up for the nation this winter in an attempt to answer the question: are any of Qatar’s players actually from Qatar? 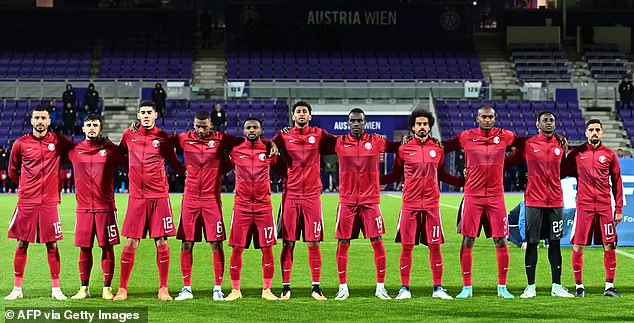 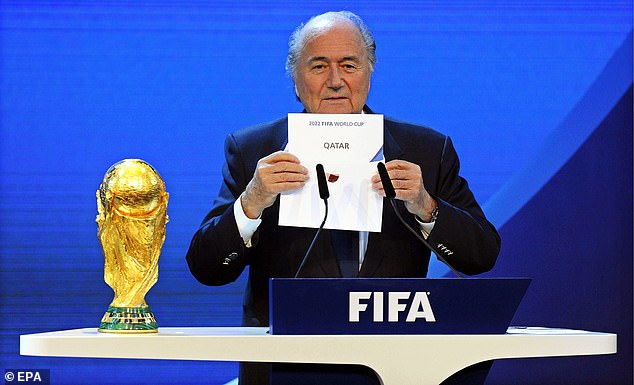 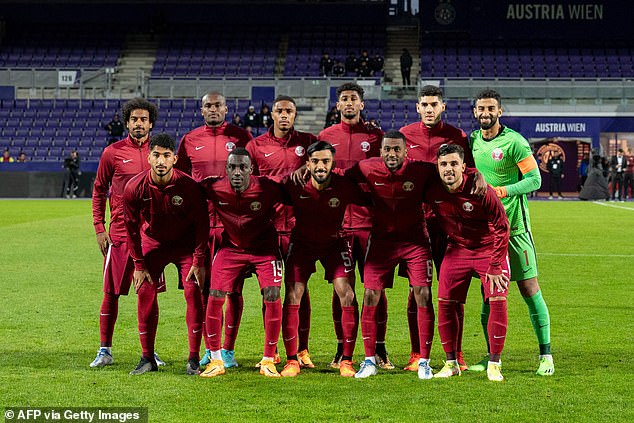 Qatar head coach Felix Sanchez named a 30-man squad for a World Cup training camp in Spain in Austria, with the final list of 26 for the tournament yet to be confirmed.

It’s unclear which four players will be cut, but out of the four goalkeepers in the training squad, one is almost certain to miss out.

Saad Al Sheeb, Meshaal Barsham and Yousef Hassan will probably be the three that will be on the metaphorical plane. 23-year-old Salah Zakaria, who has just one international cap to his name, is likely to be the one to miss out.

He was born in Egypt, but has played for Qatar at various youth levels, including now the senior team. The three that are likely to be at the tournament were all born in Qatar. All in Doha, to be exact. 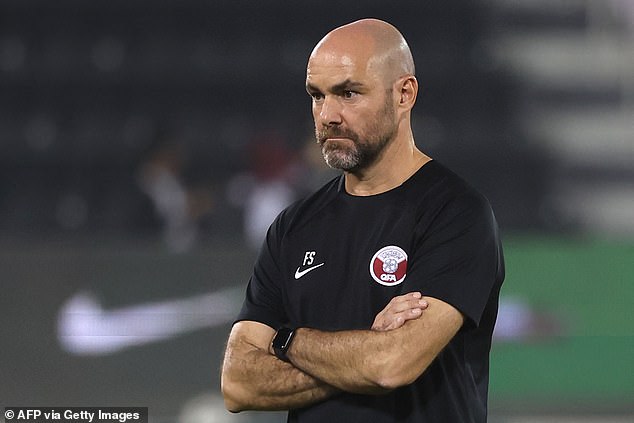 Qatar head coach Felix Sanchez, from Spain, has named a 30-man squad for a training camp

There are nine defenders in Qatar’s training squad, with two uncapped: Mohammed Emad and Jassem Gaber. They were both born in Qatar.

All other defenders in the squad have a fair few caps. Abdelkarim Hassan, the second most-capped player in the squad with 125 to his name. He was born in Doha.

But Boualem Khoukhi, who has 100 caps, was born in Algeria. He was called up to the Algeria U23 team in 2010, and, despite Qatar’s best efforts to sway him, insisted that his mind would not be changed for any amount of money. 12 years on, he’s a regular.

Fellow defender Ro-Ro was born in Portugal, while right back Musab Kheder is from Sudan and Bassam Al-Rawi from Iraq.

Tarek Salman and Hamam Ahmed are the remaining two defenders in the squad and are both from Qatar, which means five of the nine defenders in the team were born in the country they play for. 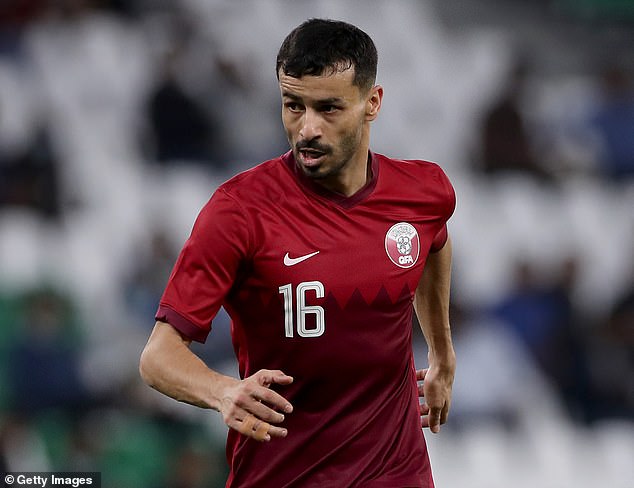 Boualem Khoukhi, who has 100 caps, was born in Algeria but persuaded to play for Qatar 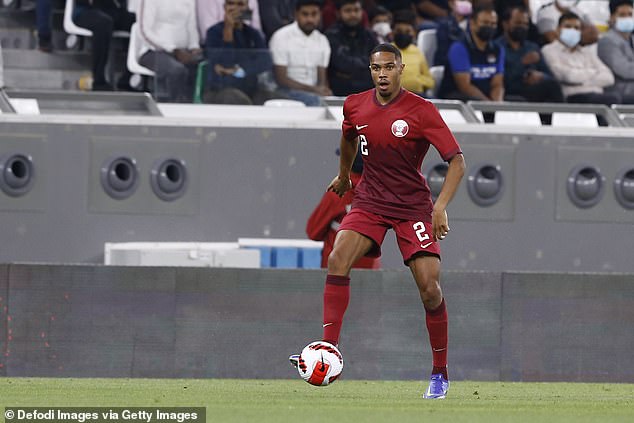 There were eight midfielders named by Sanchez, with four born in Qatar and four elsewhere.

Abdulaziz Hatem is set to collect his 100th cap in one of the two friendlies remaining before the tournament starts, and he was born in Qatar. Abdelrahman Moustafa, Osama Al-Tairi and Ahmed Fadhel can also claim Qatar as their birthplace.

The other four are quite split. Four different nations, three different continents.

Those also born in Asia are Ali Assadalla, who was born in Bahrain, and Mohammed Waad, who is from Iraq. Now both, of course, playing for Qatar. 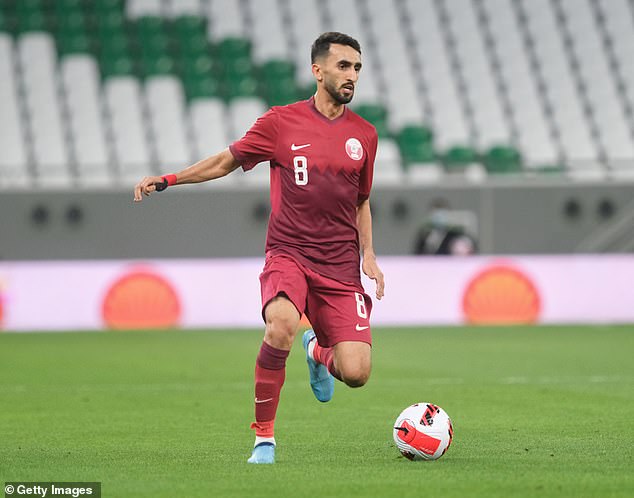 Ali Assadalla, who was born in Bahrain, has 58 caps and 12 goals for Qatar to his name

Mostafa Tarek could have been playing with Mohamed Salah for Egypt, but he chose to represent Qatar, while there is a European place for birth for the final midfielder – and perhaps the most famous – Karim Boudiaf.

Boudiaf has collected 111 caps for his country, scoring five goals. But he was born in France, back in 1990.

He is of Moroccan-Algerian descent, so had a fair few countries to chose form, and, like Khouki, was called up to the Algeria U23 squad in 2009 when he had just turned 19.

Fast forward to 2013, however, and Boudiaf had acquired Qatari nationality and was on the fast train to stardom in the Qatar national team. 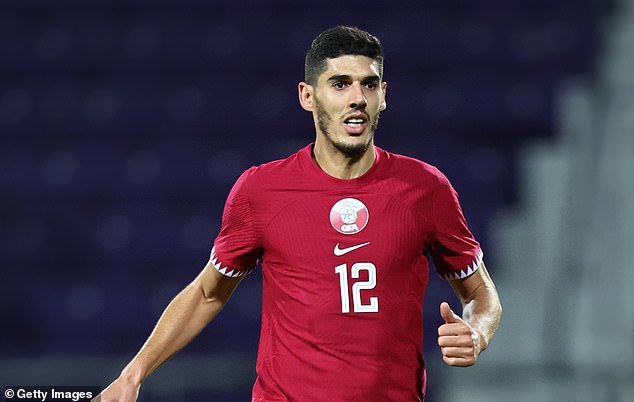 Finally, in attack, there were nine players named in the squad.

The captain, Hassan Al-Haydos, will experience immense pride when he leads his team out at a home World Cup – a feat many dream of their whole lives. He’s Qatari-born, and has an impressive 165 caps.

Almoez Ali, Mohammed Muntari and Ahmed Alaaeldin, however, are not.

Ali was born in Sudan, while Alaaeldin was brought up in Egypt until he turned 10, when he moved to Qatar with his family after his father secured work in the country.

Muntari, meanwhile, was born in Ghana, the final ‘other’ county on the list and one of only two nations ranked lowed than Qatar that will play at this year’s tournament. 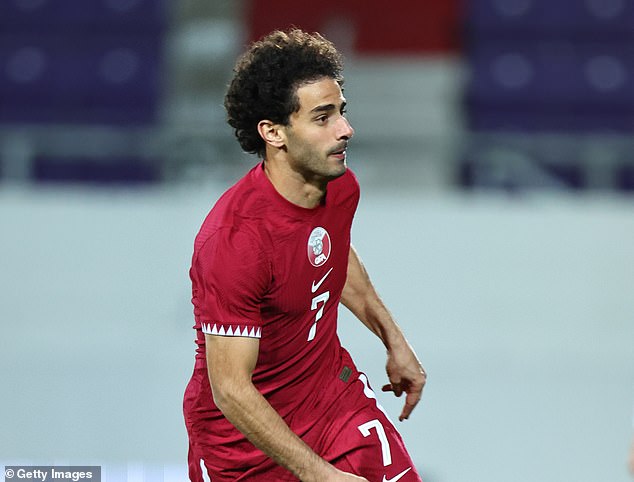 Ahmed Alaaeldin was born in Egypt, but moved to Qatar with his family when he was 10 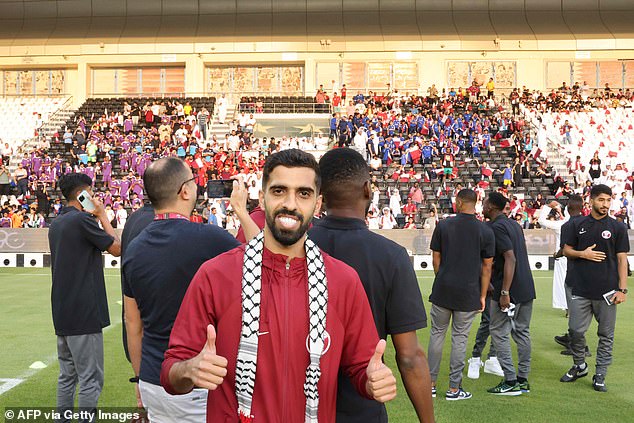 Qatar’s captain, Hassan Al-Haydos, was born in the country and has 165 caps to his name

So to answer the question, yes, a lot of Qatar’s team are from Qatar. Mainly Doha. But a lot of them also aren’t.

That number could change a lot when the final squad is announced, and, ultimately, that’s fine.

Qatar as a nation aren’t a great footballing side, though they are the champions of Asia.

We’ll definitely know more about the team both individually and collectively in two months time and though unlikely, it’s possible some of their players will have become stars by the end of the tournament.

Any success could attract more players from different parts of the world to play for the country in the future, as they continue to try and rise up the rankings of international football. 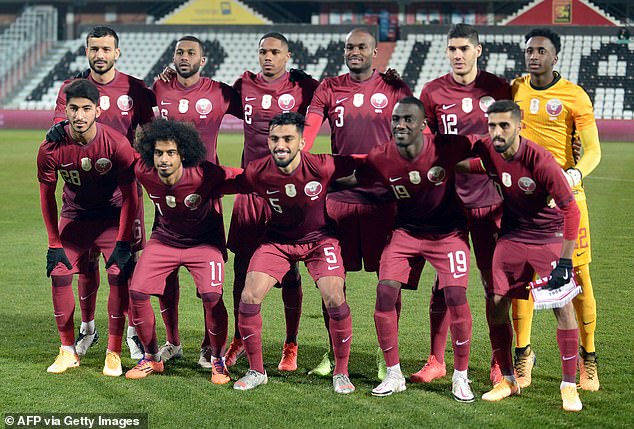