Michael Schumacher’s 2003 title-winning Ferrari sells for £11.6m at an auction – setting the modern-day record for an F1 car – but winner will NOT take it home and can instead drive it at nine tracks across Europe upon request

Michael Schumacher’s 2003 title-winning Ferrari has sold for an incredible £11.6million – smashing the previous record set by a modern F1 car.

Schumacher, widely considered one of the best drivers in F1 history, recorded six victories out of 16 on his way to the championship that year.

It was the sixth of seven titles the German secured in his legendary career, and he did so while driving the F2003-GA.

That famous car recently went under auction at Sotheby’s in Geneva, where it sold for well over its estimate of between £7million and £8.5milion.

After being flogged for £11.6million, the F2003-GA has set a record for the biggest car sale in modern F1 history, surpassing the £6.7million paid for Schumacher’s 2001 Ferrari motor back in 2017.

Neither of those cars hold the all-time record, however, which was set by Juan Manuel Fangio’s 1954 Mercedes W196R. 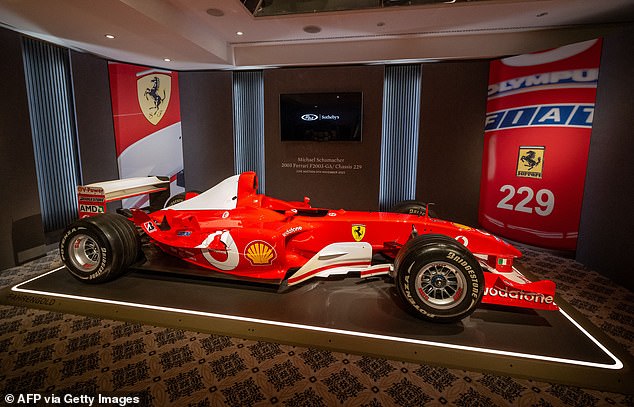 Michael Schumacher’s 2003 title-winning Ferrari has sold for an incredible £11.6million 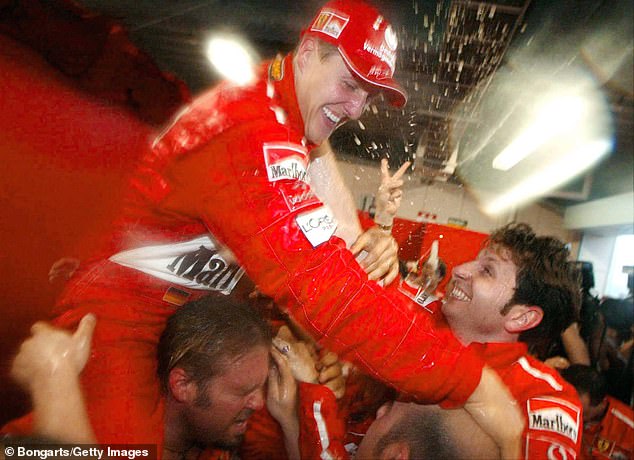 Schumacher won his sixth Formula One title in Ferrari’s F2003-GA car, clinching it out in Japan 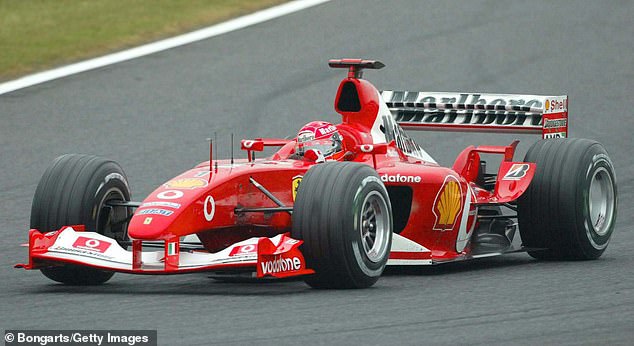 The iconic Mercedes, which Fangio picked up his second of five titles in, sold for an eye-watering £25.5million at Goodwood in 2013 and remains the most expensive car in race history.

Bidding for Schumacher’s 2003 vehicle almost ended at the 11m Swiss franc mark, though just as the auctioneer went to throw down his hammer more bids flew in, meaning it went for 13m CHf – or £11.6million.

Yet even more astonishingly, the winner won’t actually get to take the Ferrari home as part of the company’s F1 Cliente Programme, which sees them keep the vehicle and bring it to clients for day usage at nine tracks across Europe and the US.

The car will be delivered to them at one of these circuits on a predetermined date and also comes with servicing, coaching by former F1 drivers and technical assistance.

A physiotherapist and masseuse is also available for the owner upon request as part of the unique package. 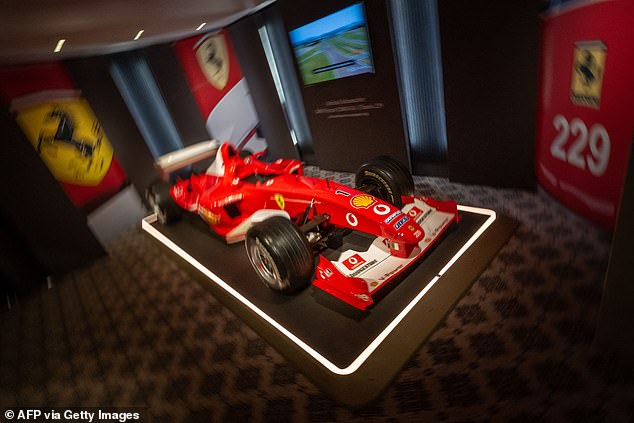 But incredibly, the winner of the auction will not take Schumacher’s champion car home, with Ferrari instead delivering it to them at nine potential circuits across the world

Schumacher still holds the record for the most F1 title wins with seven, although Britain’s Lewis Hamilton matched his tally in the 2020 season.

He won five of his championships with Ferrari from 2000-04 after taking the first two with Benetton in 1994 and 1995, before returning from a four-year hiatus in 2010 to end his career at Mercedes.

Tragically, the 53-year-old has not been seen in public for close to a decade after being involved in a serious skiing accident back in 2013.

After initially being placed in a medically-induced coma Schumacher became stable and has slowly recovered behind the scenes, although his family have kept his progress completely under wraps since then.

His son, Mick Schumacher, is now continuing the family legacy in the current F1 campaign with Haas. 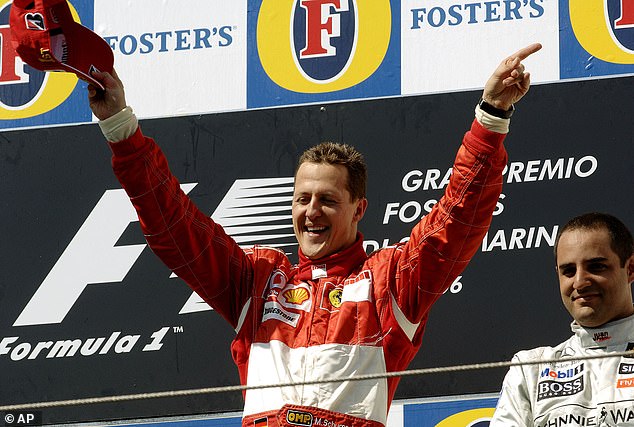 Schumacher, who has been shielded from public attention since suffering a tragic skiing accident in 2013, still holds the joint-record for most championship victories with seven