‘I am heartbroken’: Devastated Paul Arriola takes to social media after being left off the USA World Cup roster and admits: ‘The past few days have been the hardest I’ve had in a while’

Paul Arriola has admitted he is ‘heartbroken’ at being left out of the USA’s World Cup squad for this month’s tournament in Qatar by coach Gregg Berhalter.

In an emotional post on social media hours after the 26-man roster was announced, Arriola said: ‘The past few days have been extremely difficult. Some of the hardest I’ve had in a while.

‘I am heartbroken not to be included on the final World Cup roster. This year my goal was to put myself in the best position possible to get to this point and I believe I did, unfortunately it wasn’t enough. 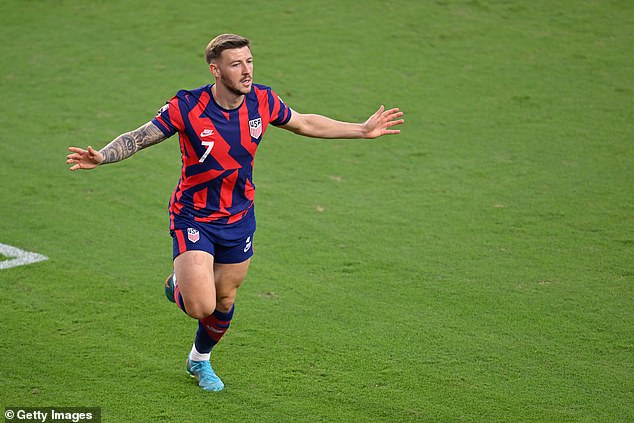 ‘Being around the national team for years, you learn that it is such a privilege to represent your country and I know I have never taken it for granted.

‘The one thing I know for sure is that I will be rooting for my teammates when they play and I hope our country comes together to support this amazing group.

‘Thank you to all who have reached out to me and sent their support. GO USA’.

The 27-year-old winger Arriola has played 48 times for his country, scoring 10 goals.

The USA’s World Cup campaign starts on Nov. 21 against Wales and Berhalter’s team will then go on and play against England and Iran in a bid to make the knockout stages.

How 2020 election deniers did in their 2022 midterm races