The Houston Astros’ six-game victory over the Philadelphia Phillies finished as the second least-watched World Series on television, falling well behind NFL and even some college football action. 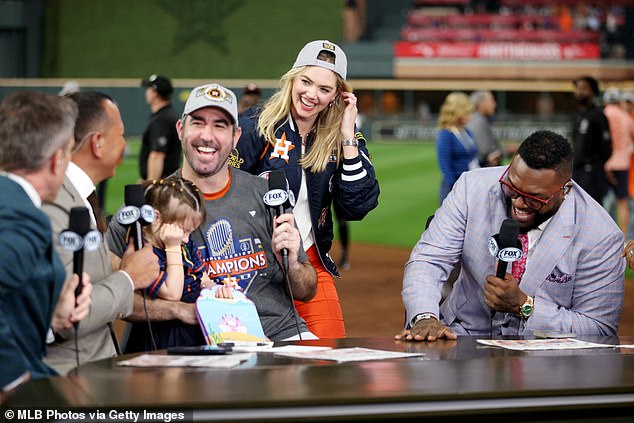 The Houston Astros’ six-game victory over the Philadelphia Phillies finished as the second least-watched World Series on television, falling well behind NFL and even some college football action. In this shot, Justin Verlander and wife Kate Upton are interviewed on Fox 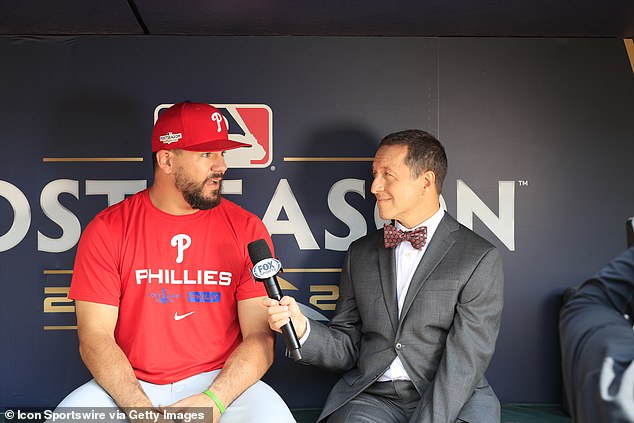 Game 6 was played opposite several college football games, including Alabama-LSU on ESPN, Clemson-Notre Dame on NBC and Florida State-Miami on ABC.

The Series finished with a 6.1 Nielsen rating and 17 share. The rating was the second-lowest behind the 5.2 for 2020, which had a 12 share. This year’s share marked a 1-percent increase from last year.

Including Fox Deportes and streaming, this year’s Series averaged 12,023,000 viewers.

Viewers peaked at 51,560,000 for Game 7 of the 1975 World Series between the Boston Red Sox and Cincinnati Reds following a wild Game 6, widely considered to be the greatest game in MLB history.

Totals declined with the rise of cable television and then of streaming services, giving viewers more choices. 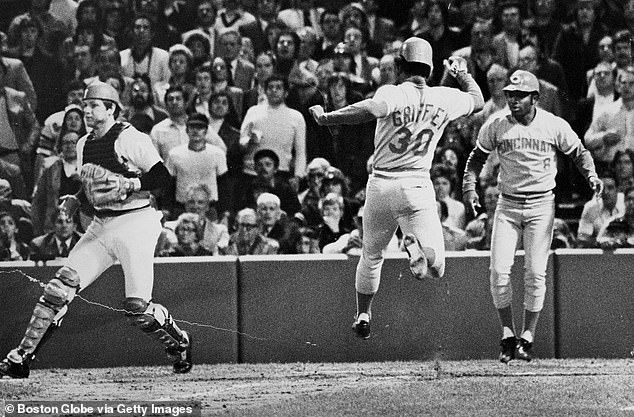 Cincinnati Reds player Ken Griffey, right, reacts after the Reds score the winning run during Game 7 of the 1975 World Series, which drew a record 51,560,000 viewers

Phillips 66 is cutting 1,100 jobs — and returning billions of dollars to shareholders