Aussie F1 champion Daniel Ricciardo has given his fans a sneak peak at what life without racing might look like in 2023 – and he has been inspired by his McLaren teammate.

Ricciardo could never find his groove at the manufacturer and will be replaced by fellow Australian Oscar Piastri in 2023.

He has been unable to secure a drive for next season, but has said he could take a year off and mount a comeback in 2024 – on top of rumours he could sign on as a reserve driver with a top team like Mercedes or Red Bull. 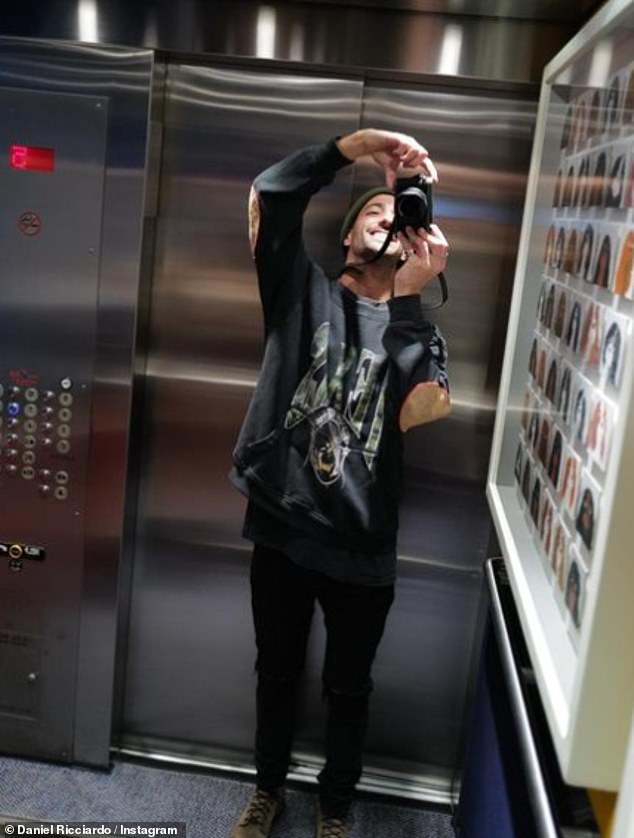 His McLaren teammate Lando Norris has previously started an Instagram account called lando.jpg where he shares a range of photos he takes around the world.

Now Ricciardo has started his own Instagram account called daniel3.jpg, with the bio reading: ‘Thank lando.jpg for this one, he’s such a trendsetter’.

So far, Ricciardo has posted several images including candid snaps with mates, an out-of-focus shot of his girlfriend Heidi Berger and some fancy drink orders. 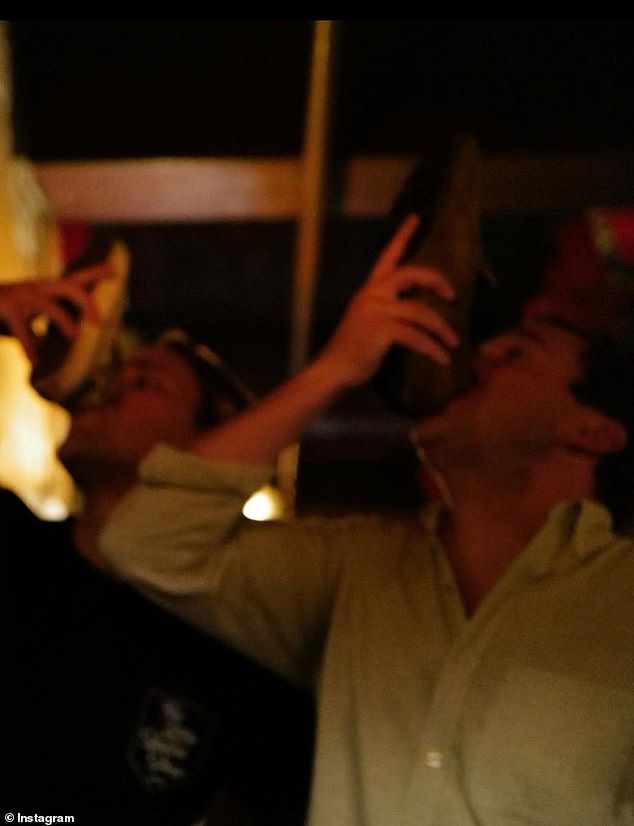 It wouldn’t be a Daniel Ricciardo page unless it featured some blokes, presumedly his mates, doing shoeys in a bar

‘I just started pressing the button,’ Ricciardo captioned the series of photos.

What is most telling are the images of Creative Artists Agency, which is an American talent and sports agency based in Los Angeles, California.

Ricciardo has snapped several pictures of CAA employees, suggesting there may be more to his new Instagram page than just happy snaps in 2023.

And his fans are loving it.

‘Love this!! now we just kindly wait till daniel3.jpg returns the favors lando.jpg did to the fans,’ one replied.

‘So excited to see more of your life behind a lens,’ posted another.

‘You better take pictures of your extremely beautiful girlfriend or i’m gonna sue,’ joked another. 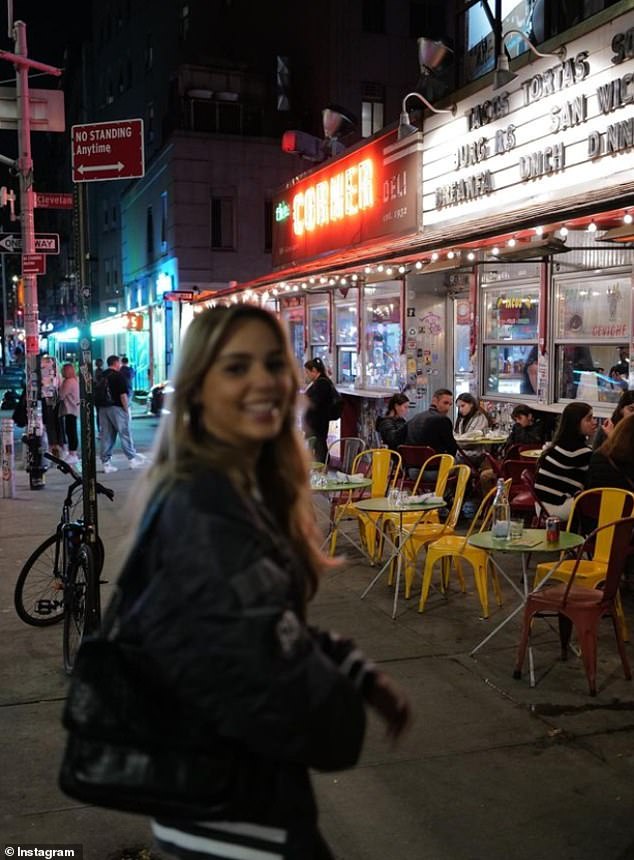 Meanwhile, the 33-year-old has again moved to confirm that there will be no late announcement and he will not be driving in Formula One races in 2023.

‘I can confidently say I won’t be on the grid behind a wheel,’ Ricciardo told Sky Sports.

‘But I still want to be in the sport, I want to be working with a team, still with the ambition to be back on the grid in ’24.

‘That said, it’s honestly where my head’s at as well.

‘I feel like a bit of time away from a race seat will actually do me good and then try to rebuild on something for ’24. 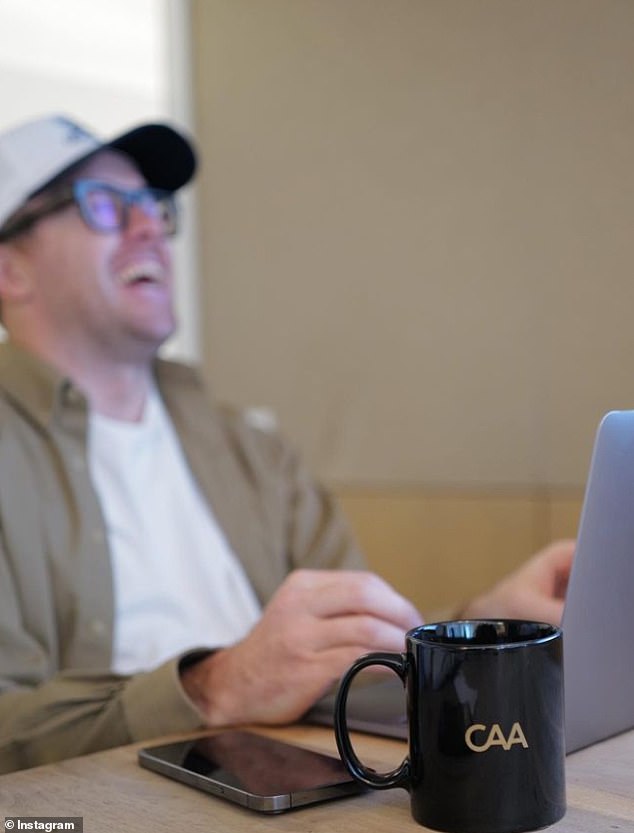 Ricciardo offered a possible clue to his future as he posted several shots featuring the Creative Artists Agency, which looks after high-profile sports stars 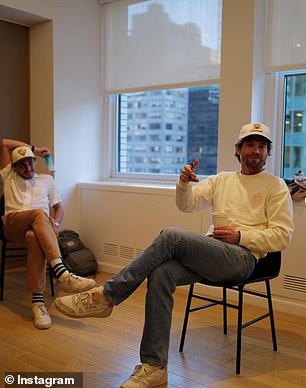 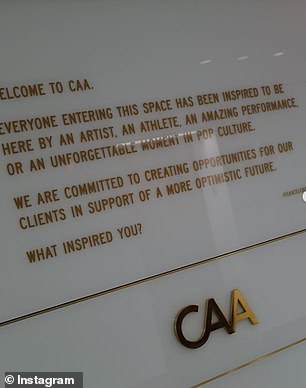 Ricciardo indicated he needed a break after a difficult season.

‘No doubt the last two years have been quite hard, especially when you put a lot in and when it doesn’t come back, it can get you down,’ he said.

‘As well, I know the value of having even like a summer break, I know stepping away just gives you a different perspective.

‘The way the seasons are, it’s pretty relentless, you don’t really get a chance to rebuild.

‘Everyone’s different but I truly believe that will be, in a way, a blessing in disguise for me. By doing less, I’ll achieve more.’ 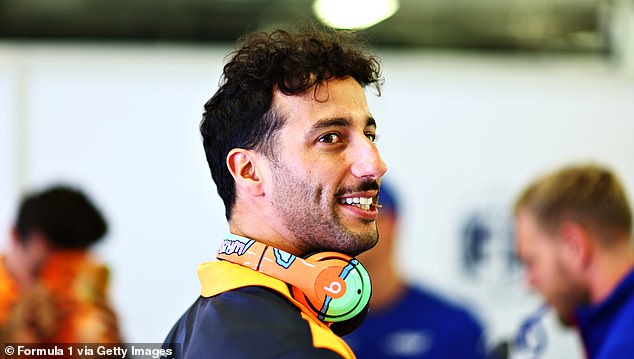 The Aussie won’t be driving in F1 races next year after deciding to step back from the sport. His best bet to stay involved is as a reserve driver, possibly with Mercedes or Red Bull

Ricciardo planned to ‘stay active to some degree’ to remain race-fit.

‘I’m certainly talking to teams but I still obviously want to keep a foot in the door for 2024,’ he said.

‘I’m sure seeing the lights go out in race one, I’ll already have that itch, so I will want to be back in ’24.’