John McCarthy started Saturday’s MLS Cup on the bench, but ended it as the game’s MVP.

The LAFC backup goalie was thrust into action following Maxime Crepau’s second-half red card (and injury) following a poor back pass to the starting keeper from Jesus Murillo.

McCarthy entered the game in the 117th minute and played out the rest of a dramatically extended extra time period, but performed his heroics in the shootout afterwards. 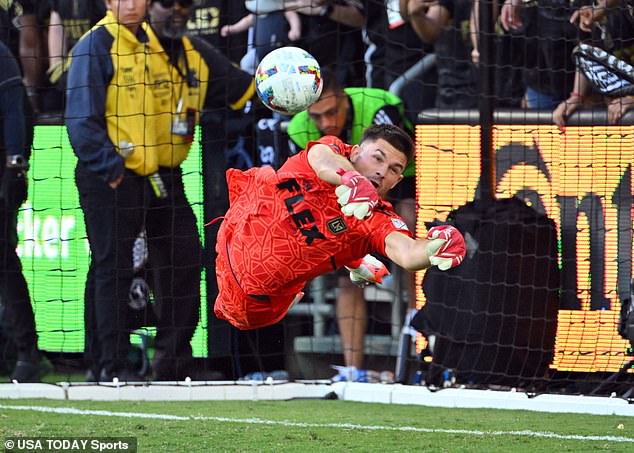 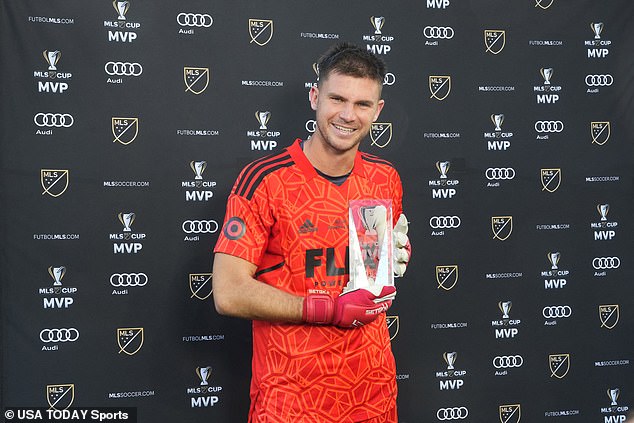 McCarthy was awarded with MLS honors after the game, which he began on the bench

The Philadelphia native saved attempts from Jose Martinez and Kai Wagner to help LAFC to a 3-0 shootout victory and their first MLS Cup.

McCarthy, who played with the Union from 2015-18, made just one start for LAFC this season and hasn’t been a regular starter since he was a division below, in the USL, in 2019.

The goalkeeper was also beat out by current Philly goalie Andre Blake for the starting spot there, adding another layer to his improbable involvement and award win.

Gareth Bale - who else? - warms up for the World Cup by hauling LAFC back from the brink