Ange Postecoglou launches scathing attack on VAR despite Celtic win: ‘Someone in a building miles away deciding outcomes’

Ange Postecoglou slammed the way VAR is being used in Scotland after becoming frustrated with lengthy delays during Celtic‘s 4-2 win over Dundee United on Saturday.

The Hoops moved temporarily seven clear of Rangers at the top of the Scottish Premiership courtesy of injury time goals from substitutes Kyogo Furuhashi and Liel Abada.

All six goals were checked by VAR, which made its debut in the Scottish Premiership this season, disrupting the flow of the game. 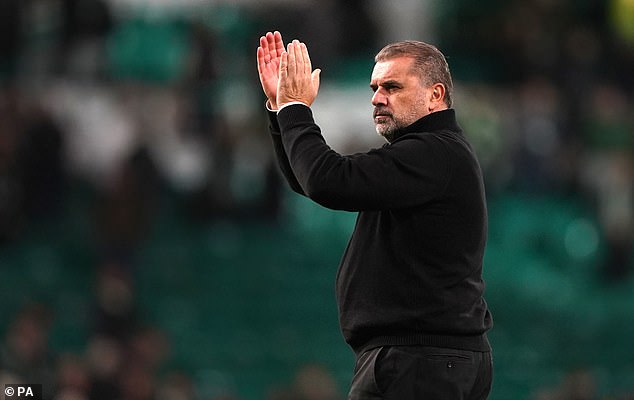 ‘I don’t think people fell in love with football just to be sitting around for someone in a building miles away to decide outcomes,’ the Australian told The Scotsman.

‘They [the match officials] do not need to take that long. Even our second goal, our players are celebrating for about two minutes and we are still waiting all that time. To see what? I still don’t know what it was.’

Dundee’s first goal came following a controversial penalty awarded after Celtic defender Alexandro Bernabei after was adjudged to have handled the ball in the box as Steven Fletcher’s head struck his arm.

Bernabei was still in the air when the ball hit him but, after consulting the pitchside monitor and a lengthy delay, referee David Dickinson eventually awarded the penalty. 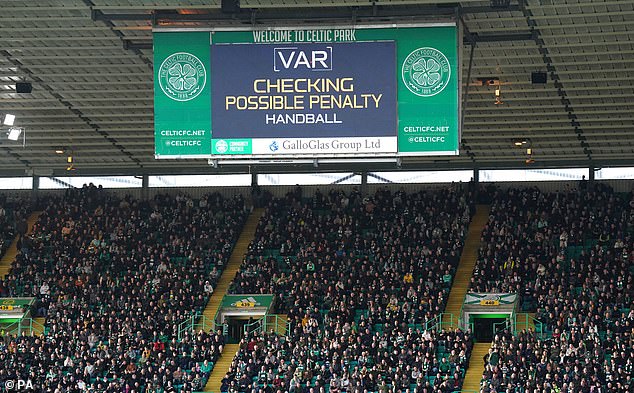 All six goals at Celtic Park on Saturday were checked by VAR, with lengthy stoppages to award a penalty and determine whether a challenge was worthy of a red card 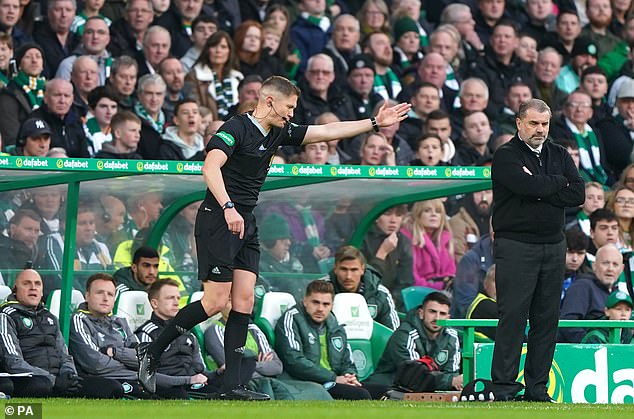 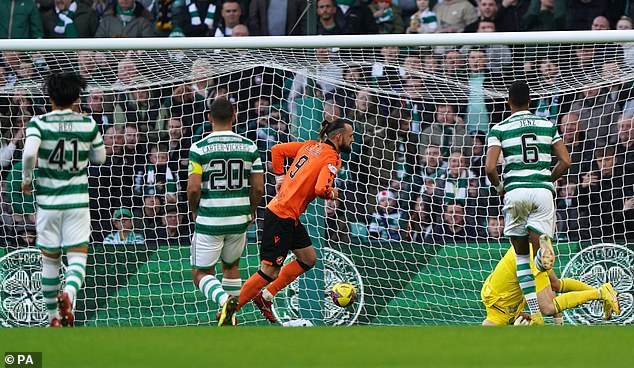 VAR also intervened for a lengthy check to determine whether Craig Sibbald’s high challenge on Giorgos Giakoumakis was deserving of a red card, but ultimately no action was taken.

‘If you can’t decide in two minutes then it is probably not there,’ the Celtic boss added.

‘If they have seven camera angles it seems like they want to look at every one.

‘I might be on my own on this one but I will cop people making mistakes but I just don’t feel comfortable. 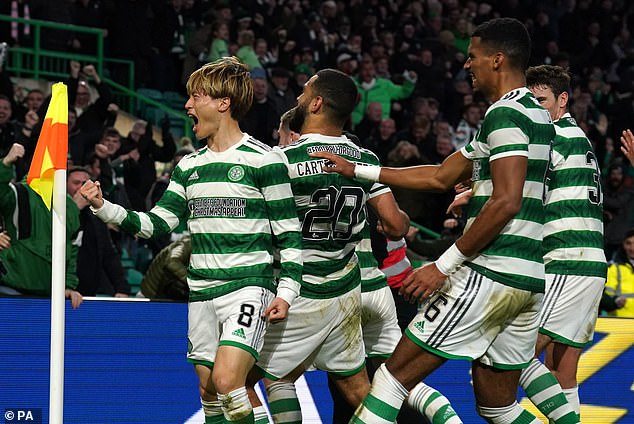 Injury time goals from substitutes Kyogo Furuhashi (left) and Liel Abada secured a 4-2 win for Celtic, which saw them extend their lead at the top of the table to seven points

‘I know it is early doors and it is a new toy that everyone wants to use but you can’t be disrupting games like this. I don’t think it’s good for anyone.’

The former Socceroos boss, however, insisted he was not against VAR, but against the way it was used in Scotland.