It was just before his final year at Oxford University when Will Rowlands decided to give professional rugby a crack. Like the rest of the economics students at Pembroke College, he was on track to land a high-flying job in the City.

‘I was heading towards that well-worn pathway of moving to London and getting a job in finance or consultancy,’ he explains. ‘Everyone was stressing out, applying for grad schemes and I was spending all my time playing rugby.

‘Wasps offered me a contract and it was great, so I put off getting a job for a few years. I’m still putting it off now!’ 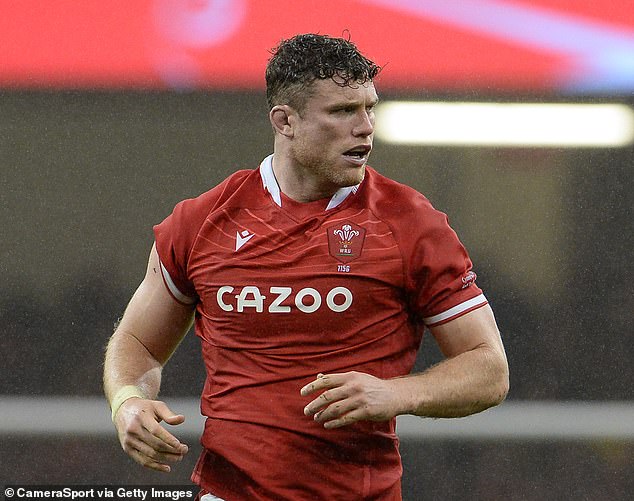 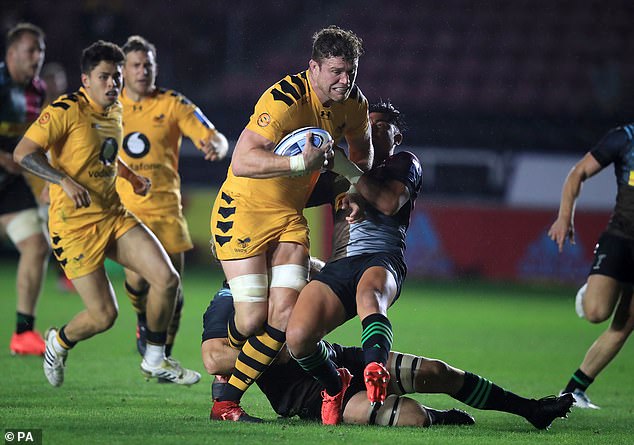 Rowlands, now 31, was offered a contract by Wasps, but is still in tune with the real world

Despite his career choice, emerging as a shining light of Welsh rugby, Rowlands is still in tune with the real world. His latest delivery of the Economist magazine sits on his coffee table, entitled: How not to run a country.

‘Those magazines are a nagging guilt in the back of my mind because they’re relentless, pilinup every week, unopened, relentless!’ he says. ‘The news has been interesting viewing recently, hasn’t it? Macroeconomics to the fore! The next 12 or 18 months will certainly be interesting. There seem to be some big regime shifts happening.’

After a short pause, he adds with a smirk: ‘Maybe there’ll be the same in rugby?

‘There’s a book called the Fourth Turning by Neil Howe and William Strauss. They talk about this theory of cyclicality to human life and institutional formation. They argue that life and institutions follow this 80-year curvature of highs and crisis points. 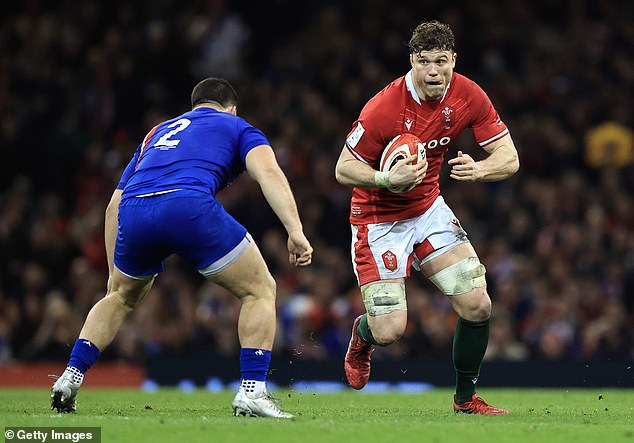 ‘The last cycle started after the crisis of the Second World War and now we seem to be reaching the end of that cycle. The events of the last 10 years – the pandemic, Ukraine – have all interwoven into a crisis that’s building at the moment. Institutions that no longer seem to function are being broken down by the population who are rebelling against them.

‘Rugby must be approaching its own crisis, surely, with Wasps, Worcester and the concussion stuff. It’s struggling to find its place in the sporting mix, which is sad because it’s got a lot to offer. The rapid professionalisation of rugby and now the digitalization of sport, which is flattening barriers in the content world, mean the sport’s no longer so siloed.

‘You end up needing expertise that’s not just old guys who love the game, played the game and have an idea about how rugby should be run at grassroots level. The values of rugby are all great but they can only continue if it’s a bit more financially viable. You need to start thinking a bit more left field to make that a reality.’ 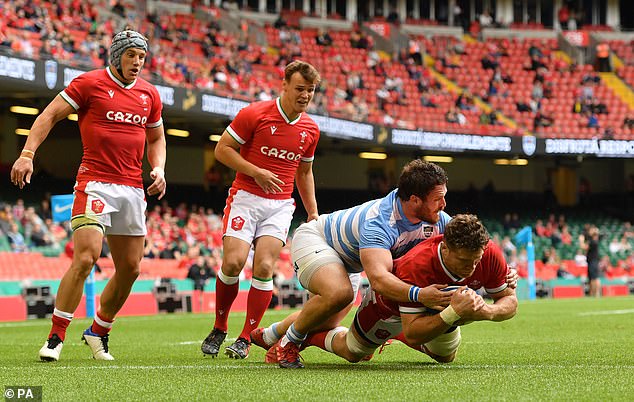 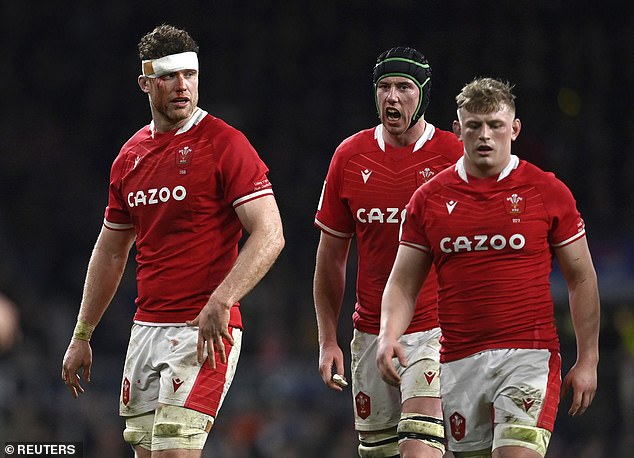 Rowlands, named Wales’ player of the year said ‘salaries have outpaced everything else’

Rowlands was educated at Rugby School, where William Webb Ellis famously picked up the ball for the first time. Having left Wasps for the Dragons in 2021, the 31-year-old – who was named Wales’s player of the year – is as well placed as anyone to comment on the future of the sport.

‘Rugby’s trapped in this position where salaries have outpaced everything else,’ he continues. ‘Teams have spent beyond their means. You have different funding models in different countries so the playing field becomes mismatched. If you want to be competitive against teams from France and Ireland in Europe then you have to rely on the generosity of some rich owner and it’s not sustainable in the long term. It’s the prune juice effect.

‘The Premiership has moved forwards a lot, and Wasps and Worcester were probably representative of other issues. Wasps overstretched themselves and made a bit of a gamble on the Ricoh. The Ricoh was a fantastic, underutilised asset in the middle of the country so they took a load of debt to try and get it going.

‘It didn’t work out and time ran out on the debt. The community is the foundation of a sports club. They tried to give the club a community when it left High Wycombe but it didn’t really work out.

‘Maybe there isn’t enough rugby loving population to support 13 teams. That’s sad but maybe it’s a harsh reality. I wouldn’t be surprised to see the league have fewer teams so the teams left get a bigger slice of the revenue.’ 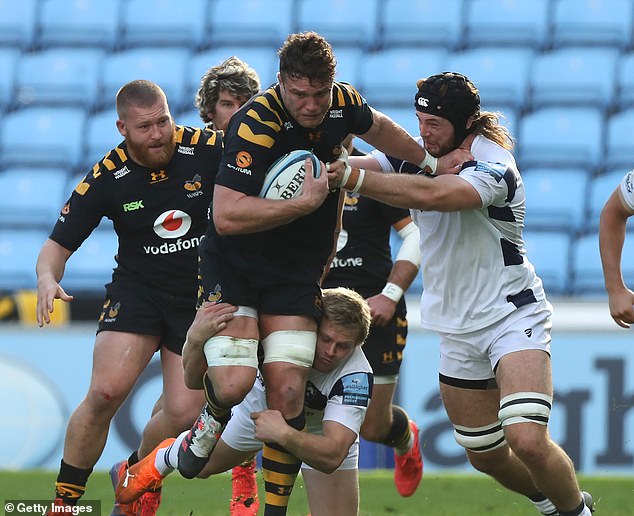 Wasps, who Rowlands played for until 2021, have entered administration amid money issues

Living in a trendy corner of Bristol, Rowlands is cut from a liberal cloth. He owns a couple of guitars, which were given to him by his uncle, Herbert Vianna, of the Brazilian rock band Os Paralamas do Sucesso. He commutes to Wales every day, qualifying for the national team through his father, Jeremy, from Pontllanfraith.

‘I was born in London, went to school in Oxford and Rugby, then went to university in Oxford. I had a year out, working on a building site before going to South America and Canada, trying to earn some money without a visa. My dad left Wales to go to university and never moved back, so it’s been nice to reconnect with those roots.’

He is known for his athleticism as a lock, priding himself on ‘the less glamorous stuff’, and talks about his childhood admiration for Jerry Collins’s peroxide hair. Rowlands was recently tipped to become national captain by Jamie Roberts, having worked closely with talisman Alun-Wyn Jones. 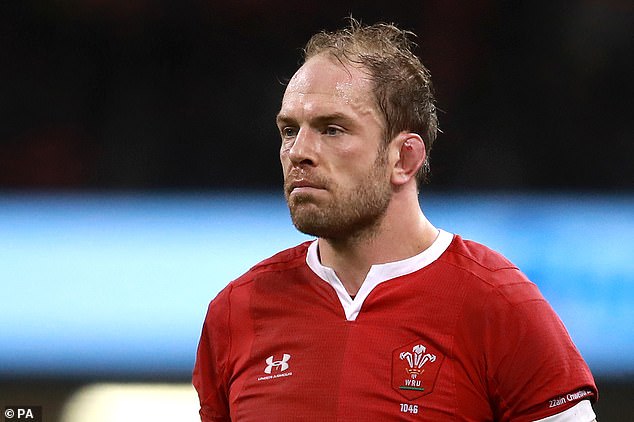 ‘Al’s a super impressive character. It’s amazing that he’s still playing at the level that he is. It was a bit surreal at the start. I’d watched guys like Al on the TV for years. His intensity and focus, switched on the whole time, speaks very well. When he’s training he’s always 100 per cent on. You’ll never see him coast through a session.’

The pair could well combine again on Saturday, when Wales face a challenging series opener against the All Blacks. They have not beaten them for 69 years, conceding 54 points last autumn, but Rowlands is determined to begin the countdown to the World Cup with a high note.

‘Last year we got blown away in the last 20,’ he says. ‘They scored a try that was out of this world. The difference between international teams and how they play is becoming more and more stark. You play South Africa and you know exactly how they’re going to play. Then you’ve got Ireland and the All Blacks at the other end of the spectrum.

‘The games in South Africa this summer were competitive and we could easily have drawn or won the series. We lost to Italy in the Six Nations and sometimes you need a bad result like that to force a bit of change. It was an enjoyable tour and hopefully we can get some big results this autumn to lead into a big year for international rugby.’