‘This is like a father and son moment’: Man United fans savour Cristiano Ronaldo and Alejandro Garnacho’s ‘wholesome’ embrace after the forward let the teenager perform his trademark celebration following his winner against Real Sociedad

The 18-year-old celebrated by performing the Portuguese star’s trademark ‘sleeping’ celebration after getting permission from the veteran forward – but United supporters are also savouring the ‘wholesome’ embrace afterwards. 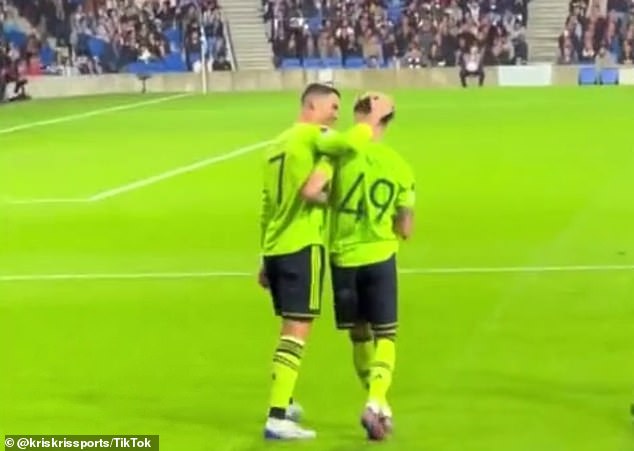 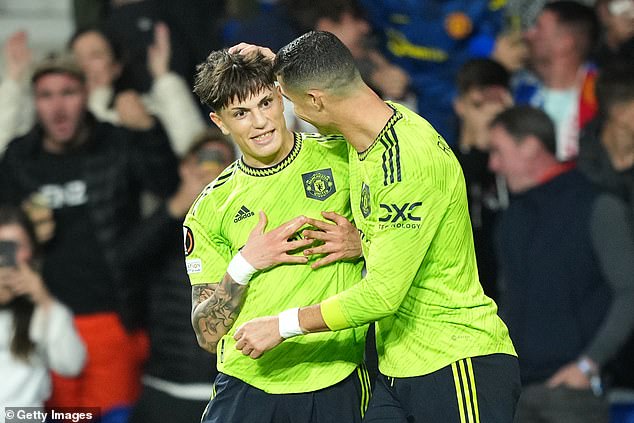 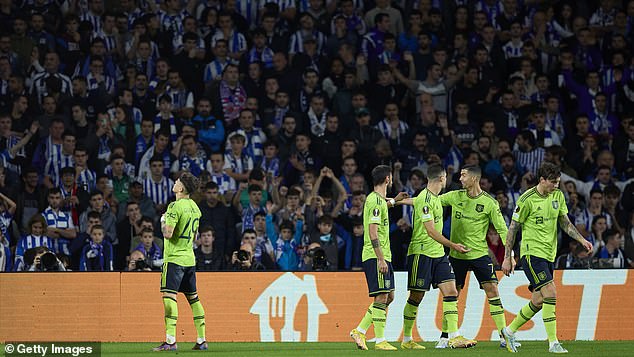 A video released on social media shows Garnacho receive a hug from his idol, before Ronaldo warmly pats his head and offers some encouraging words as the Argentine holds his back.

Garnacho then carried out the celebration, with the 37-year-old looking back towards him fondly and pointing, before they high-five and share another embrace, and fans quickly took to social media to revel in the positivity of the moment.

One said: ‘This is too emotional. love them too much. It’s how he asked for permission to do the celebration and how Ronaldo looks at him like a proud father.’

A second added: ‘This is like a father and son moment, so wholesome,’ while another simply posted: ‘Imagine playing alongside your childhood idol, and getting an assist from him. Peak stuff of dreams.’

One tweeted: ‘The way Ronaldo looked at him when he did the celebration. A proud dad.’

A fifth said: ‘What dreams are made of,’ with another concluding: ‘Ronaldo looking back at Garnacho doing his celebration. Special.’ 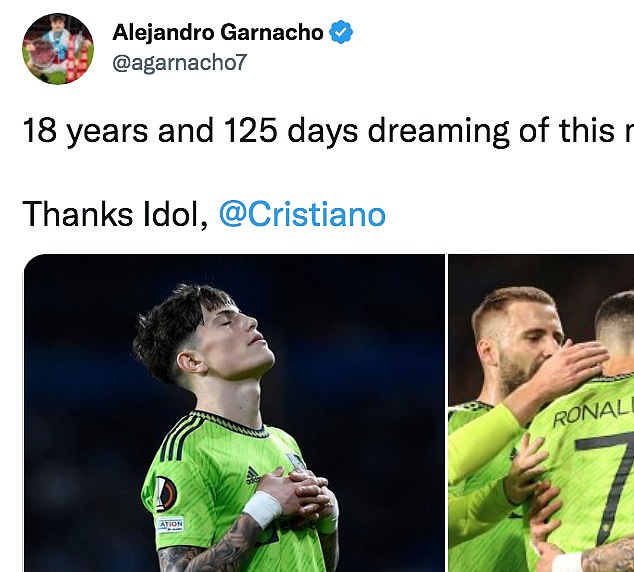