Stephen A. Smith claimed that Kyrie Irving is not a ‘horrible person’ but did admit the Brooklyn Nets Guard’s stubbornness and arrogance over his anti-Semitic tweet has landed him in a bad situation.

The NBA star was suspended by the Nets Thursday night for at least five games after sharing a link to a film based on a book described as ‘venomously anti-Semitic’ last week.

The 30-year-old has faced backlash and criticism for the post but initially refused to stand down or apologize for his actions until his suspension Thursday when he finally released a statement saying he ‘was deeply sorry’.

However, Smith offered a little support for Irving amid the uproar as he insisted the player was not a bad person.

On ESPN’s First Take, Smith said: ‘He’s not a horrible person, he truly is not. We should all be sad because he’s a sensational talent who I believe his heart is in the right place.’

Smith went on to claim that Irving’s quest for knowledge and enlightenment has led to him looking down on others who do not share his opinion. 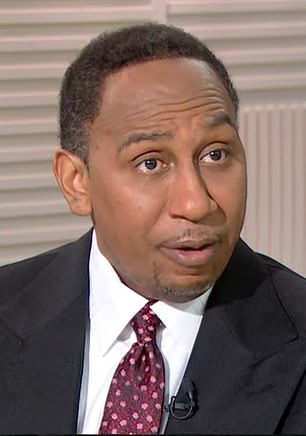 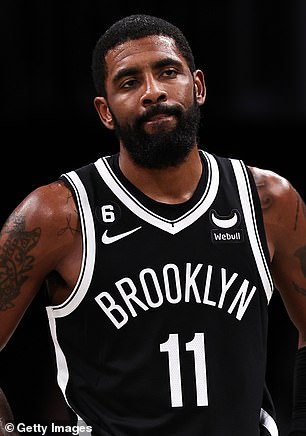 Stephen A. Smith (left) claimed that under-fire Kyrie Irving (right) is not a ‘horrible person’

He also claimed that Irving’s stubbornness in response to the backlash he has received has worsened the situation.

‘He’s a person that’s a seeker of knowledge and he’s one of those folks that woke up one day and just looked at his people, the African-American community and Black people universally, and decided to do a lot of research because his soul was touched in such a way that he felt the need to be enlightened,’ Smith added.

‘The problem is that the more enlightened he became, or he thought he became, the more it allowed him to look down upon other people that he believed didn’t side with his mode of thinking.

‘But his stubbornness, his arrogance and his elevated level of intellect in his eyes compared to everybody else, has him caught in this particular situation. And it’s just a very, very, very bad look for him right now.’

He also claimed that Nets owner Joe Tsai is ‘done’ with Irving and his controversy, while other NBA owners believe the player ‘cannot be trusted to show up to work everyday without issue’.

He added: ‘I’m told Joe Tsai is pretty done with him. Obviously he’s a businessman as well so that means he’d take Kyrie Irving back at some point this year considering a level of contrition he showed with his statement last night and as a result probably allow him back on the team but there’s certainly no long-term commitment. 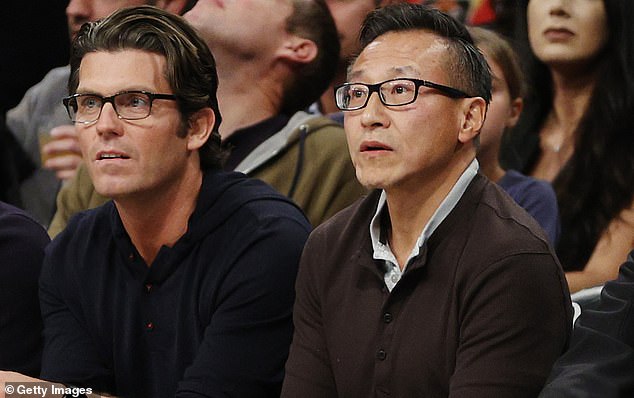 ‘Kyrie was going anyway, he was certainly inclined to leave this summer, it’s now official he won’t be a Brooklyn Net next season.

‘From what I’m being told – people think I’m just saying this, they’re not getting the fact I’m being told this – I have not found one single owner that has expressed a scintilla of comfort when it comes to investing in him long term.

‘They think he is a superstar talent basketball player who simply cannot be trusted to show up to work everyday without issue.’ 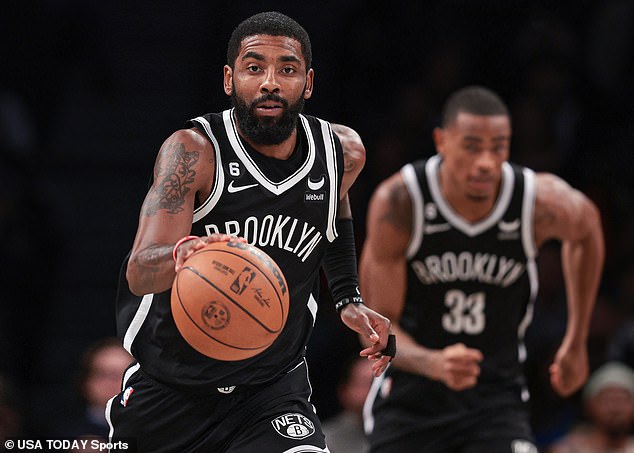 Since posting the Amazon link to the film on Twitter, Irving has quarreled with media, telling reporters ‘I’m not going to stand down on anything that I believe in.’ He then appeared to backtrack on Sunday by deleting the post without an explanation.

Irving had been criticized for his lack of an apology with even NBA commissioner Adam Silver slamming the player for failing to say sorry for sharing ‘vile and harmful anti-Semitic material’ online.

Furthermore, the Anti-Defamation league rejected a proposed $500,000 donation from Irving, saying he ‘feels no accountability for his actions.’ 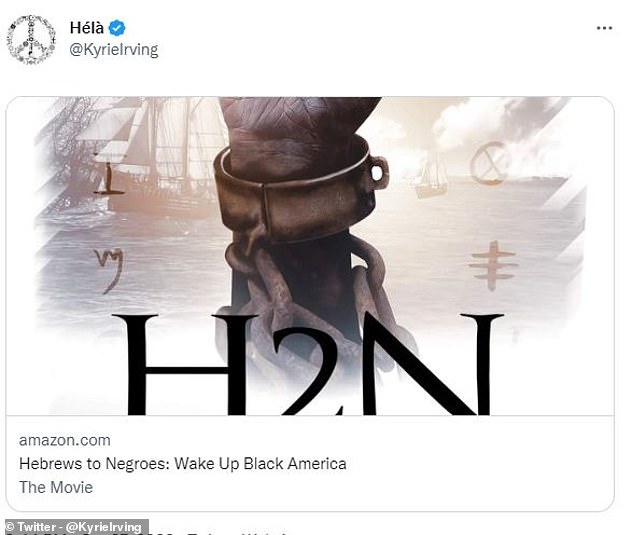 Irving finally said he was sorry for the inflammatory tweet in a statement on Thursday, but only after he got his minimum five-game ban from the Nets.

However, while Nets general manager Sean Marks acknowledged the apology was a ‘step in the right direction’, it is not enough to end Irving’s five-game suspension.

Marks addressed reporters at morning shootaround in Washington ahead of Friday’s game against the Wizards. The Nets executive and former San Antonio Spurs player suspended Irving on Thursday night for at least five games.

The All-Star point guard will not be reinstated until he ‘satisfies a series of objective remedial measures that address the harmful impact of his conduct,’ according to a team statement. 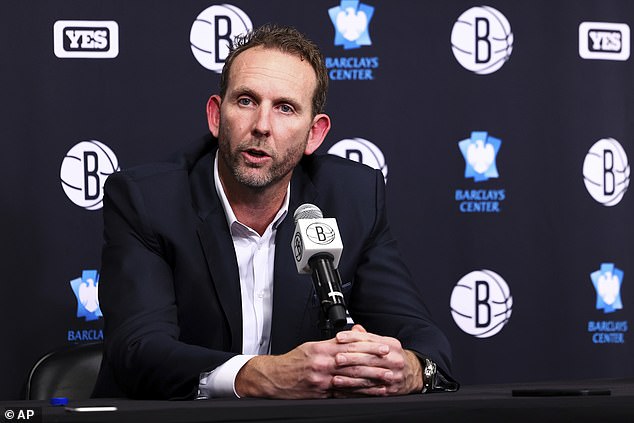 ‘Actions speak louder than words,’ Marks told reporters Friday. ‘So he’s had some time, and there will be more time to reflect on this.’

‘There is going to be some remedial steps and measures that are put in place for him to, honestly, seek some counselling, designated by the team, from dealing with some anti hate and some Jewish leaders within our community,’ Marks continued.

Marks also said he has not considered releasing Irving.