‘Favourite wicket of the tournament’: Cricket fans MOCK David Warner after the Australian opener is bowled in BIZARRE fashion during crunch World T20 clash with Afghanistan as he tried to bat right-handed

Cricket fans have mocked David Warner after the Australian opener was dismissed in bizarre fashion during their crunch clash with Afghanistan in the World T20 in Adelaide.

Australia must win the match and win well to ensure their best chance of qualification ahead of England’s final group game with Sri Lanka on Saturday.

After being put into to bat, the Aussies had got off to a good start and Warner was looking in fine form on 25, having struck five boundaries. 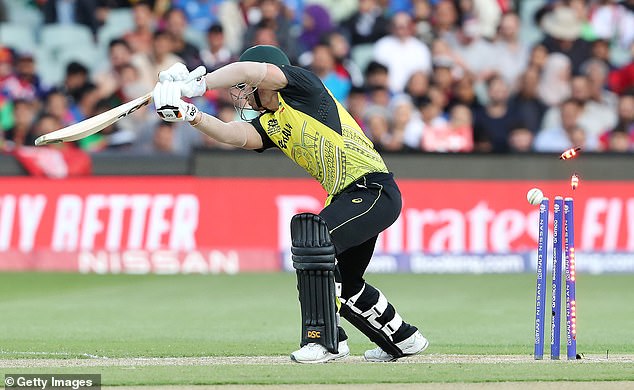 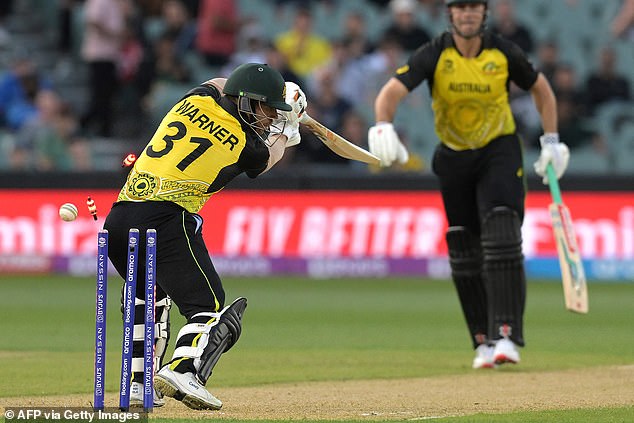 However, he was bowled by Naveen-ul-Haq attempting a switch hit but after the ball pitched, Warner ended up playing a strange shot that looked like a right-handed drive.

The left-hander missed the ball and was embarrassingly dismissed to leave Australia 48-2.

It continued Warner’s tough tournament that has seen him score just 44 runs at an average of just 11.

And, following his bizarre dismissal, cricket fans were quick to mock a player that is a pantomime villain for England fans. 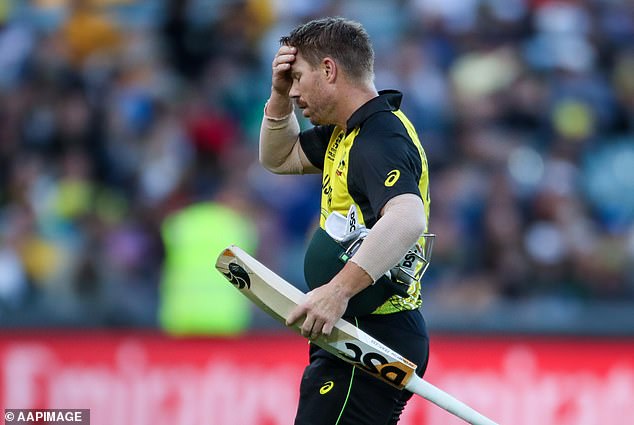 In response to a clip posted on social media of the dismissal, one user said: ‘Things you love to see…’.

Another added: ‘Favourite wicket of the tournament.’

A further user quipped: ‘Practice that shot in the nets did he?’

England fast bowler Stuart Broad, who is well-known for tormenting Warner during the 2019 Ashes when he dismissed the Australian seven times, also chipped in on the dismissal.

Broad also responded to this tweet and said: ‘(Cleaned up) By a Jaffa to a right hander but was bowling to a left hander who ended up a right hander so was it a Jaffa?’

Australia went onto post 168-8 off their 20 overs which Glen Maxwell hitting an unbeaten 54 off just 32 balls.