No hits for the Phillies in the World Series… but plenty in the bar next door! Fans filmed fighting EACH OTHER in the restroom after after 7-0 loss to Astros in Game 4

By Alastair Talbot For Dailymail.Com

Game 4 on Wednesday night at Citizen Banks Stadium turned out to be a no-hitter for the Phillies, as they lost 7-0 to the Houston Astros, but there were plenty of hits and swings at a bar nearby with Philadelphia fans turning on each other.

The brawl broke out in the restroom of Xfinity Live!, a popular venue for local sports fans and located just a block away from the ballpark.

Footage shared on Twitter shows three women in Phillies gear getting feisty before pulling each other’s hair and striking each other in the face near the stalls. 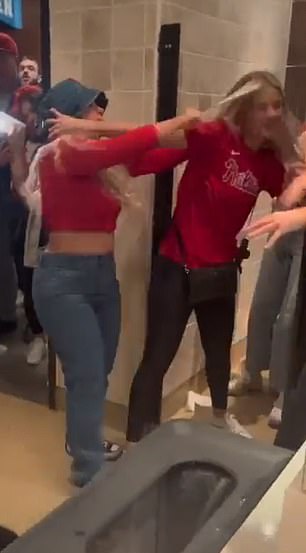 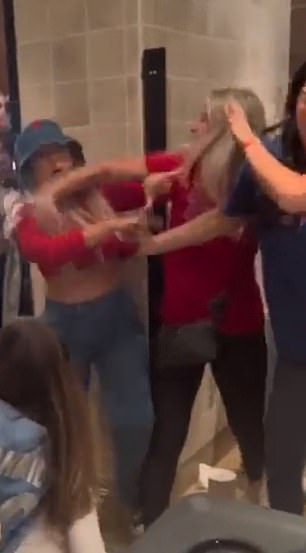 Phillies fans can be seen engaged in a fight after their team’s Game 4 loss to the Astros on Wednesday night. No arrests or injuries have been reported, according to Philadelphia Police

Two other ladies were filmed embroiled in a wrestling match on the restroom floor, as spectators packed the area to watch the spectacle.

In the aftermath of the fights, the Philadelphia Police Department told TMZ that they had not been aware of the incident. No arrests were made.

Local business owner, Neisha Reyes, also told TMZ that she began tapping the melee after a janitor had told her to avoid the women fighting on the ground.

She added that the scrap only lasted a few minutes and that all parties involved eventually went back to the drinking area.

It remains unclear if the women were intoxicated during the heat of the moment, as the game finished late, at around 11 p.m.-12 a.m. 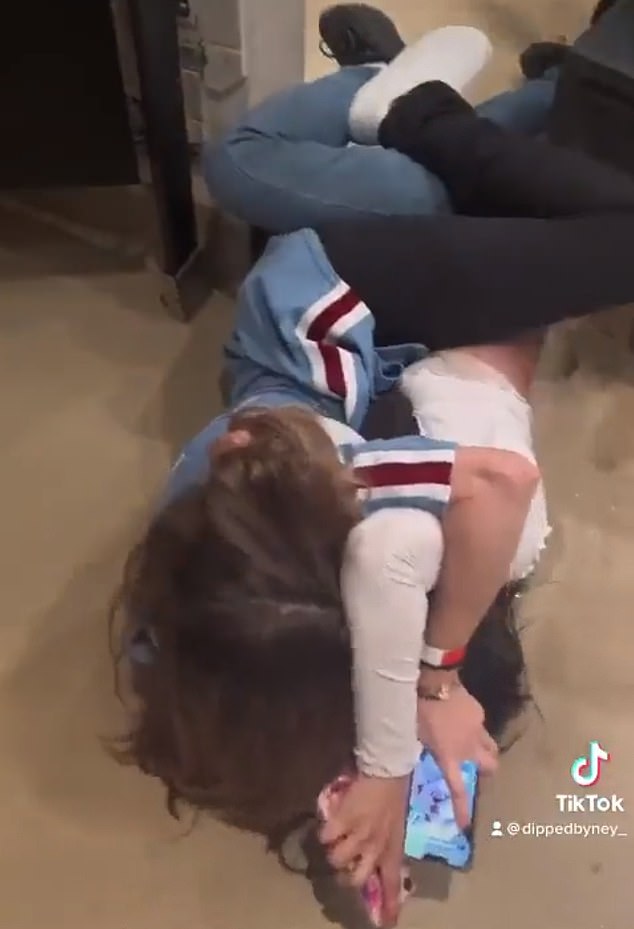 Fans will be back at the bar on Thursday to watch the Astros and Phillies battle it out in Game 5 on back-to-back nights, hoping a similar outbreak won’t happen.

Justin Verlander will be on the mound for Houston, seeking his first World Series win, after failing to hold a five-run in the lead in the opener, a 6-5, 10-inning loss for the Astros that left him 0-6 with a 6.07 ERA in eight World Series starts.

He will be facing a Phillies team that hasn’t gotten a hit since Castellanos’ leadoff single in the sixth inning of Game 3.

Before Cristian Javier and three relievers combined to blank Philadelphia on Wednesday night, the only Series no-hitter was Don Larsen’s perfect game for the New York Yankees against the Brooklyn Dodgers in 1956. 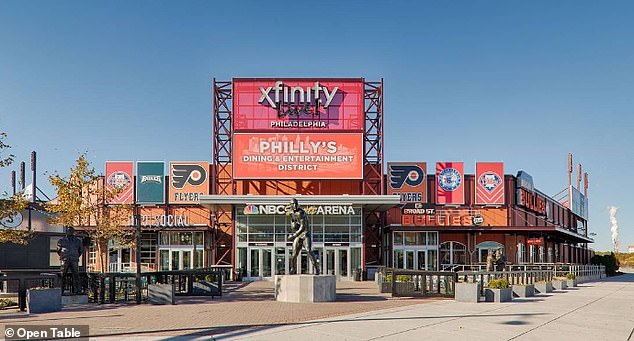 The brawl broke out in the restroom of Xfinity Live!, a sports bar just a block away from Citizens Banks Stadium 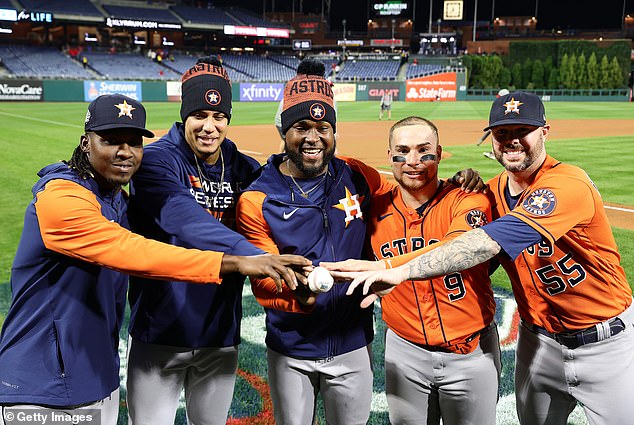 Cristian Javier and three relievers combined to blank Philadelphia, the second no-hitter in World Series history and the first since 1956