‘He’s standing right at the top of the tree with Bellingham in the young players’: Real Madrid star Fede Valverde is ‘on the verge’ of becoming one of the best midfielders on the planet, says Joe Cole

Joe Cole heaped praise on Fede Valverde following his man of the match performance against Celtic on Wednesday evening.

Valverde helped Real Madrid secure a 5-1 win over Celtic during their Champions League game at the Bernabue – scoring their final goal in the 71st minute.

Cole said Valverde’s performance was on par with the likes of Jude Bellingham and hinted he could become one of the ‘best’ midfielders in the world. 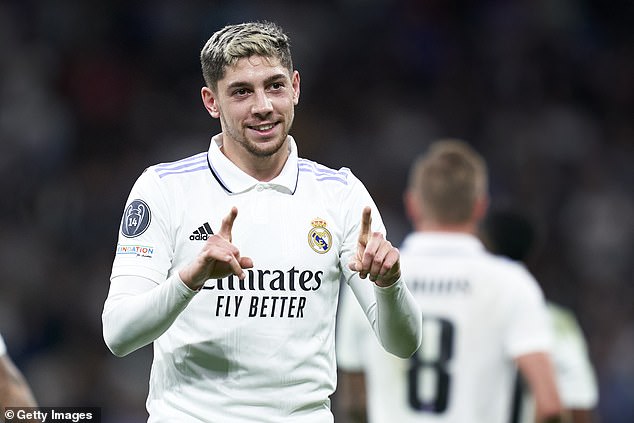 Cole said the 24-year-old had to ‘bide his time and learn from the likes of Casemiro, Kroos and Modric’ to reach the top.

Speaking on BT Sport, Cole said: ‘He’s standing right at the top of the tree with Bellingham in the young players, and he’s on the verge of becoming the best.

‘He’s box-to-box, he scores goals, he’s a technician he was the unsung hero in the final, I thought he was outstanding against Liverpool.

‘He drove that team forward, he’s a powerful boy, took his goal lovely, and he’s one that I earmarked about two years ago. 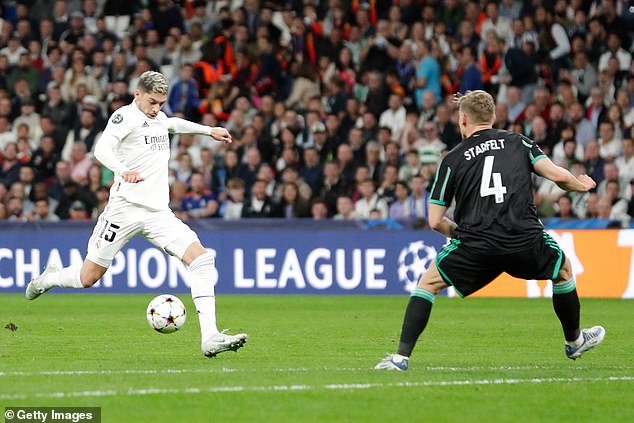 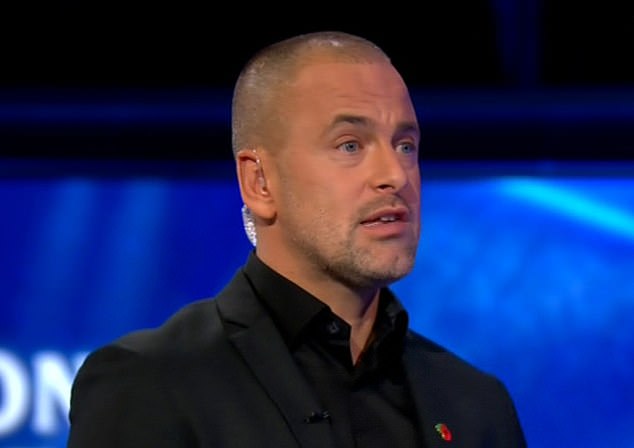 BT pundit, Cole, said that Valverde could become one of the ‘best’ midfielders in the world

‘He’s found it tough getting into Casemiro, Kroos and Modric, they’ve been incredible. He’s had to wait, bide his time and learn from the greats, take a little bit from everyone’s game.

‘His stats this year are unbelievable, his goals, assists, goal involvements, incredible player and we talk a lot about Bellingham in this country, but this kid is every bit as good as Bellingham.’

Meanwhile, Valverde heaped praise on his team-mates following their victory over Celtic. He said: ‘I’m really pleased with everyone’s effort.

‘Congratulations to the team because it belongs to them as well. It was a great game, we took our chances and got the goals we needed. We’ve been working hard, things don’t go our way sometimes and it feels like everything is a negative, but we did well today’. 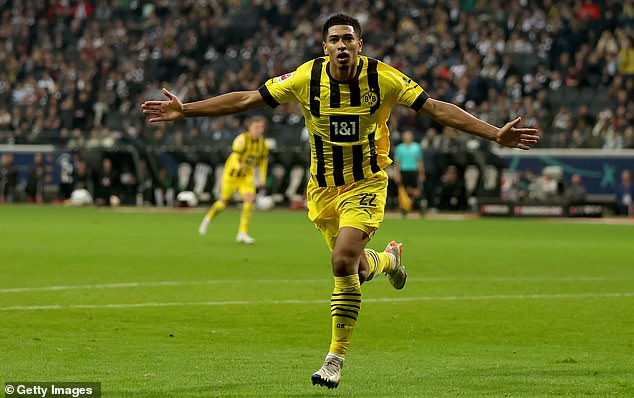 Speaking specifically about his performance, Valverde added: ‘I get tired, but my objective is to continue scoring goals and supporting the team.

‘That’s the way I operate: run and give everything. There were a lot of people close to me who were quite right that I should take advantage of my shot and I’m doing that now and quite enjoying it.

‘I like to strike it on the laces, it’s my best shot, but I also sometimes like to hit it with the inside of my foot when I feel confident and today I was lucky enough to catch the ball right. They always joke with me that one day I’ll break the ball’.

The Australian teenager on a mission to protect ragged-tooth sharks