By Ed Carruthers For Mailonline

A quartet of goals saw RB Leipzig secure their passage to the knockout stages of the Champions League with a comfortable 4-0 win over Shakhtar on Wednesday evening.

Christopher Nkunku put the the German side ahead, getting in the right place at the right time to hammer home a low rebound into middle of the net after ten minutes.

Andre Silva doubled the lead after half time, gambling at the far post to tap in a looping cross from Mohamed Simakan, before Dominik Szoboszlai rounded the Shakhtar goalkeeper to grab the third goal of the night. 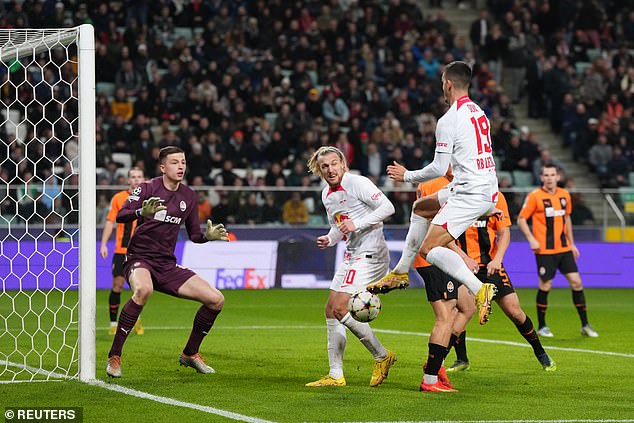 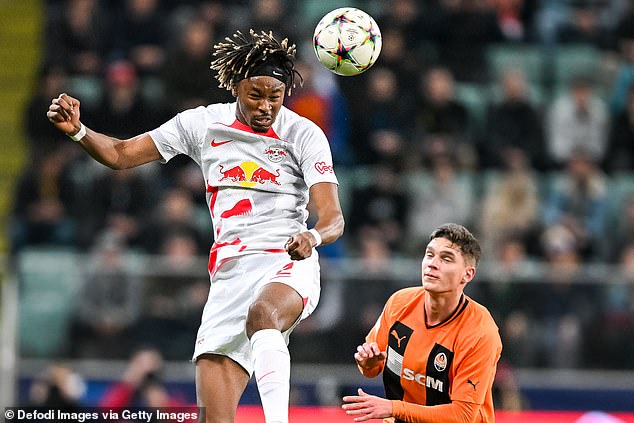 The win secures the German club second place in Group F, and qualification for the last 1

Dani Olmo completed a very slick training ground move, getting on the end of a quick freekick to curl a shot into top right hand corner of the goal and guarantee Leipzig’s place in the last 16 of the Champions League.

Avenging their 4-1 defeat to Shakhtar back in September with a quartet of goals, the German club broke the hearts of their opposition, who, with a win, could have still qualified for the quarter-finals of the competition ahead of the match. 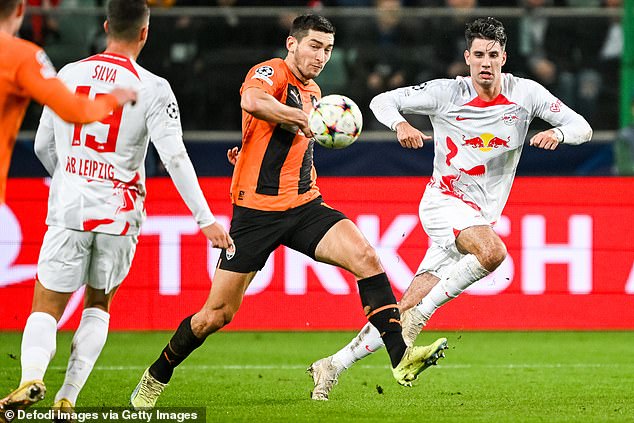 And while Shakhtar will continue in Europe this season in the Europa League, Leipzig looked in control from the moment they scored their first goal.

What rising interest rates mean for your credit, loans, savings and more