Joe Cole and Rio Ferdinand argued that Raheem Sterling needed a goal against Dinamo Zagreb for Chelsea, to relieve the pressure that is already mounting on him.

The England winger joined the Blues from Premier League rivals Manchester City over the summer, but has only scored five and assisted two in 16 appearances this season.

And both pundits insisted that there was an evident release of pent up frustration in his celebration, having drawn the hosts level in the 18th minute on Wednesday. 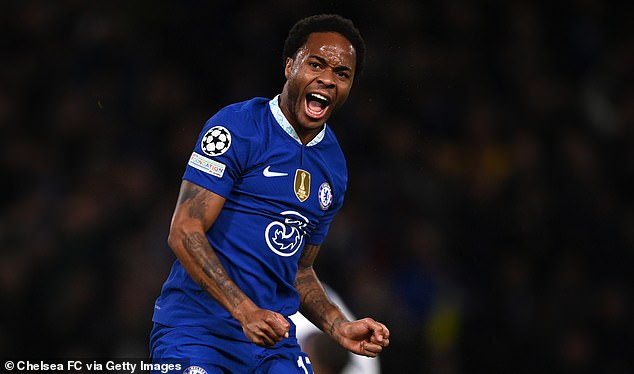 ‘He needed that goal Sterling,’ said Ferdinand on BT. ‘We were talking in the studio confidence-wise you can see in the celebration the frustration that he’s been feeling the relief to score that goal.

‘Attacking players they need that, and you see that frustration in that celebration.’

Sterling’s last goal for Chelsea in the Premier League came in August, and his sole Champions League goal came in a 1-1 draw with RB Salzburg in September. 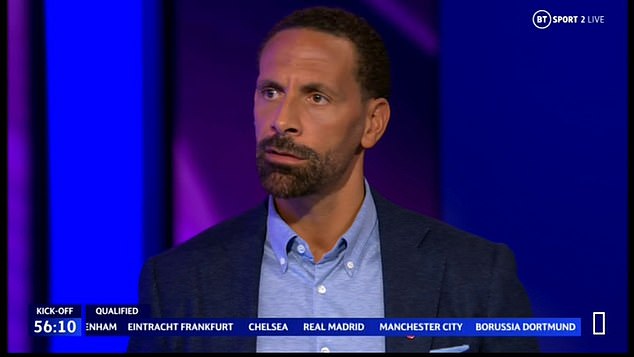 In contrast, he arrives off the back of consecutive seasons of 17, 14 and 31 goals under Pep Guardiola, with whom he won four Premier League titles. 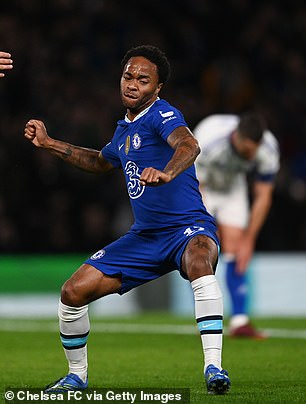 He scored only his fifth Chelsea goal on Wednesday evening

Under the Spanish coach he established himself as one of the premier attacking players in Europe, but his current form leaves him far short of the expectation Blues fans will have had prior to the start of 2022-23.

It has been a frustrating start to the campaign for the forward, who will be vying for a place in Gareth Southgate’s England squad.

And there has even been doubt cast over whether he deserves to start the Three Lions’ first game against Iran on November 21 based on his current form.

Former Chelsea midfielder Cole agreed with his BT colleague, but suggested that his compatriot could use the early strike to build momentum, with Chelsea only playing two more games before the World Cup break – including a mouth-watering clash against Arsenal at the weekend at Stamford Bridge.

‘He needed that goal you see the relief in him celebrating how much it meant to him,’ added Cole.

‘Playing in a more forward position here, I think he’ll be looking to add goals in this second half.’ 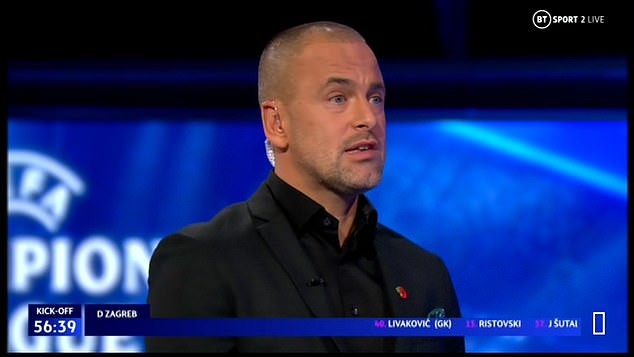