Jamie Carragher has slammed the ‘absolutely disgusting’ timing of the Qatar World Cup as Tottenham forward Son Heung-min faces a race against time to overcome an injury.

South Korea’s captain was forced off during Spurs’ Champions League match at Marseille on Tuesday night after suffering a nasty eye injury.

Son took a blow to his left cheekbone during his team’s 2-1 win and had to leave the field as his eye swelled up – though he was able to celebrate their progress to the last-16 afterwards. 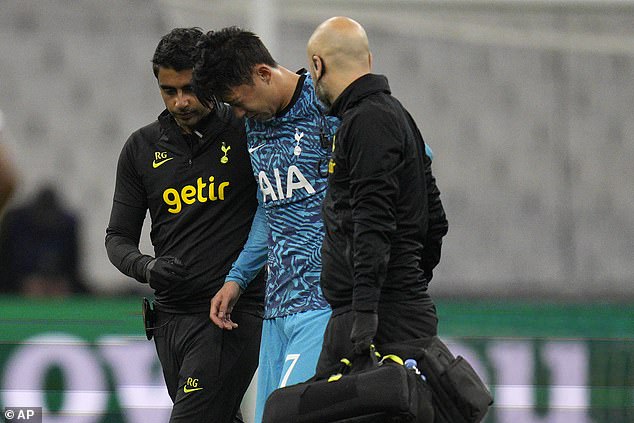 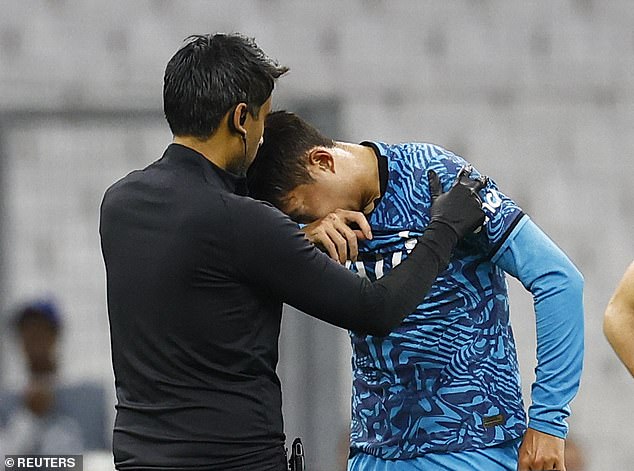 The 30-year-old has just over three weeks to recover ahead of South Korea’s opening game against Uruguay on November 24.

It comes after France’s Raphael Varane and Portugal’s Diogo Jota were ruled out of the first-ever winter World Cup after suffering injuries playing for their clubs.

And Liverpool legend Carragher criticised FIFA’s decision to alter the timing of the tournament from its usual summer slot to mid-season.

‘I think it’s an absolute disgrace that the World Cup is in the position it’s in, for lots of reasons,’ Carragher said on CBS Sports.

‘It was corrupt that Qatar were given the World Cup, we knew that at the time. 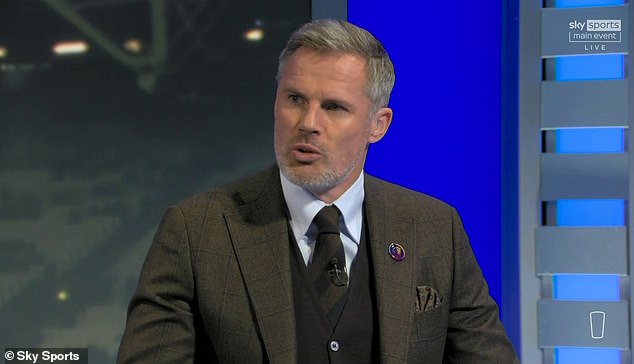 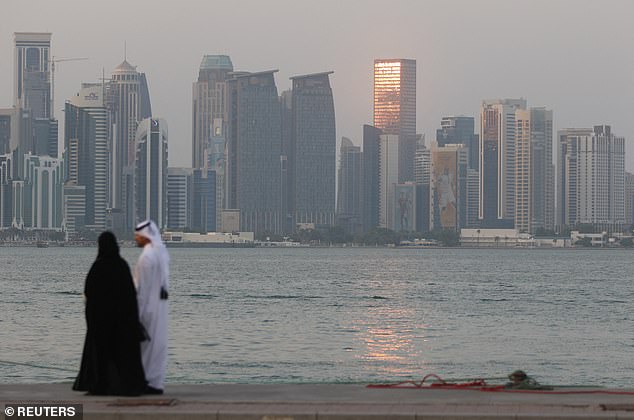 ‘They campaigned on having it in the summer, it is impossible there to have a World Cup in the summer with the temperature, it gets moved to the situation where it is now in the middle of the season.

‘Players who spend their whole lives dreaming of playing in a World Cup and now could be [out injured] – as we’ve seen with Son and players all around the world.

‘Varane was crying coming off the pitch at Stamford Bridge. That’s how close we are to a World Cup.

‘An injury, a 10-day or two-week injury, is going to keep players out of a World Cup and it should not be happening. 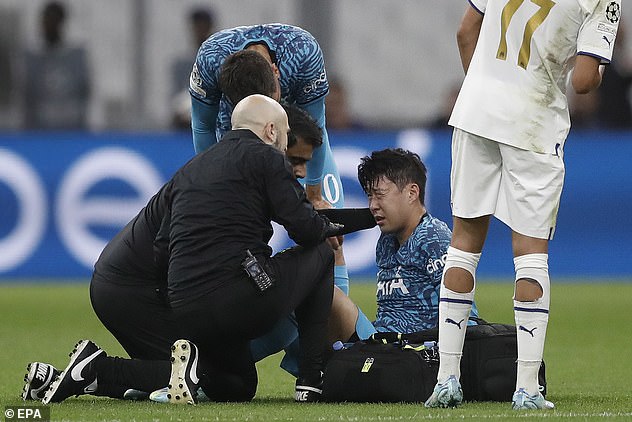 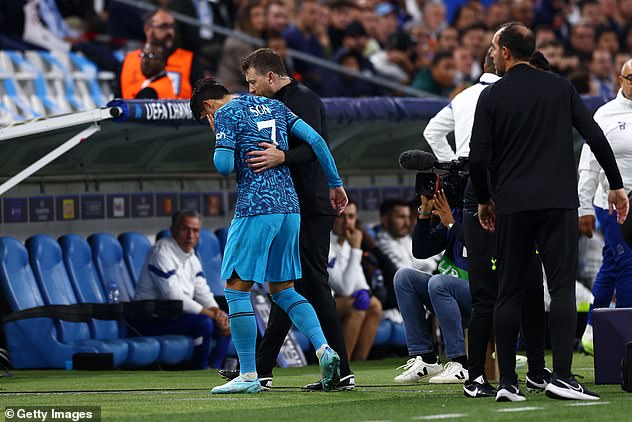 ‘And it all started with FIFA giving Qatar the World Cup and then moving it. I think it’s absolutely disgusting.’

After the match, Tottenham assistant Cristian Stellini said: ‘We have to wait for a medical assessment, and we have to wait until tomorrow.

‘Sonny feels better now, I saw him in the dressing room and he celebrated with us. It is his face, his eye is a bit swollen.’

A 95th-minute goal by Pierre-Emile Hojbjerg ensured Tottenham beat Marseille 2-1 to top their group and make the Champions League knockout phase as a seeded team in the draw.

But Antonio Conte’s side had to come from behind once again, with Clement Lenglet cancelling out Chancel Mbemba’s opener for the French club.