India beat Bangladesh by five runs in a controversial rain-affected clash in Adelaide on Wednesday to remain on track to make the semi-finals of the T20 World Cup.

Chasing 185 to win, Bangladesh raced to 66 without loss after seven overs thanks to a blistering half-century from Litton Das and were 17 runs above the DLS par score when heavy rain forced the players off.

It looked like the weather could help Bangladesh pull off a shock win, but the rain stopped just in time for India, and the umpires decided to resume the match despite doubts about whether the outfield was playable. 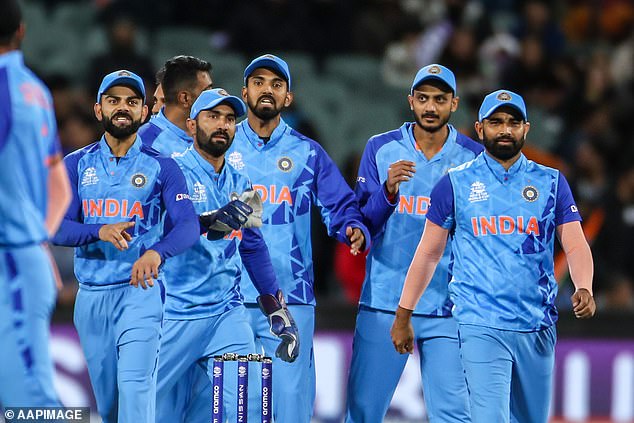 Bangladesh’s new target moved to 151 off 16 overs, and things could hardly have got off to a worse start for them after the restart when Das was run-out by a direct hit from KL Rahul.

Das lost his footing on the first ball of the restart and appeared to injure his wrist, and he again slipped going for the second run when Rahul ran him out the following ball.

His fellow opener Najmul Shanto quickly followed him back to the changing room after being caught in the deep by Suryakumar Yadav off the bowling of Mohammed Shami. 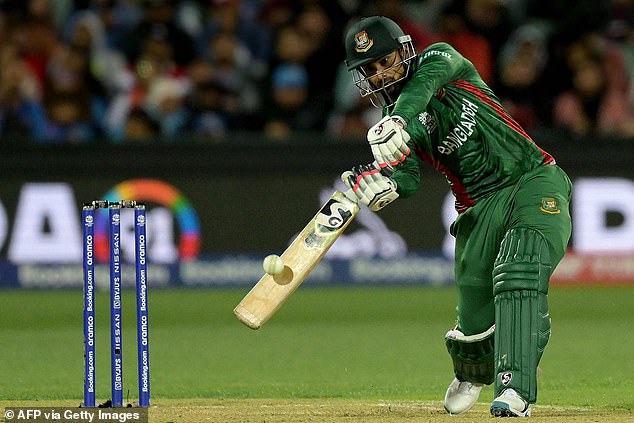 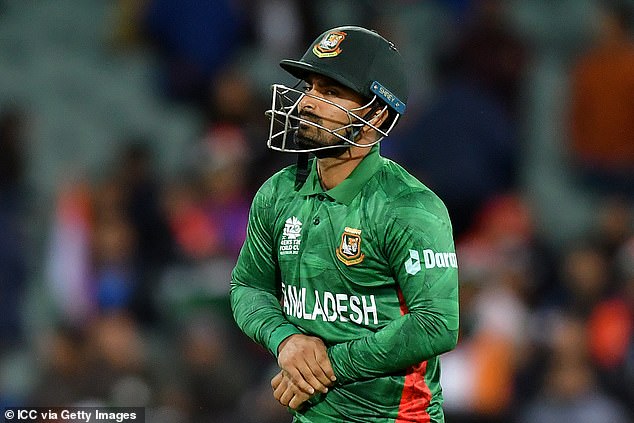 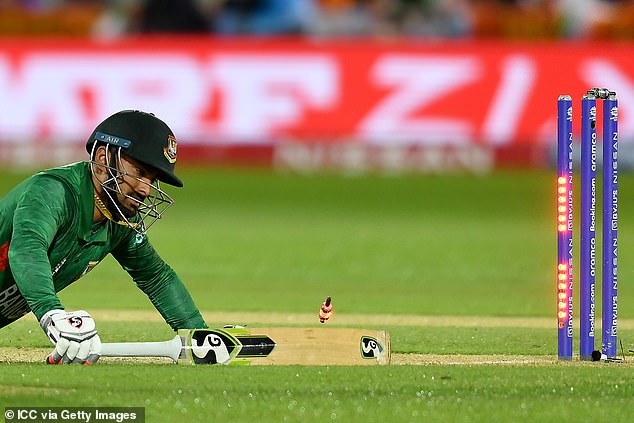 When Bangladesh lost four wickets in just 10 balls in the 11th and 12th overs to leave themselves on 108-6, it looked like the game was up.

However, Nurul Hasan and Taskin Ahmed refused to give up hope of a famous win, and kept finding the boundary to take the match to the final over, with 20 runs needed for victory.

Requiring a six off the final ball to force a super-over, Hasan could only pick out the long-off fielder for a single, as Bangladesh fell agonisingly short of a memorable win. 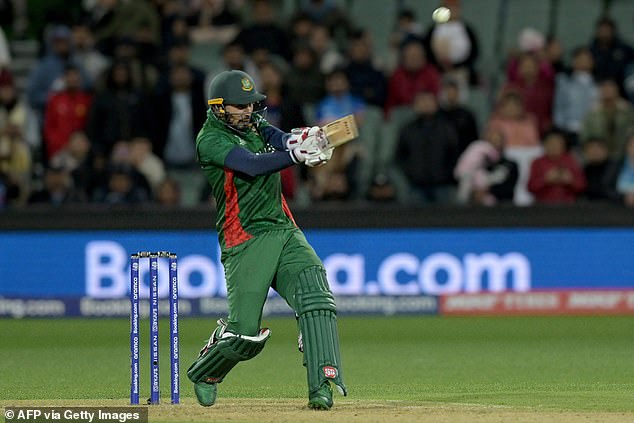 Nurul Hasan’s big-hitting nearly got Bangladesh over the line, but they fell just short

Earlier, India had posted 184-6, with Virat Kohli playing a starring role once again.

After KL Rahul had set the platform by returning to form with an impressive 50 off 32 balls, Kohli picked up the mantle and finished with an unbeaten 64 off 44 balls – his third half-century of the tournament.

Yadav also hit a brisk 30 off 16 balls to help India post an imposing total that proved too much for Bangladesh in the end. 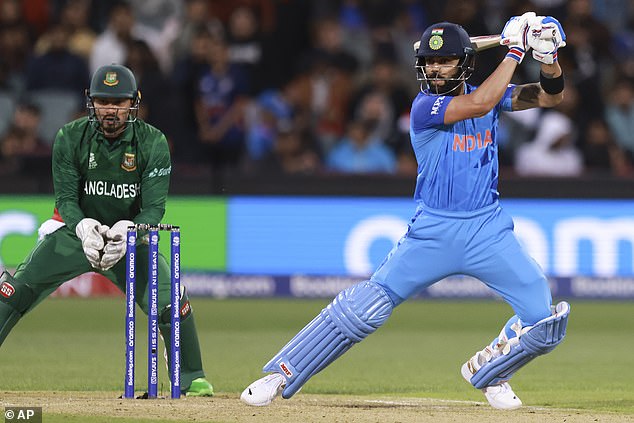 'The worst is behind us': Hong Kong hosts top bankers for finance summit