Those who were not there will never forget ‘Ronnie’s Rocket’. Thanks to the Match of the Day cameras and John Motson’s commentary, but thanks most of all to the scorer, Ronnie Radford, it remains one of the most iconic of all FA Cup goals.

It was a 35-yard piledriver on a wintry quagmire of a pitch and it ignited possibly the most famous Cup giant-killing of all time, by non-League Hereford United over mighty First Division Newcastle United.

Later anointed Goal of the Season, Ronnie’s Rocket also propelled Radford, a 28-year-old joiner from a Yorkshire pit village, into the ranks of the footballing immortals. 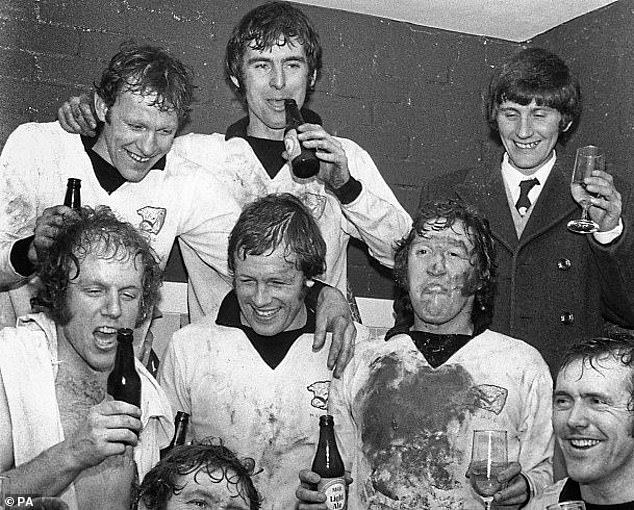 Ronnie Radford (back left), scorer of one of the most famous goals in English football history, died at the age of 79

Radford died yesterday, aged 79, after a long illness. He was not well enough to attend the 50th anniversary event I had the privilege of hosting earlier this year in the Herefordshire town of Leominster, just a few miles from the ramshackle old ground, Edgar Street, where on February 5, 1972, in that epic third-round replay, he wrote his name into the football history books.

But Motson was there, to recall the part Radford’s famous equaliser — wiping out the lead established by a Malcolm Macdonald header just three minutes earlier — played in kicking his own career into a new dimension.

Motson was just 26, and the Hereford v Newcastle highlights were meant to round off that night’s Match of the Day. Instead, the tie, which was won 2-1 when substitute Ricky George scored in extra time, became the main feature. And Motson’s infectious excitement — ‘Radford again… oh, what a goal! What a goal! Radford the scorer! Ronnie Radford!’ — turned him, more or less overnight, into one of the BBC’s main commentators. 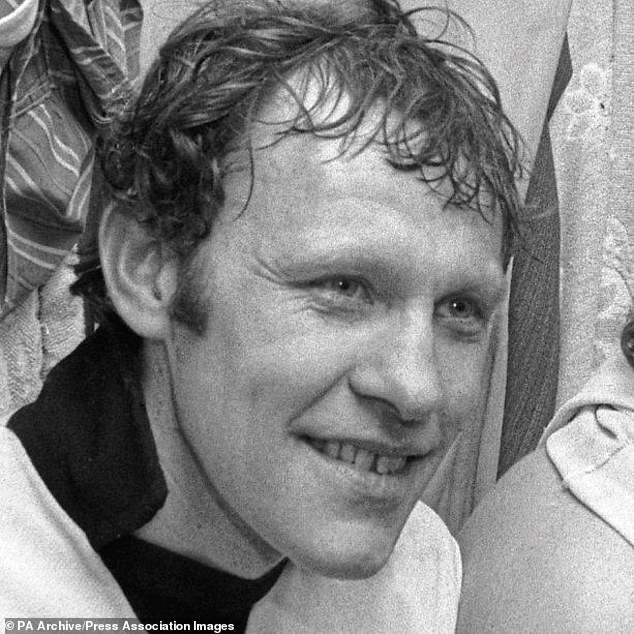 Motson told Sportsmail on Wednesday: ‘The first time I met Ronnie was when he came across the pitch that day to be interviewed. But I later got to know him very well at the many reunions that Hereford team staged, every year or two until that big one in February. He was a typical down-to-earth Yorkshireman, a very modest man who never craved or expected publicity. But that goal of his changed my life.’

The irony is that it did not do the same for Radford’s life. After growing up in South Elmsall, near Pontefract, he had been on the books of both Sheffield Wednesday and Leeds United, and later played professionally for Cheltenham Town and Newport County. But with young children to support he realised he could do better as a joiner.

So, momentously, he decided to go part-time and join Hereford. The goal changed nothing. Even that night, with Hereford into the next round of the Cup and facing another prestigious tie against West Ham United, he celebrated it with characteristic modesty. 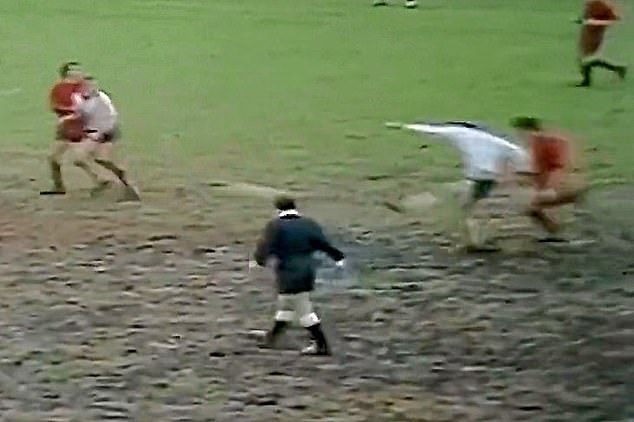 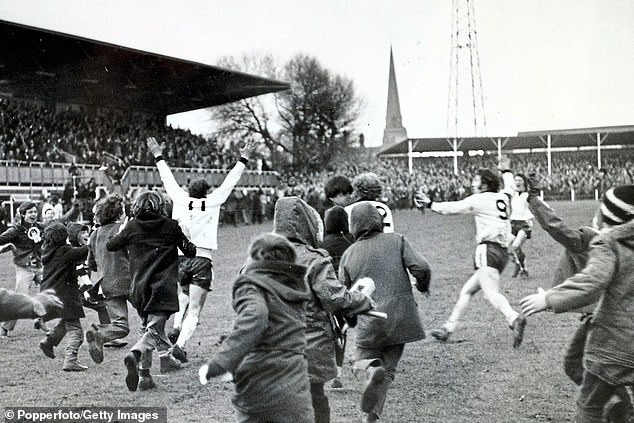 The goal, commentated on by John Motson, shot both the commentator and player to fame

‘I stopped off on the way home, with my wife and two kids, for chicken and chips,’ he told me over the phone in February, from his home in Wakefield. ‘Then we got some friends round to watch Match of the Day.’

On the Monday morning, far from looking down from cloud nine, he was fitting a rafter on a roof in Cheltenham.

Peter Isaac, the former Hereford United goalkeeper who coached the team in 1972 and is now in his 90s, said yesterday: ‘In some ways Ron was embarrassed by the goal, you know. He was such a gentleman, and he felt that all the publicity he got was unfair, because it was a team performance. But he was a quality player.

‘He didn’t have a lot of pace, but he could pick a pass, and as we know he could score a goal.’

After leaving Hereford, Radford spent a short while as player-manager at Worcester City and then packed the game in altogether. It was not an especially auspicious footballing career. Yet he became at least as celebrated as many of his more illustrious contemporaries, as a result of a single, seismic swing of a boot. 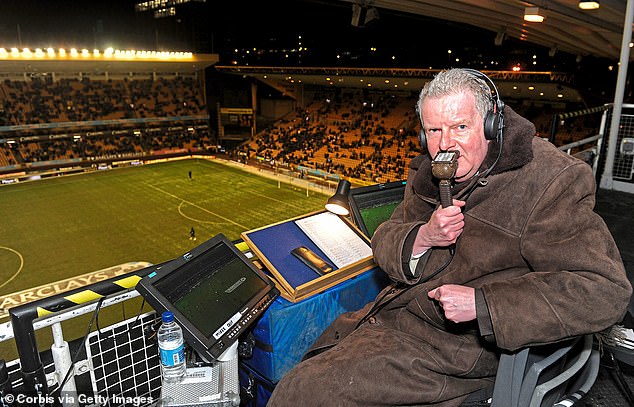 Motson called more than 2,000 games during a stellar career on the microphone but said the Radford goal made his career

Glaciers at Yellowstone and Yosemite National Park on track to disappear in the next 30 years, report says