The Flemington clean-up looks a sizeable job after punters trashed the racecourse following an eventful day at the Melbourne Cup.

An estimated 100,000 punters flocked to the iconic venue on Tuesday to watch the races having been shut out for two years amid the Covid pandemic, as Gold Trip roared to a sensational victory in the showpiece race of the day.

Among the star-studded guests were Cody Simpson, Sir Alex Ferguson and Peter V’landys, with the rainy weather not putting spectators off in Victoria.

But as punters left the venue at the end of a marathon day of racing, the scale of the clean-up job swiftly became apparent with photographs showing huge amounts of rubbish left behind. 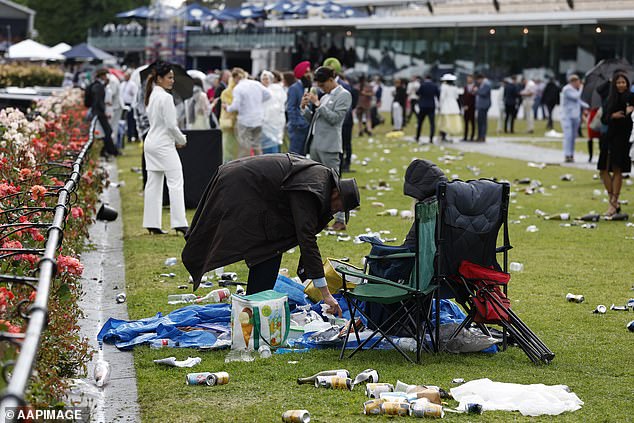 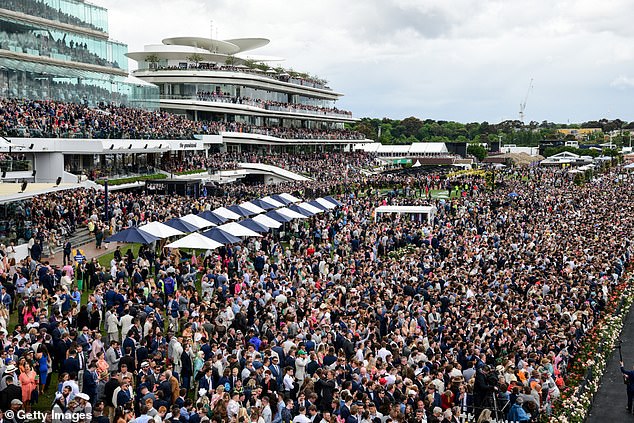 An estimated 100,000 fans turned out for the huge event after being shut out for two years 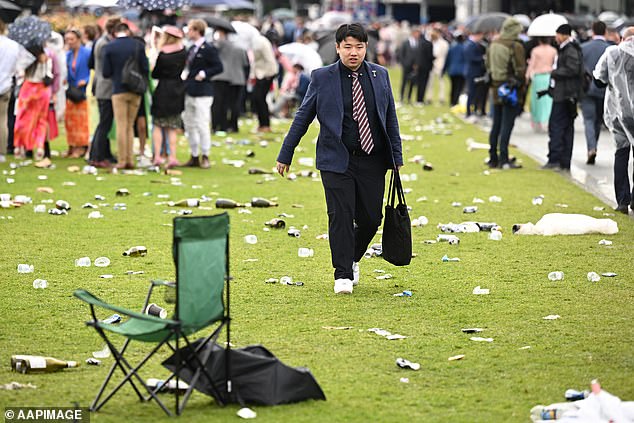 However, there will be a big clean-up required with lots of litter left behind on Tuesday 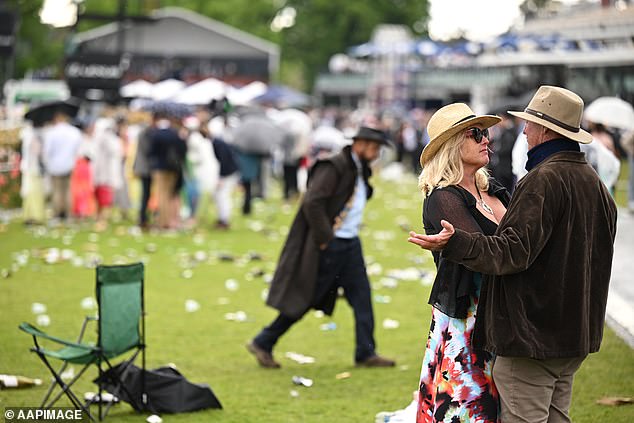 Empty cans of beer were left strewn over the turf, along with wine bottles and plastic cups in a sorry start of affairs at the racecourse.

Event organisers will have to deal with the chaos left behind, with revellers continuing their wild antics into the night by hitting Melbourne and Sydney.

One Melbourne Cup Day punter won astonishing $155,000 from a $1 bet that yielded a 100 per cent dividend while several wins from outsiders meant many more were left with hole in their pocket.

Drinks will likely continue to flow all evening for racegoers around the country after the iconic race with jockey Mark Zahra rode Gold Trip to perfection on Tuesday’s Melbourne Cup. 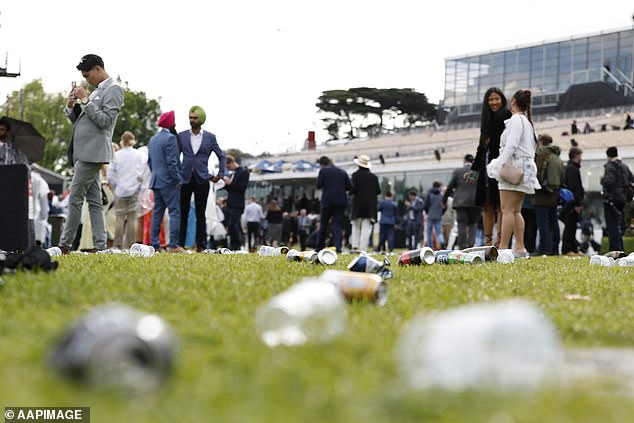 Empty beers cans, wine bottles and plastic cups are left strewn on the turf at Flemington 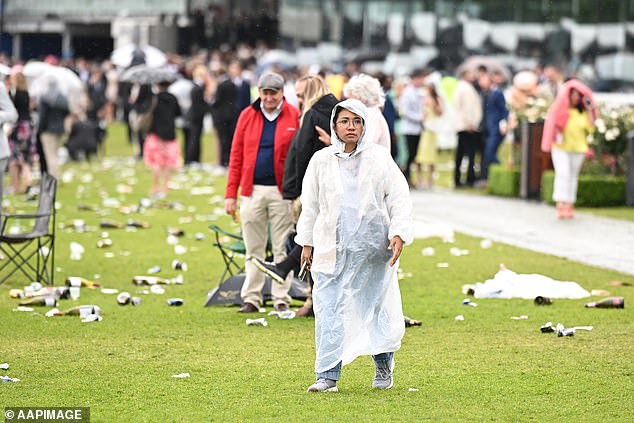 The jockey was seen giving the champion horse his all in the last 300m of the thrilling race, overtaking favourite Deauville Legend and ending with an X-rated spray at his rival jockeys as he crossed the line.

It was redemption for Zahra who was forced to sit back and watch his ride Verry Elleegant win the 2021 Melbourne Cup while he sat out after being suspended for breaches of Covid regulations.

‘This time last year I was watching Verry Elleegant win and getting told off for drinking too much. To come a full year and have redemption on a horse like this with good mates of mine.. it’s just an unbelievable feeling,’ he said.

What we know about India's deadly Morbi bridge collapse in Gujarat