Vision has emerged of the dramatic moment Lebanon players chased down a would-be thief and apprehended him in the streets of Manchester less than 24 hours before their World Cup clash with Jamaica.

You would have to be very brave or very stupid to try to rob an international rugby league team twice – but that is exactly what happened to the Lebanon side in Manchester ahead of their World Cup clash with Jamaica.

Just days ago the Cedars were targeted by thieves at their team hotel with the crooks making off with laptops, electronic devices and even the team jerseys, which were later dumped at a nearby building site.

Then, in the lead-up to the Cedars’ 74-12 thumping of Jamaica, players confronted a stranger who walked into the team room at their hotel.

The man decided to run, but he was quickly chased down by the athletes, who detained him until police arrived. 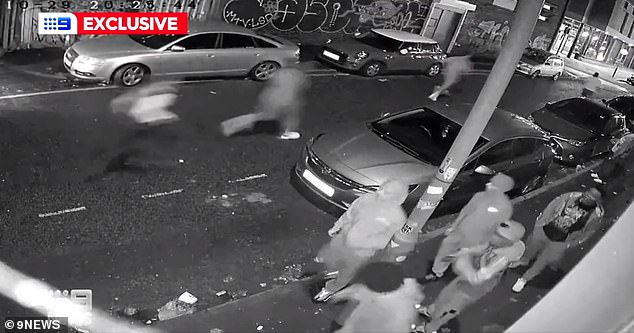 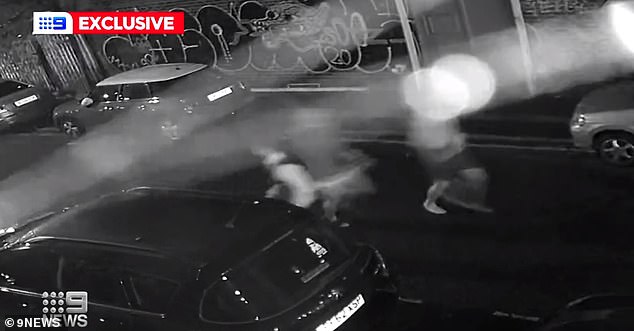 The vision shows players in various stages of undress, some barefoot and one player shirtless after leaping from a massage table to chase down the would-be crook.

The man tried to run, but had no hope against a team of athletes used to chasing down some of the fastest players in the world.

Lebanon coach Michael Cheika said the players were excited by the incident and thought they were part of a television cop show.

‘We had another intruder last night,’ he said.

‘They say we’re part-timers – I think the other part-time [work] we’re doing is security.

‘Someone came in the team room and I’m not sure what happened, but they called me, thank goodness, so I got down there and settled it all down and the police did their bit after that.

‘It was an early kick-off [against Jamaica] – I didn’t want them chasing blokes down the street at 10 o’clock at night. 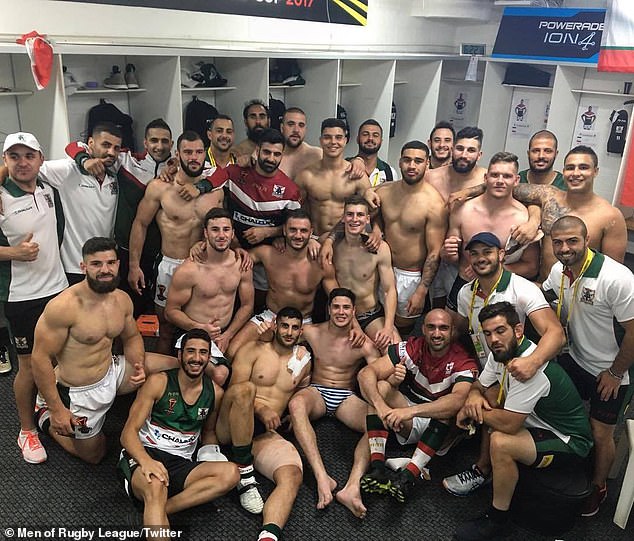 ‘They thought they were on an episode of Law and Order, the fellas. It has been a bit of a crazy week with all that happening and trying to not have it as a distraction.’

It has been a surreal experience for Cheika, who is also in England in his role as coach of the Argentinian rugby union side.

‘It was pretty weird when I woke up to do an early Zoom [on Friday morning UK time], I went down to the team room and everything was gone,’ he said. 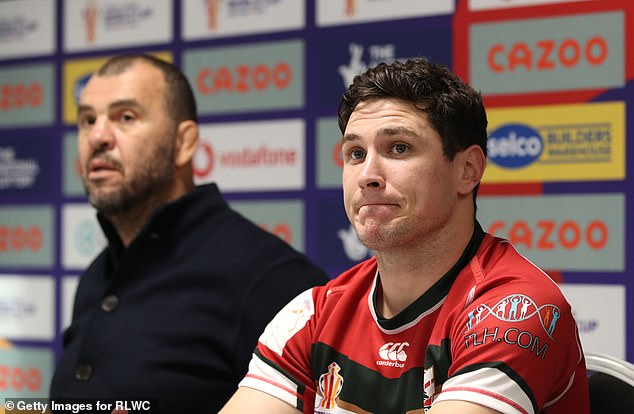 ‘The hotel said an hour later we’d be robbed. We got our strip back, that’s the main thing.

‘The first thing I’d steal would be the Lebanese jerseys – I don’t care about the computers. But everyone’s handled those distractions pretty well, we’re pushing on past that.’

Lebanon’s big win over Jamaica means they will play Australia in the quarter-finals of the World Cup.