Bengals assistant coach Adam Zimmer dies unexpectedly at 38, his sister announces, as the son of former Vikings head coach Mike Zimmer is remembered as the ‘kindest, sweetest soul there ever was’

Details about the cause of Zimmer’s death have not been revealed, but his passing has been confirmed by the team.

The 38-year-old is the son of former Minnesota Vikings head coach Mike Zimmer, and worked for his father with several NFL clubs, including the Bengals and Vikings. 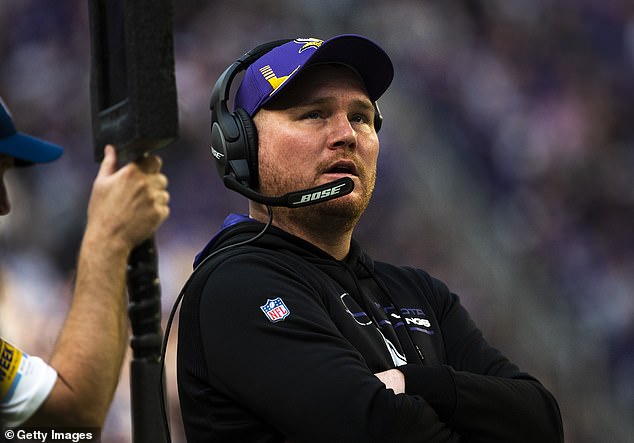 Zimmer rejoined the Bengals in July after eight years in Minnesota with his father. His coaching career began in 2006 as an assistant linebacking coach with the New Orleans Saints, who would go on to win Super Bowl XLIV.

Zimmer’s mother, Vikki, passed away unexpectedly in 2009 at age 50.

‘I can’t believe I’m writing this,’ Zimmer’s sister Corri wrote on Instagram alongside several pics of her brother.

‘I lost my big brother yesterday,’ she continued. ‘The kindest, sweetest, family loving, sports obsessed soul there ever was. I’ve felt pain like this once before but it’s been a while and I didn’t know I was able to feel like this again. My heart is shattered and it hurts so bad. I don’t know how to juggle being a mom to one year old twin boys and the grief of losing my brother so unexpectedly. I’m so lost, I’m so overwhelmed, I’m so heartbroken.

‘My brother was one of my best friends, especially after my mom died, we became so close. He was always there for me and always the first to show up and volunteer at my foundation events… I never even had to ask.

‘Always telling me what a good job I did and how proud he was of me. His support and love for me was SO big and I hope he knew how much I loved him. In the last year he told me countless times how he loved watching me be a mom and how proud he was of me. Please pray for our family as we try to navigate through this. Lord, we need your strength now more than ever. Please don’t let us lose faith.’

Bengals owner Mike Brown released a statement on Tuesday about Zimmer, who previously worked in Cincinnati when his father was the team’s defensive coordinator from 2008 until 2013.