The two sides of the Melbourne Cup: As a Who’s Who of horse racing parade through the streets, angry animal activists bare their claws

Hundreds of racing fans flocked to the city’s CBD about midday on Monday to watch the city’s Lord Mayor Sally Capp formally receive the trophy.

But Nup to the Cup demonstrators made their presence felt at the first parade since 2019.

They waved signs depicting horrific acts that have allegedly been committed against horses and yelled ‘horse racing kills’.

A dramatic photo showed the city’s Lord Mayor Sally Capp seated atop a convertible with the Cup, while protesters waved signs calling for jumps racing to be banned. 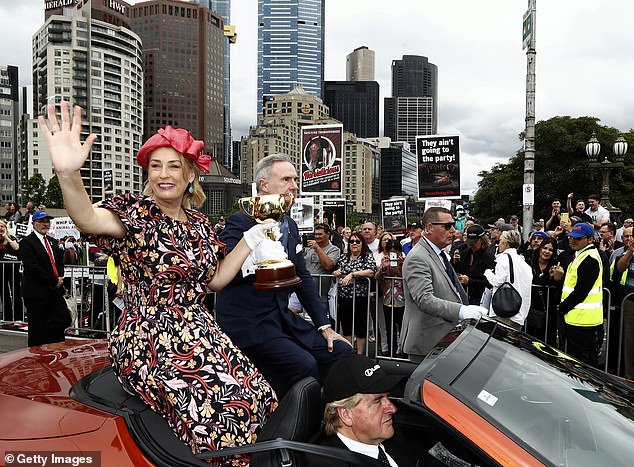 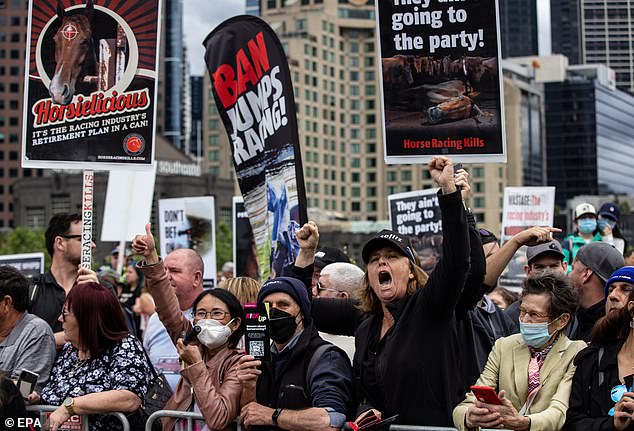 The march featured accomplished jockeys, racing royalty and thoroughbreds walking across the Princes Bridge and into Federation Square.

‘To think that everyone stops tomorrow for a minute-and-a-half to watch the race, it’s fantastic.’

She has trained two of the main competitors for Tuesday’s race.

Once the procession arrived at the square, Victorian Racing Club Chairman Neil Wilson and Lord Mayor Sally Capp presented the 2022 Lexus Melbourne Cup Trophy to the City of Melbourne.

Meanwhile, fired-up protesters pressed themselves against fence barriers and screamed ‘there’s no excuse’ for racing. 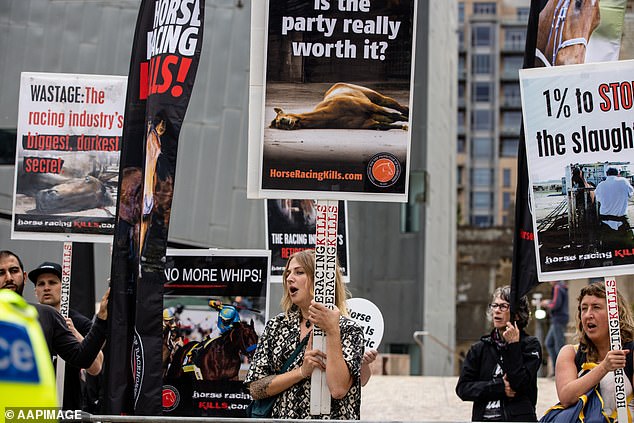 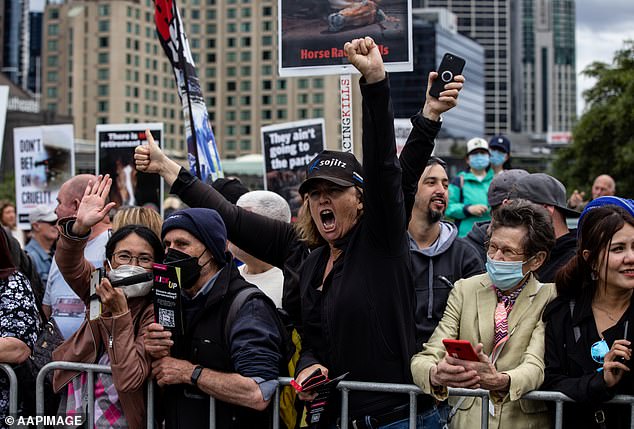 Dedicated horse racing fan Jessica Ryan said she was glad to see so many people at the parade and ignored the protesters.

‘I go to racing all year round. I know the ins and outs of (horse racing). Everything the protesters are saying is fake,’ she told The Australian.

‘Victoria has one of the best rehabilitation (programs) for race horses after racing.’

The Melbourne Cup is set to kick off from Tuesday with thousands expected to head to Flemington for the 3pm race. 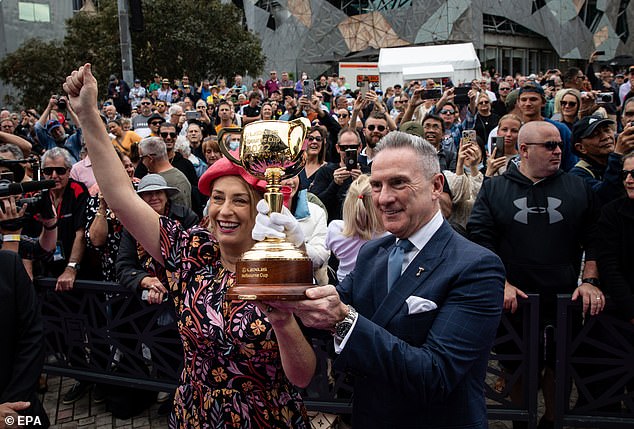 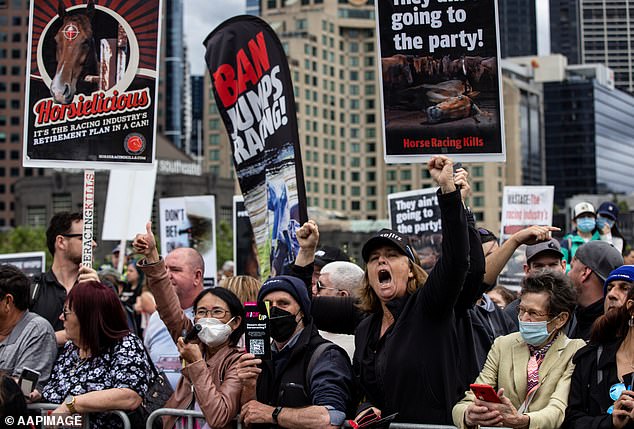 ‘Melbourne Cup is often seen as a day where we get together and celebrate, but what we’re celebrating is wrong,’ she told SBS.

‘In the past 10 years, eight horses have been killed at Flemington on Melbourne Cup Day from injuries they sustain.

‘Because recovery is expensive, time consuming and really difficult for a horse, they will just euthanise them on the track.’