Nicky Butt is to take over from fellow co-owner Gary Neville as chief executive of Salford, the League Two club have announced.

Neville took on the role on a part-time basis after he and former Manchester United ‘Class of 92’ team-mates Butt, Phil Neville, Paul Scholes and Ryan Giggs purchased the club along with Singaporean businessman Peter Lim eight years ago.

Since the acquisition, the club have risen from the Northern Premier League First Division North – the eighth tier of English football – to reach the League ranks and ex-team-mate David Beckham has joined them as an investor. 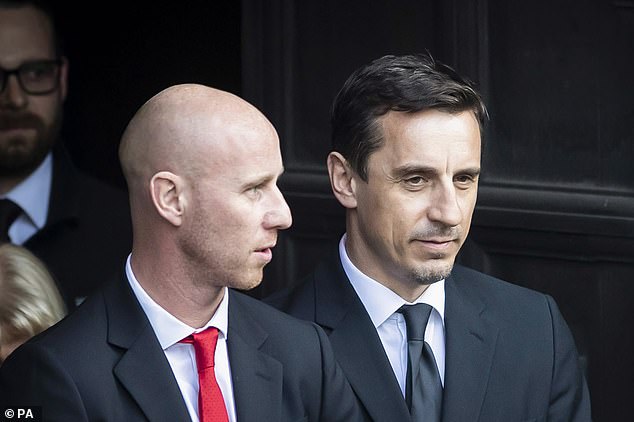 Neville, who has numerous other interests including a successful media career, is now stepping away from the day-to-day running of the club to allow Butt to take over as full-time CEO.

Butt, 47, left his role as head of first-team development at United last year.

Neville said: ‘I have enjoyed my eight years and can’t believe how much we have achieved in that time, and how proud I am of the hard work everyone at the club has put in to make a dream we had whilst on a train turn into a reality.

‘I will now be able to sit back and enjoy the game on match days safe in the knowledge that it is in good hands.’

Butt said: ‘I am delighted and welcome this opportunity, this pressure, this responsibility.

‘I accept the responsibility of the long-term vision, whilst concentrating on the short-term goals and what is needed now, and will work hard to take the club to where we believe it can be.’