Dustin Johnson and his 4 Aces LIV Golf teammates pack on the PDA with their partners as he tops the payouts table from the Saudi tour on $35.6m… and even flop Pat Perez gets $8m!

By Oliver Todd For Dailymail.Com and Steve Keating, Reuters

For Dustin Johnson and his 4 Aces teammates, their maiden LIV Golf Team Championship success was sealed with a kiss – and a series of multi-million dollar pay cheques.

Captain Johnson, 38, topped the earnings table by earning $35.6million from his eight events this year on top of a reported signing-on bonus of over $100m on the mega-rich Saudi rebel tour.

4 Aces teammates Patrick Reed and Talor Gooch were also on the leaderboard of top earners, pocketing $12.2m and $10.3m for their performances – and even Pat Perez took home $8m despite a run of 34th, 32nd, 16th, 31st, 40th and 46th-place finishes in his six events.

Johnson, Reed, Perez and Gooch were pictured kissing their partners Paulina Gretzky, Justine Reed, Ashley Perez and Ally Gooch on the course to toast their triumph at Trump National in Miami.

‘All the push-back, all the negative comments, everything we’ve gotten, at this point I really don’t care. I mean, I don’t care. I’m paid,’ Perez said. ‘I don’t give a damn’. 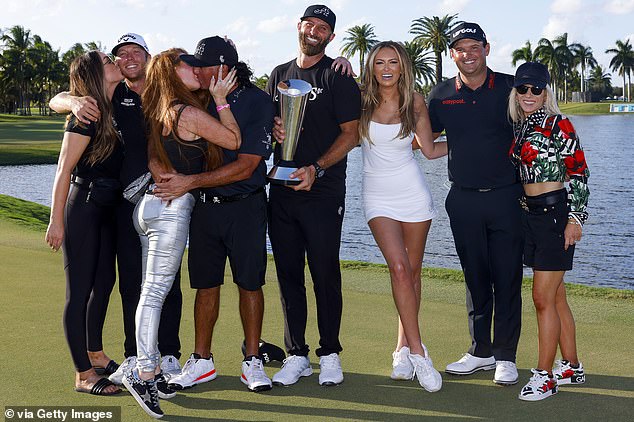 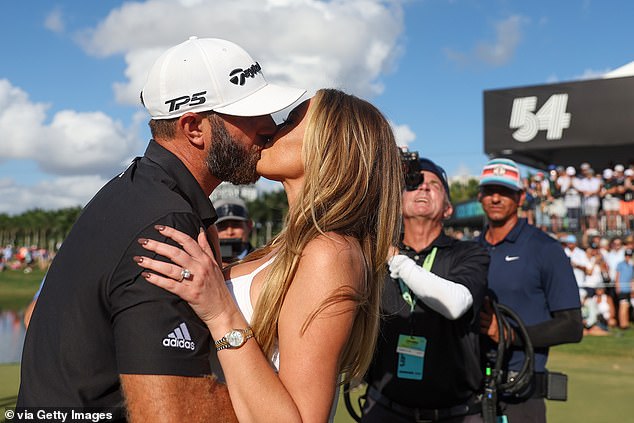 ‘My team played unbelievable this year,’ he added. ‘I feel like I’m really part of something that I’ve never been part of, other than me and my caddie, we’ve just been just us our whole life.

‘To have these guys and their caddies and families and coaches and everybody, it’s just one big family now. I just couldn’t be any happier. It’s unbelievable.’

LIV Golf’s disruption to golf’s standing order has been the talking point of the year in the sport, with Johnson and Co signing deals with huge sign-on fees to turn their backs on the long-standing PGA Tour amid legal rows about their contracts and ability to compete in golf’s majors.

But the Saudi money has come with plenty of scrutiny with critics accusing LIV golfers of being little more than well paid mercenaries in a ‘sportwashing’ scheme by a nation trying to improve its reputation over its human rights record.

If sportwashing was the objective of LIV Golf, it failed miserably instead drawing attention to a number of Saudi involvements from the murder of journalist Jamal Khashoggi to the Kingdom’s treatment of women.

LIV Golf CEO Greg Norman defended the Saudi human rights record and Khashoggi murder saying ‘we’ve all made mistakes’ while in Miami, but he kept a low profile holding no formal media availability leaving it to golfers and host Donald Trump to step in praise the project. 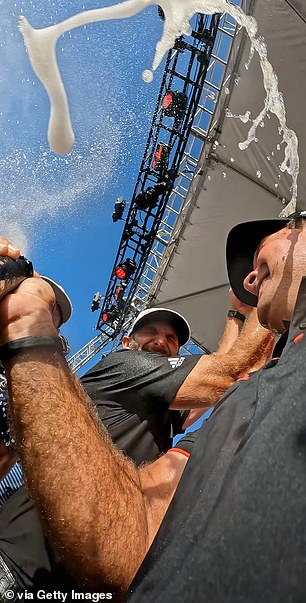 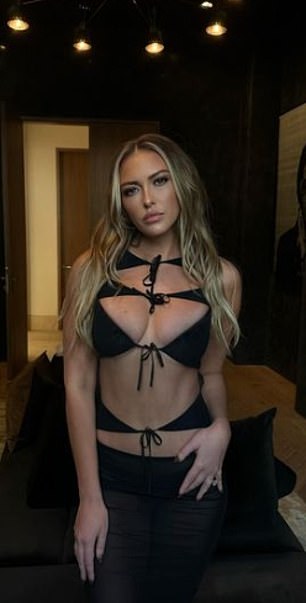 Johnson celebrated with champagne, while Gretzky posted (right) with the caption: ‘ACES’ 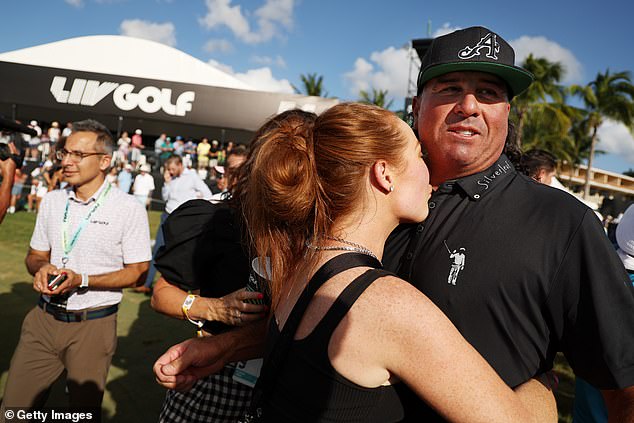 Describing LIV’s Saudi backers ‘as good people with unlimited money’, Trump teased that even more big names will be signing onto the rebel circuit next year.

LIV will be rebranded as the LIV Golf League next season but will stick with what it sees as a winning formula, putting an increased focus on the team competition as it grows from eight to 14 events with prize money jumping to more than $400 million.

‘Were having a lot of current tournaments on multiple tours coming to us wanting a LIV event, we only have 14 so it’s not like we have a lot to go around, but we’re going to have an exciting year next year with a lot of strong play and a lot of strong tournaments.’

Why Switzerland built a 2-kilometer-long train