Lucky Arsenal fan wins £4,250 after lumping a £125 bet on Gabriel Martinelli to score first and the Gunners to beat Nottingham Forest 5-0 at 33/1… as he begged them to stop scoring with a picture of his slip from the Emirates

By Lewis Browning For Mailonline

An Arsenal fan has shown off his successful betting slip after winning £4,250 from a £125 wager.

Callum McGinley, better known by his internet name Callux, backed his side to win 5-0 against Nottingham Forest with Gabriel Martinelli scoring first, and his wishes were granted at the Emirates on Sunday afternoon.

He posted a picture of the bet slip at 3:36pm, just minutes from full time with the score at 5-0, begging his side to stop scoring with the caption: ‘PLEASE FOR THE LOVE OF GOD ARSENAL’. 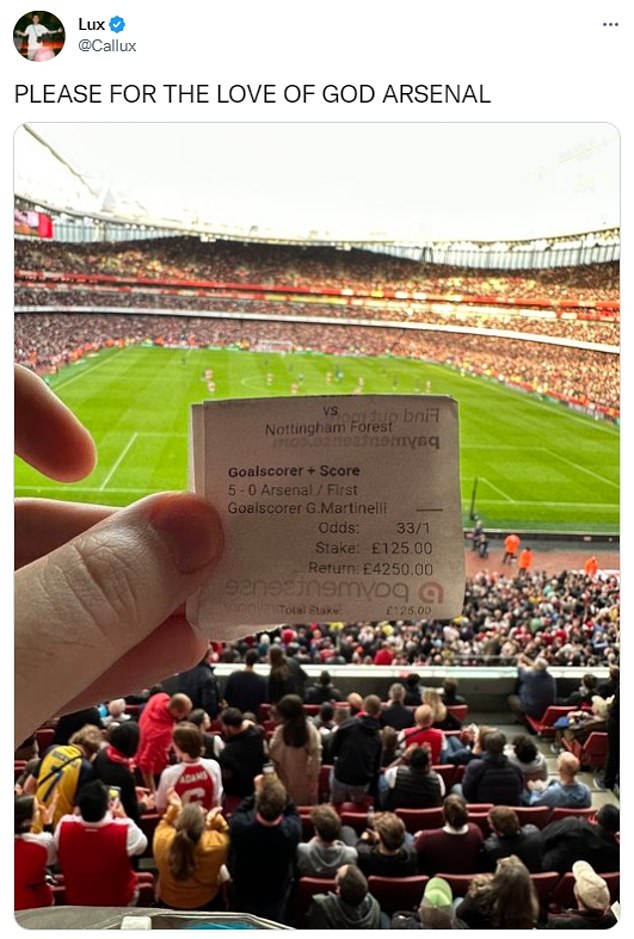 An Arsenal fan has won £4,250 after placing an ambitious £150 bet on his side on Sunday 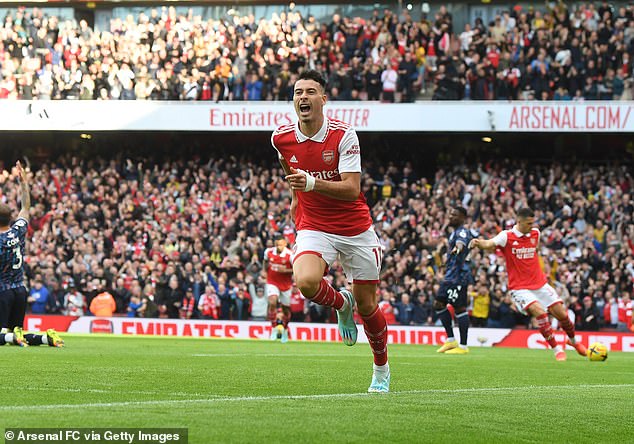 Mikel Arteta’s side returned to the top of the Premier League with the victory, which came in easy fashion as the Gunners dismantled the division’s basement side in North London.

Martinelli opened the scoring in the fifth minute, before substitute Reiss Nelson netted a brace in his first appearance of the season to make it 3-0.

Thomas Partey and Martin Odegaard then made it 5-0 by 78 minutes, before the YouTube star was left holding his breath for the final period of the game. 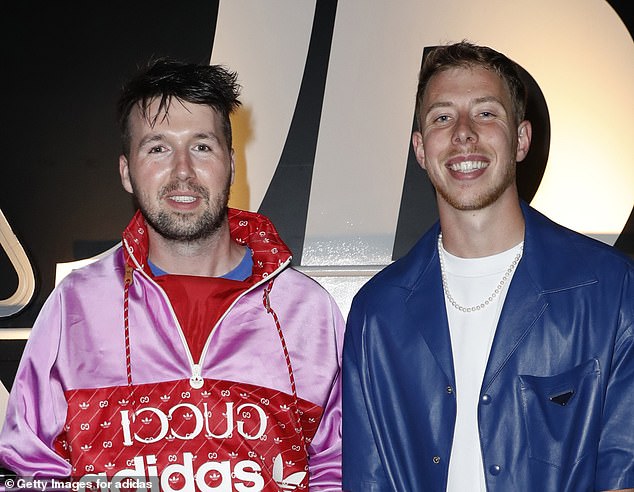 Callum McGinley (right), better known as Callux, begged his side to stop scoring at 5-0 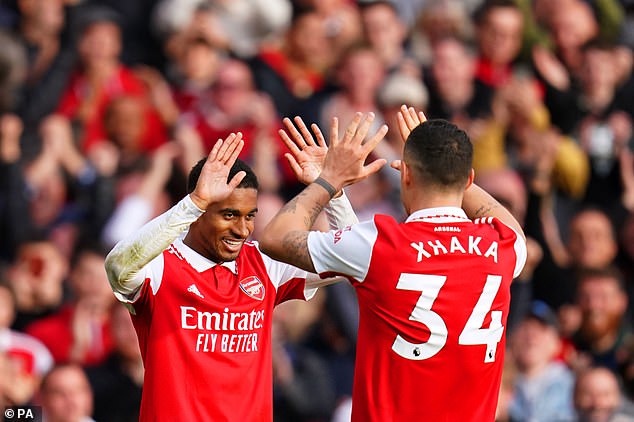 But Arsenal answered his pleas and didn’t score again, earning McGinley a profit of over £4,000.

He shared a celebration video taken at the full time whistle, where he can be seen hugging the likes of KSI in celebration.

The 33/1 bet triggered hysteria from fans on social media, with one supporter tweeting: ‘LOOOL you’ve got it’.

Another asked: ‘Fancy lending me a fiver?’ as McGinley’s followers congratulated him on his winnings below the celebration video captioned: ‘man like callux the bet king.’

Keys to averting disaster in a big crowd