Tiger Woods was accidentally featured in a campaign ad advocating the use of capital punishment for ‘cop killers’ and ‘mass murderers’.

Republican Kris Kobach, the party’s nominee for Kansas attorney general, released the campaign ad Thursday but mistakenly included a clip of the legendary golfer’s 2017 DUI arrest in the footage.

In the ad, dubbed ‘Just Intentional’, Kobach slammed his Democrat opponent Chris Mann, over his opposition to capital punishment.

The clip of the 15-time Major winner was spliced with footage of the Carr brothers, who are two convicted murderers currently on Kansas’ death row.

As the ad cut to an image of Woods being arrested, the narrator said: ‘But if Chris Mann gets his way, there will be no capital punishment for cop killers.’

The error was quickly caught and corrected within minutes, according to a spokesperson for Kobach, Danedri Herbert, who blamed the ad agency the campaign hired. 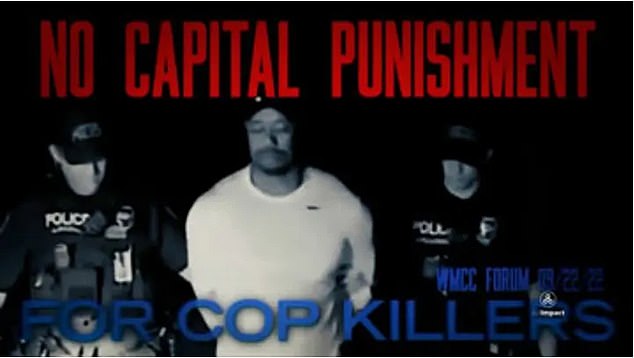 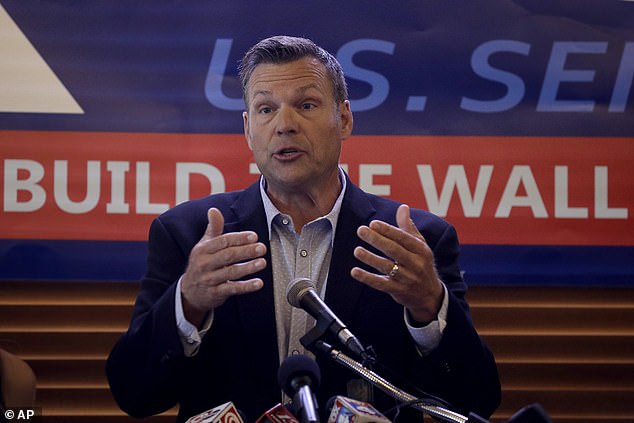 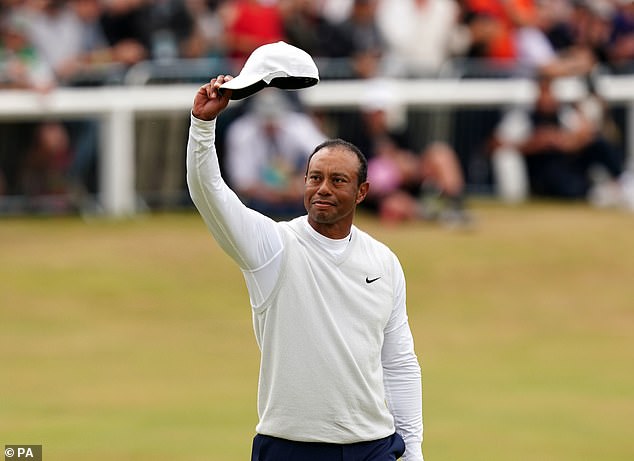 ‘That was an ad agency error. We caught it and fixed it within minutes,’ she told Fox News.

‘What a happy accident that media is going to pick this up and expose Chris Mann as a soft-on-crime liberal Democrat who will let cop killers and mass murderers off easy for their heinous crimes.’

The new ad replaced the section that included Woods with footage of what appears to be a prison inmate.

If soft-on-crime Chris Mann becomes Attorney General, it will be more dangerous for our families. We just can’t let that happen. We can’t risk our safety on Liberal Democrat Chris Mann. #ksleg pic.twitter.com/y39H8njhzA

While Woods was initially stopped and booked for driving under the influence in 2017, he eventually pleaded guilty to one count of reckless driving and was given probation. 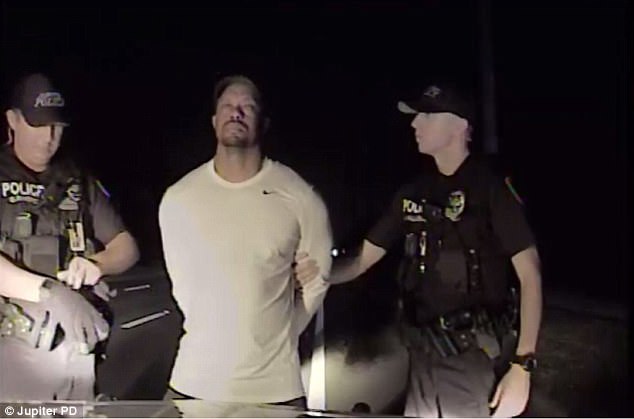 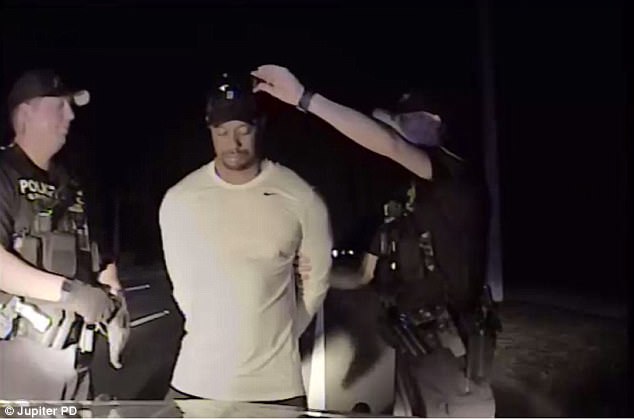 Woods was initially stopped and booked for driving under the influence, he eventually pleaded guilty to one count of reckless driving and was given probation

Woods said an ‘unexpected reaction’ to prescription medicine – not alcohol – was the reason for his arrest. He said he understood the severity of the incident and takes full responsibility.

‘I want the public to know that alcohol was not involved,’ he said in 2017. ‘What happened was an unexpected reaction to prescribed medications. I didn’t realize the mix of medications had affected me so strongly.’

In 2021, Woods was also involved in a single-vehicle accident which left him hospitalized for weeks and required him to have surgery on open fractures on his lower right leg and further injuries to his foot and ankle.

He had been traveling twice the speed limit on a California highway before he lost control and crashed his vehicle.

The golfing legend made a sensational return to the course at the Masters in April.

The Reginald, 44, and Jonathan, 41, Carr brothers are on death row after killing five in a 2000 Wichita-area shooting spree. 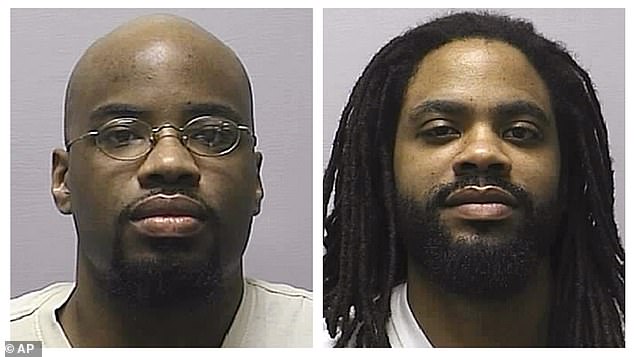 The clip of Woods was spliced with footage of the Carr brothers, Reginald (left), 44, and Jonathan (right), 41, who are two convicted murderers currently on Kansas’ death row

In a statement via cjonline, Mann’s spokesperson, Kelli Kee, called the ad ‘absolutely false and deceptive.’

‘He needs to take down the ad,’ Kee said. ‘Chris Mann is a former cop who was injured in the line of duty. Kris Kobach has no shame in the lies he’ll tell to win political power.’

Kobach launched a similar attack against Mann during a debate Tuesday. He said: ‘In Kansas, the attorney general plays a critical role in ensuring that our men and women in blue are protected against people who would kill them. 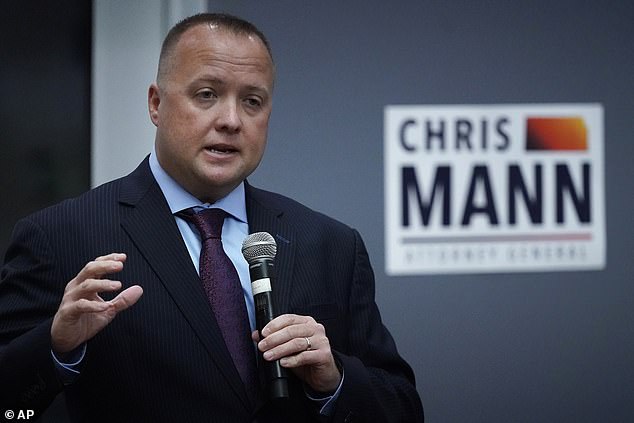 ‘And one of the ways of doing that is by deterring it with the death penalty.’

But Mann, a former Lawrence Police Department officer and prosecutor who is now in private practice, insisted that while he personally opposes the death penalty, his job is to enforce the law.

‘I have never said I would not use the death penalty,’ Mann said.

'We cannot control this kind of game': Jurgen Klopp says his Liverpool players are struggling