‘We cannot control this kind of game’: Jurgen Klopp says his Liverpool players are struggling after being ‘overplayed’ this season in another moan about burnout – as he admits his side ‘gave too many balls away’ in defeat by Leeds

A furious Jurgen Klopp has called out his Liverpool players for being unable to ‘control the game’ against Leeds as Jesse Marsch‘s out-of-form stars secured a shock 1-2 Anfield win.

The Liverpool boss watched on as his side conceded in the opening five minutes of the match after Joe Gomez’ misplaced back-pass was intercepted by Rodrigo Moreno who finished into an open net. 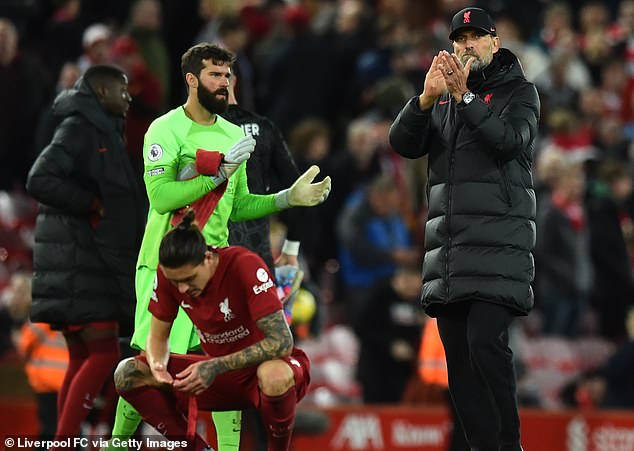 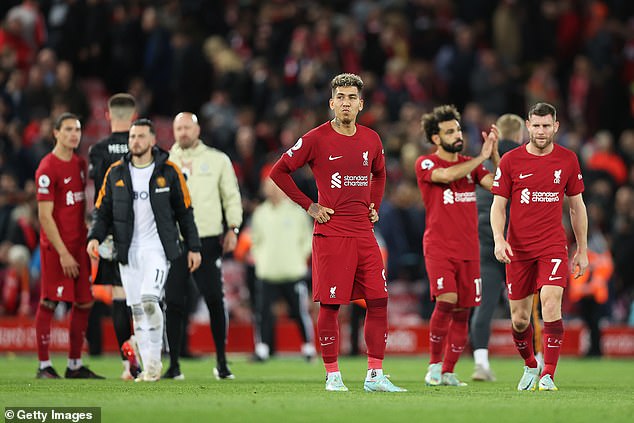 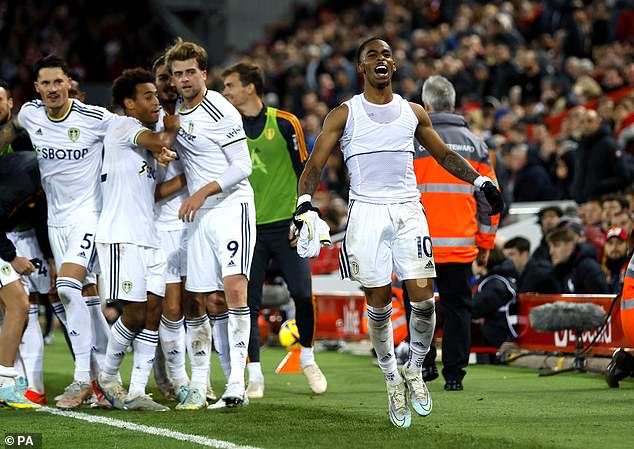 The hosts responded through a Mo Salah equaliser, before Leeds’ Dutch star Crysencio Summerville clinched an 89th minute winner in front of the Kop.

Back-to-back defeats against Nottingham Forest and fellow relegation contenders Leeds leaves Liverpool facing an uphill battle after their worst start to a season under Klopp.

Speaking on Sky Sports after the game, an honest Klopp admitted that defeat was another ‘set back’ as his team failed to build on Wednesday’s Champions League away win over Ajax but praised his side for creating big chances. 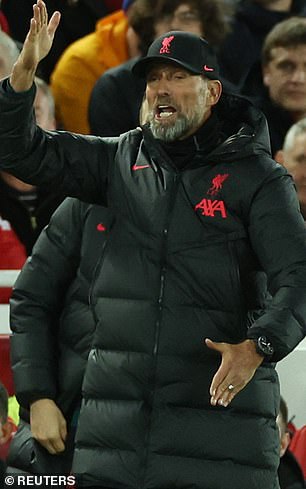 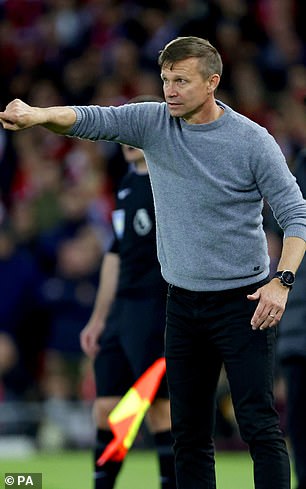 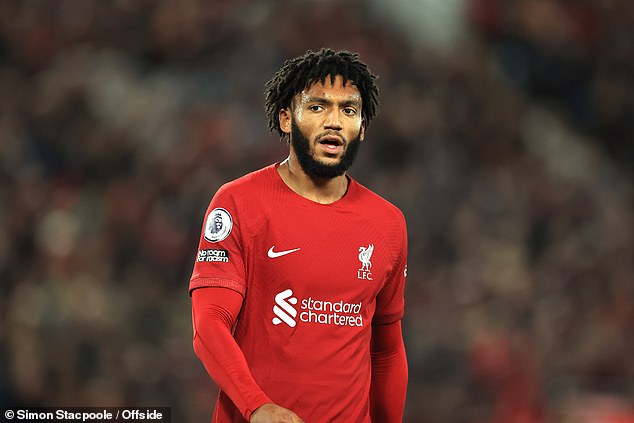 ‘Another set back absolutely. I thought we made a really good start to the game, we were really lively which is what we wanted and then we conceded a freakish goal.

‘Scored an equaliser but it didn’t give us the complete security back for whatever reason, we struggled with controlling the game obviously which is difficult with the speed they have up front. We gave too many balls away.

‘The boys tried, they really tried. We had a lot of possession we had big chances. But in the end if it is 1-1 you defend the situation on a second goal like this then you leave everything open so for them it is really, I don’t know really. 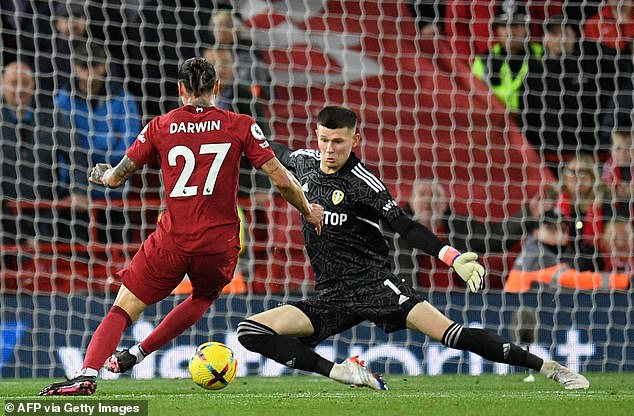 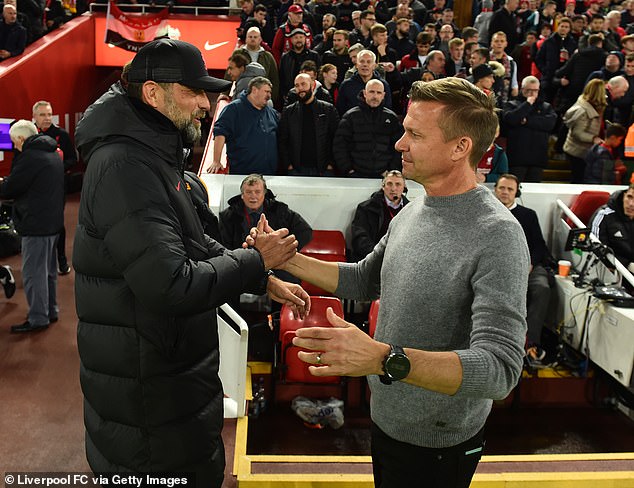 ‘But the problem is we cannot control this kind of game at the moment,’ said Klopp.

Gomez’s error combined with Alisson’s slip and Rodrigo’s finish got Liverpool off to the worst possible start under the floodlights at Anfield as the hosts were caught off guard by an energetic Leeds side.

Liverpool fought their way back into the encounter but came unstuck in the game’s closing moments as Klopp’s squad of superstars failed to capitalise on goalscoring opportunities. 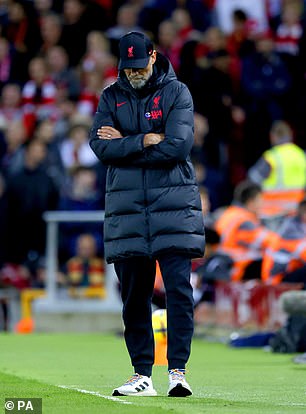 Klopp admitted some of his players were suffering from being ‘overplayed’

The Reds boss refused to criticise either of his players involved in the opening goal as he labeled Rodrigo’s sixth strike of the season as an ‘own goal’.

But then proceeded to question Liverpool’s inability to control the game against an opposition they beat 6-0 at Anfield last season.

‘How can you bring this goal together with all the other goals we have conceded? It is an own goal, it’s nothing to do with the situation, he passed the ball and the goalie slipped,’ said Klopp.

‘It’s unlucky but it happens, we had a similar situation before which we didn’t use where the goalie and the defender have a misunderstanding and we don’t use it but that’s it.

‘If you don’t finish the situations off then you can leave it open and again we can watch this game completely and you can not defend like we defend around the second goal it is just not possible but we did,’ he added.

The 55-year-old is no stranger to congested fixture lists with Klopp one of the Premier League’s most outspoken managers about the amount of games players are forced to play.

Liverpool have played 18 games so far this season as they strive to compete for success both abroad in the Champions League and back on home soil. 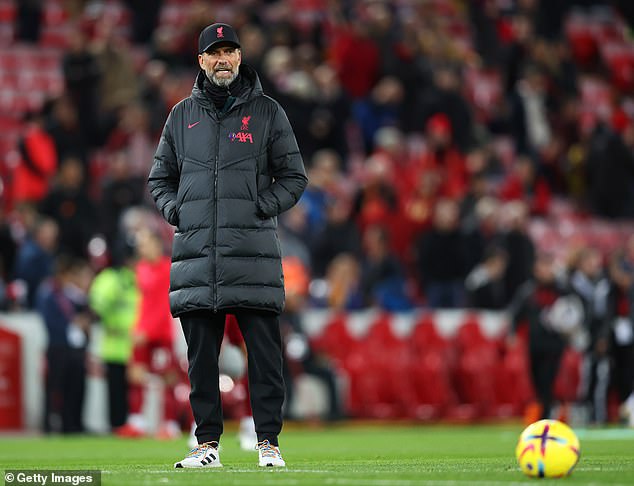 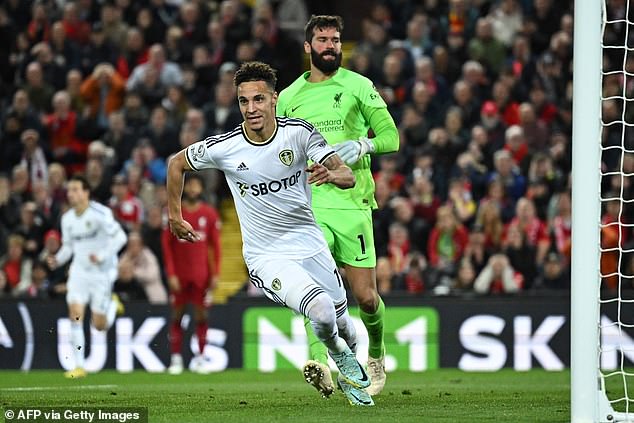 His side have further been hampered with injuries to key stars such as Trent Alexander-Arnold, Thiago, and Andrew Robertson with Klopp explaining some players were suffering with fatigue after their loss against Leeds.

‘Too often (we can’t control this kind of game) With the amount of games we have maybe some players are a little bit overplayed.

‘One thing leads to the other things and that is how it is and you can see that we have very good moments like a lot of parts of the game but all over it is not enough.

‘Harvey Elliot has been playing exceptional for us this season and had a good start to the game but then couldn’t keep going and Thiago was ill last week but not ill since 2-3 days anymore so we think he is fresh and will bring fresh legs in and that makes sense.’