Lebron James took to Instagram Thursday to put a up cryptic post about being taken for granted which has raised the eyes of Lakers fans everywhere.

The post comes as the Lakers have gotten off to a 0-4 start to the season and struggled to shoot the ball from 3-point range at a historic rate.

‘How long will you be taken for granted…… Keep going kid,’ read the post which shows Lebron dunking over former teammate and now Denver Nuggets player Kentavious Caldwell-Pope. 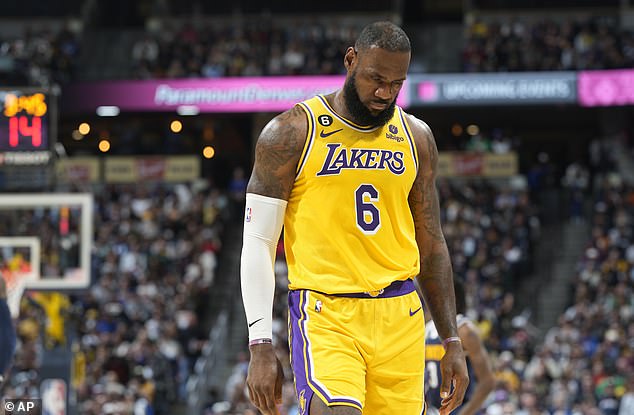 The post expectantly drew attention from several big names as well as thousands of fans in the comment section.

Global brand and James’s sponsor Nike commented ‘TOO NICE WITH IT.’

Fans who commented had a much greater range of comments however, with responses ranging from telling James to request a trade, with others criticizing him for making such a post while the team is 0-4.

‘Request tat trade and shake the room,’ one supporter urged James in the comment section.

‘Another message to Pelinka and the Lakers. BRING SHOOTERS AROUND HIM! Watch the season change,’ another claimed.

However, another appeared to criticize James’ post, reminding him that the Lakers are 0-4.

James was critical of his own mistakes following the loss to the Nuggets.

‘I wasn’t aggressive enough in a lot of my turnovers,’ James said after turning the ball over eight times in L.A.’s loss to the Nuggets.

‘I was coming off a lot of screens, looking to pass, get guys involved, and I wasn’t aggressive enough.’

Correcting James turnovers won’t help the biggest issue the Lakers had on Wednesday which was the fact that they shot 8-30 from 3-point range.

The 26.7 percent they shot on Wednesday made them officially the worst 3-point shooting team through the first four games of the season in league history according to ESPN Stats & Information.

The Lakers face the Minnesota Timberwolves Friday night as they look to avoid going 0-5 and end their nightmare start. 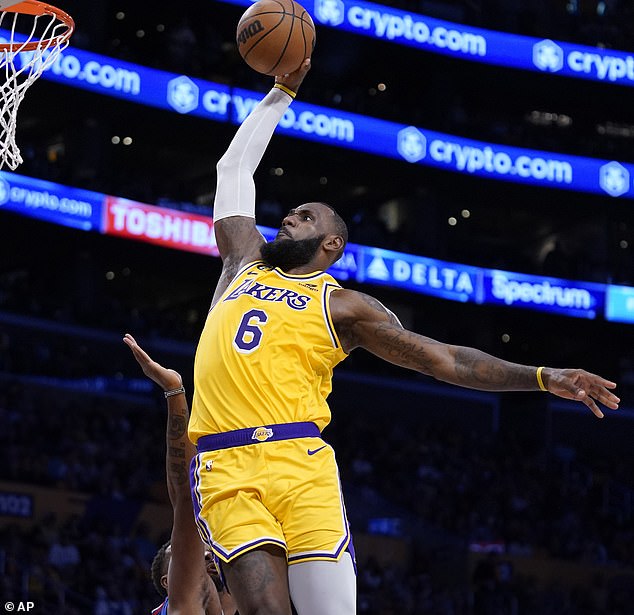 Is it time to accept North Korea has the nuclear bomb?