By Tyrell Feaster For Dailymail.Com and Ap

The Los Angeles Lakers suffered a loss in their fifth straight game of the season in Friday’s defeat to 111-102.

The 28 points from Lebron James were not enough to obtain victory however, it was enough to move him into first place all-time on the NBA‘s list of most career 20-point games in the regular season.

James now sits at 1,135 games with 20 or more points to move him above Karl Malone in the all-time standings. 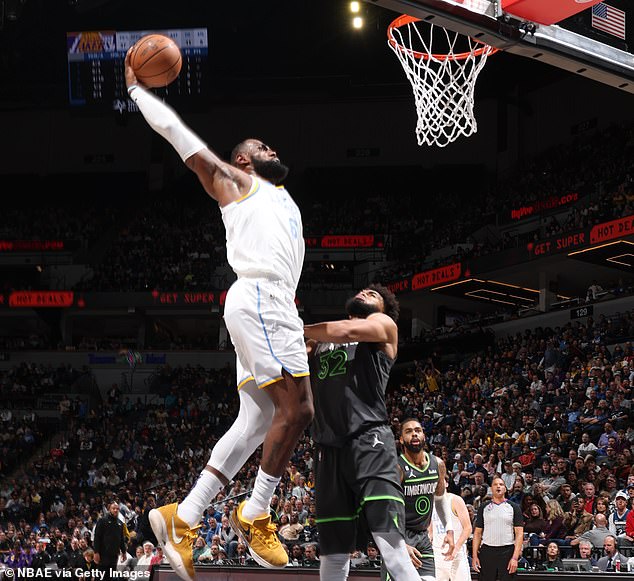 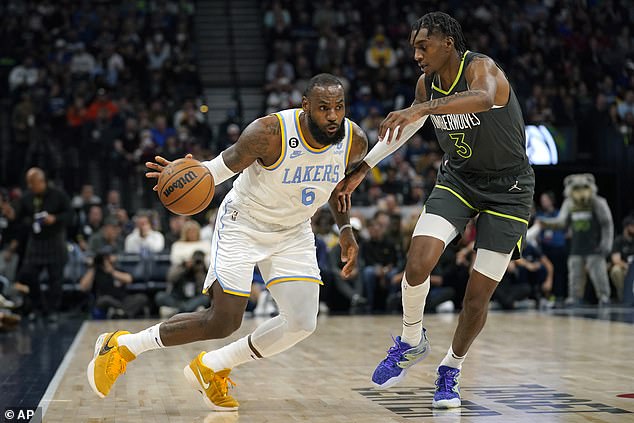 However, even James’s efforts were not enough to lift the Lakers to their first win of the season as their nightmare start continued against the Timberwolves and the team went 0-5.

Anthony Edwards scored 16 of his 29 points in the third quarter, Rudy Gobert added 22 points and 21 rebounds, and the Minnesota Timberwolves extended the Los Angeles Lakers´ winless start with a 111-102 win on Friday night.

Karl-Anthony Towns scored 14 of his 21 points in the fourth and D´Angelo Russell had 11 points for Minnesota, which won back-to-back games for the first time this season and took control with an 11-4 run midway through the fourth.

Anthony Davis did not play due to low back tightness. Russell Westbrook came off the bench for the first time since his rookie season and chipped in with 18 points and eight rebounds. 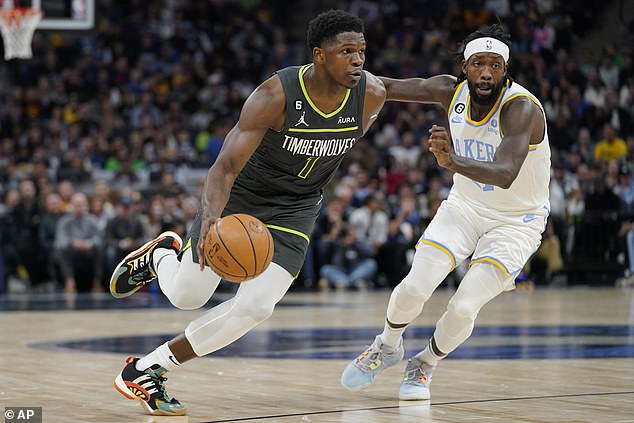 The Lakers also tied a season-high with 22 turnovers, leading to 25 points for the Timberwolves.

Without Davis, Minnesota used its twin towers of Gobert and Towns inside. Damian Jones started for Davis, but Gobert had his way early with six points and four rebounds as the Timberwolves built a nine-point advantage in the first quarter.

With its focus inside, Minnesota scored 46 points in the paint for the game. 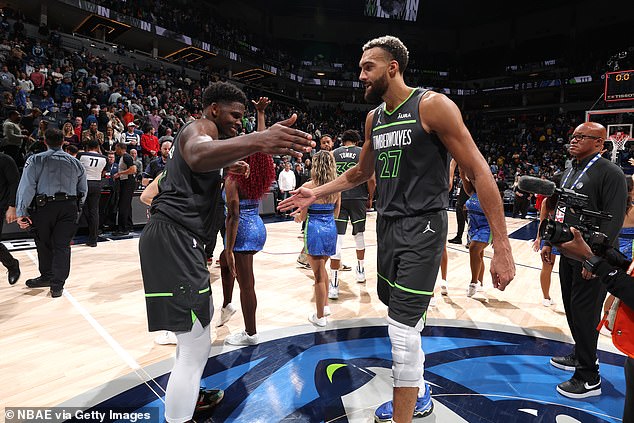