‘He made the greatest catch I’ve seen’: Cowboys owner Jerry Jones hints at a move for Odell Beckham Jr as the wide receiver continues his recovery from a torn ACL

Odell Beckham Jr. will likely have plenty of options once he’s fully recovered from an ACL tear suffered last season, and that list could include the Cowboys based on owner and president Jerry Jones’ recent comments.

Beckham Jr. hasn’t played since last year’s Super Bowl, which he won with the Rams, and it was believed he suffered the injury in that game before he clarified he ‘really played the whole back half of the season without an ACL.’

Regardless, Beckham Jr. played a significant role in helping LA win a ring as he totaled 593 yards and seven touchdowns in eight games (postseason included) with the franchise after being released from the Browns. 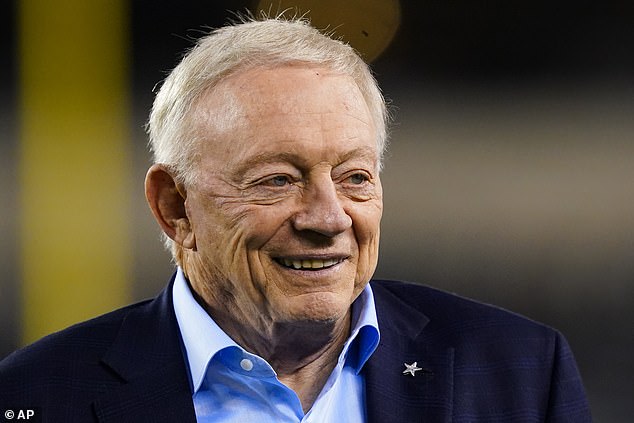 And while Week 8 of this season will pass without OBJ suiting up for a team, Jones hasn’t forgot what kind of player he is when healthy.

‘He made the greatest catch I’ve seen, other than the one Dez [Bryant] made for the touchdown against Green Bay,’ Jones told 105.3 ‘The Fan’ in Dallas Friday, referring to his one-handed grab vs. Jones’ Cowboys in 2014.

‘Bottom line is, Odell is a player that I admire a lot.’ 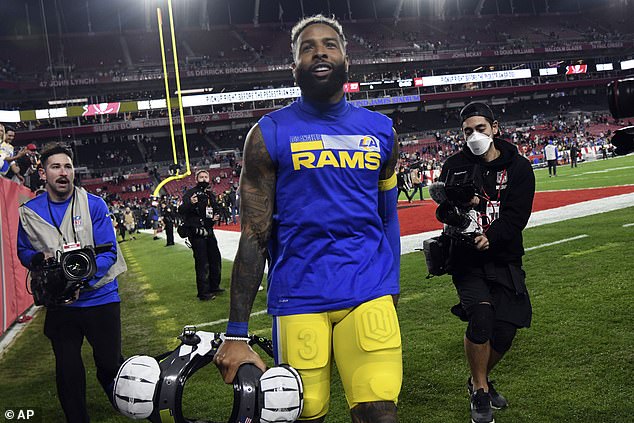 Odell Beckham Jr. played a significant role for the Rams as they went on to win the Super Bowl 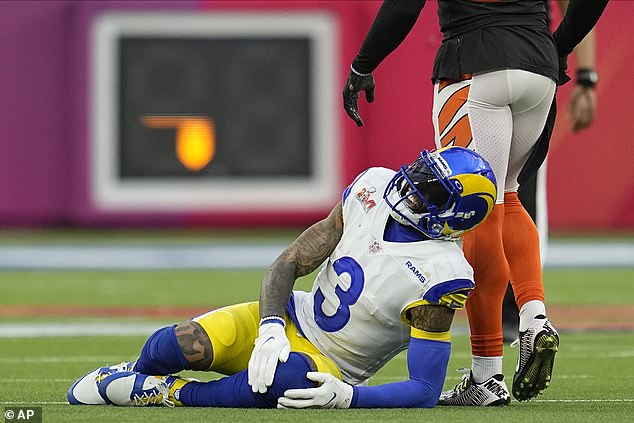 Beckham Jr. was though to have torn his ACL during the Super Bowl but later said the injury happened before the game

The Cowboys have at times leant on their running game this season with Dak Prescott out for five games, though they do like to air it out when their starter is healthy.

CeeDee Lamb headlines a respectable group of receivers, but without another elite-pass-catcher on the roster, it’s not hard to imagine Beckham Jr. carving out a role for himself in Dallas were he to sign there.

Beckham Jr. has seemingly rehabbed his image after his Super Bowl run with the Rams following a two-and-a-half year stint with the Browns that did not see the wideout at his best.

Despite posting a respectable 1,035 yards in 2019, his debut season in Cleveland saw him reach a career-low in yards per game to that point, while he tore his ACL seven games into the next season and generally struggled to produce amid wayward quarterback play.

Beckham Jr. was traded midseason to the Rams last year after playing six more games for the Browns, and was only on a one-year deal with LA when he injured himself.