Pep Guardiola reveals Kalvin Phillips has ‘perfect’ mobility in his shoulder and could play for Man City before the World Cup, while Kyle Walker is also ‘optimistic’ about making the tournament… with the England duo sweating on their places for Qatar

Pep Guardiola has revealed that Kalvin Phillips is progressing well in his recovery from a shoulder problem and could play for Manchester City before the World Cup.

Phillips joined City from Leeds for £45m in the summer but has been limited to just one brief substitute appearance in the Premier League due to an ongoing shoulder issue.

His place at the World Cup has looked to be in jeopardy following his lack of game time, but Guardiola has delivered a positive update on his rehabilitation, and thinks the 26-year-old could feature for City in the coming weeks. 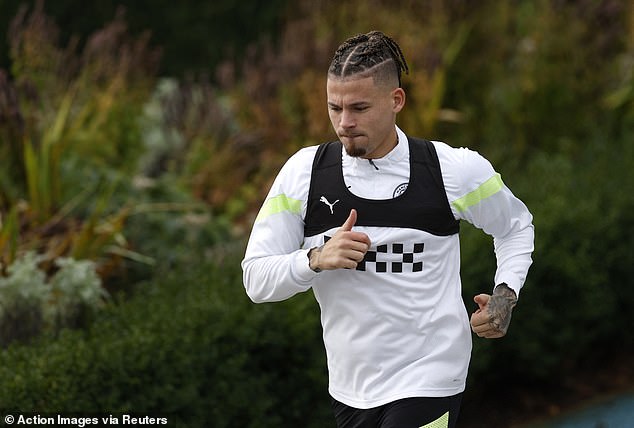 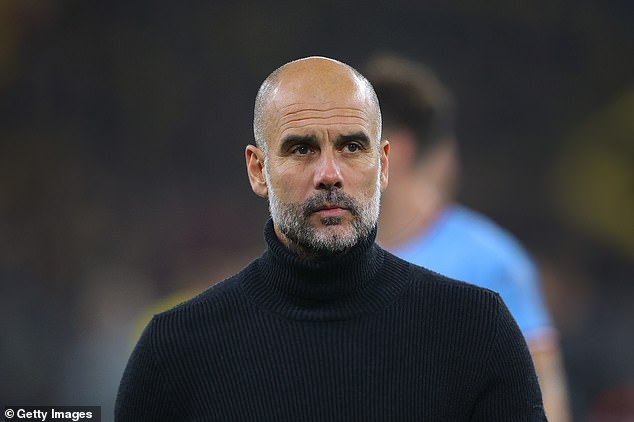 ‘He feels really well, his mobility in his shoulder is perfect,’ Guardiola said at his pre-match press conference ahead of Saturday’s game against Leicester.

‘He has to avoid contact with his teammates at the moment. If he is fit and I believe he can play then maybe he can make some minutes [before the World Cup].’

Kyle Walker is also on the treatment table at City after undergoing groin surgery earlier this month.

Time is running out for Phillips and Walker to prove their fitness, with Gareth Southgate set to name his squad for Qatar in just under two weeks, but Guardiola has confirmed the pair have been in contact with the Three Lions boss and are ‘optimistic’ of making the tournament. 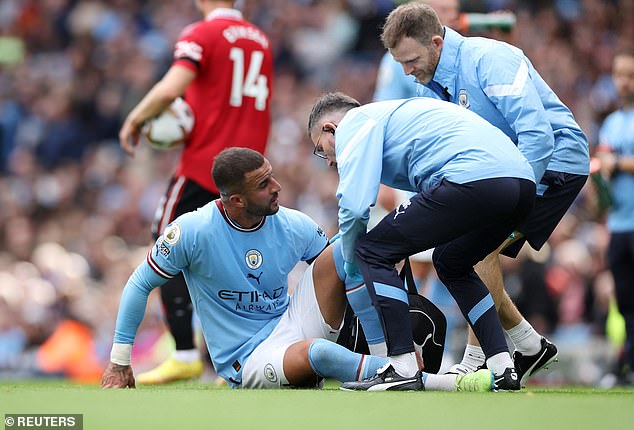 ‘They are positive, optimistic, they are in touch with Gareth [Southgate]. I don’t know, hopefully they can be ready to be selected,’ he added.

Phillips and Walker have 93 international caps between them, and both played crucial roles in England’s run to the final of the Euros last year.

Having both of them available would be a major boost for Southgate ahead of England’s opening game against Iran on November 21.