Boston Bruins winger Brad Marchand, who was supposed to be out until Thanksgiving after double hip surgery, will instead make his season debut Thursday night against the Detroit Red Wings.

Bruins coach Jim Montgomery said Marchand will assume his spot on the first line with Patrice Bergeron and Jake DeBrusk. Montgomery hopes to keep Marchand to 16-17 minutes on ice against the Red Wings.

Marchand, 34, underwent hip arthrosocopy and labral repair on both of his hips in late May, and the Bruins described his expected recovery time as six months. 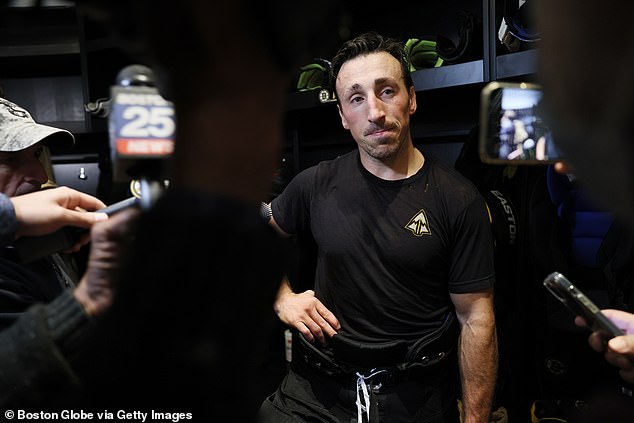 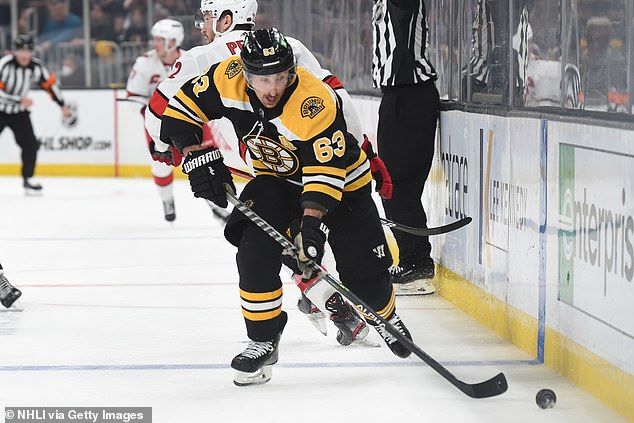 ‘We had this date circled on the calendar months ago.’

Montgomery said Wednesday that Marchand was ahead of schedule and that he hoped to get him back in 10-14 days. 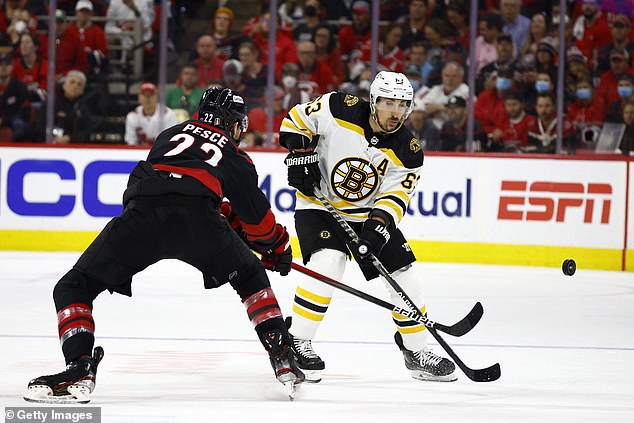 Marchand (right), a four-time All-Star, is expected to play against the Detroit Red Wings today

‘I was a little coy (Wednesday) because we didn’t wanna get ahead of ourselves,’ Montgomery said. ‘We wanted to see how he responded to a good, hard practice (Wednesday).’

TOP 10 AI MARKETING TOOLS YOU SHOULD USE