VIDEO of a woman wearing a tiny G-string swimsuit to a family water park has caused a stink online – but not everyone agrees it’s “inappropriate”.

She appears almost naked in the flesh-coloured backless one-piece surrounded by splashing kids in the viral TikTok clip.

A concerned parent filmed the video – apparently at a pool in the US – and zoomed in to show the woman’s costume.

Only a slither of fabric is visible when she is facing away from the camera.

The text overlay on the clip asks: “Is this appropriate for a family water park or NOT?”

The TikToker who posted it asked others to weigh in on the debate, while making her own view clear. 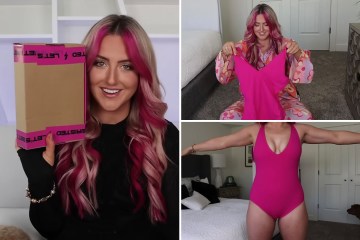 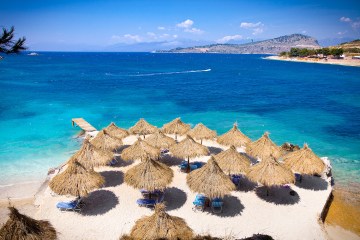 She wrote in the caption: “Thoughts!! I don’t think its appropriate there’s kids all around her, but she looks great. #thongbikini.”

Opinion was divided in the comments, with one calling it “public indecency” and another claiming the outfit “belongs on an adult beach for sure.”

One said: “That’s too much. Time and place. I wear stuff like that but I wouldn’t wear it there out of respect for others.”

Another said: “No. Just wear normal bathing suit if kids and families are around.”

But many others said it was only prudish parents who would have a problem with it, not their children.

“I wouldn’t have even noticed if it wasn’t pointed it out,” another user claimed.

Another parent said: “Kids ain’t worried about that. They just having fun in the water.”

And another said: “Honestly bodies aren’t inherently sexual, it’s all about how you view it.”

In May this year Ice T’s wife Coco Austin was “mom shamed” for wearing an eye-popping thing bikini to a water park with her six-year-old daughter.

Fans on Instagram slammed her outfit as “horrid” and “indecent” and said it was not appropriate around kids.

But others hit back at the haters. One said: “If you don’t like seeing her a**, then don’t look at it. She’s not hurting anyone.”